CBD, short for cannabidiol, is a chemical compound derived from the cannabis plant, but one that does not result in a high. It has become wildly popular during the last several months because of claims that it helps with a variety of ailments, from anxiety and diabetes to headaches and menstrual cramps.

But while CBD is now as common as coffee in some neighborhoods, sold in shopping malls and tested by a national hamburger chain, possession of CBD in some places can prompt an arrest.

In Duncanville, a suburb of Dallas, the authorities broke down the door of Ms. Wazwaz’s store, seized CBD products and thousands of dollars in cash, and confiscated employees’ personal cellphones.

“I’m not some mob boss,” Ms. Wazwaz said in an interview. “I’m a soccer mom with kids.”

Confusion over CBD dates back years, but it intensified last year when a provision of the 2018 Farm Bill lifted a federal ban on hemp production that had previously classified hemp as a controlled substance on a par with heroin.

Both hemp and marijuana are varieties of the cannabis plant, which is believed to have been among the first plants that humans cultivated. The plants produce a family of chemicals known as cannabinoids, some of which are psychoactive — meaning they produce a high when smoked or ingested — while others are not. A major difference between marijuana and hemp lies in how much of each they produce.

Marijuana is rich in THC, or tetrahydrocannabinol, the psychoactive component; it can account for as much as 40 percent of the total cannabinoid content. Hemp, on the other hand, is richer in CBD, and generally contains only 0.3 percent THC or less. CBD oils, which are processed from the hemp plant, are legal to possess under the new federal law as long as they, too, contain no more than 0.3 percent THC.

Most states, though, have yet to change their laws to match the new federal rules, leaving local police and prosecutors in a quandary over what is legal and what is not. The result has been a gold rush of CBD marketers, a raft of online ruminations about what is permissible, and, increasingly, confusion.

For instance, when farmers in Oregon and Kentucky, which produce large amounts of hemp, send their product through Oklahoma and Idaho, truck drivers are sometimes arrested by state and local police for drug trafficking. 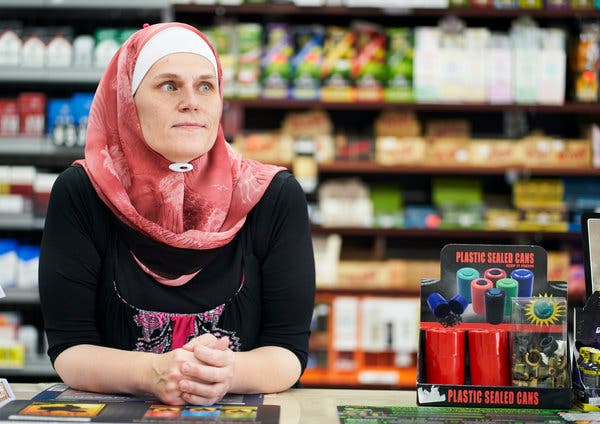 Amy Wazwaz inside her store in Duncanville, Tex.CreditCooper Neill for The New York Times

Though now legal under federal law, CBD is still subject to regulation when it is sold with a claim of therapeutic benefit. Federal policy maintains that adding CBD oil to food products is the same as adding a prescription drug — in other words, forbidden without a doctor’s prescription. But states and cities have made their own rules on the issue, creating up a dizzying, sometimes contradictory patchwork of regulations for consumers, who also have few rigorous scientific trials or studies to rely on about the product’s true effects and limitations.

A recent Colorado law, for example, appears to clash with federal rules by stating that all parts of the hemp plant can be legally added to food for sale. And Missouri, which only a few months ago approved medical marijuana, now allows CBD to be served in alcohol.

Elsewhere, California, Georgia and New York City have sided with the federal authorities, banning the addition of CBD to food. In New York, health inspectors have begun to confiscate CBD-infused cookies.

Adding to the chaos, officials in Texas, Ohio, Nebraska and other states have arrested people for selling CBD products regardless of whether they contain levels of THC higher than the 0.3 percent permitted under the new federal rules.

The Food and Drug Administration has scheduled a public hearing this month on the safety, sale and use of products containing cannabis and cannabis-derived compounds, including CBD.

Texas is where much of the tension has arisen.

CBD products are widely available in Texas, even though state law allows prosecutors to charge people with a felony for possessing a product that contains even the slightest amount of THC.

In Austin, the police say they believe CBD products containing less than 0.3 percent THC are legal. Yet in Tarrant County, home to Fort Worth, Sharen Wilson, the district attorney, has said she will prosecute all CBD cases whether or not any level of THC is present.

“The citizens of Texas really need clarity,” he said, “because you have a lot of people who don’t think they’re doing anything wrong, but if you’re on the wrong side of a county line, you could be prosecuted for a felony.”

Residents in San Antonio may be confused even if they don’t cross any jurisdictional lines.

Joe Gonzales, the local prosecutor, said, “We won’t proceed on prosecuting CBD cases until the Texas Legislature clarifies the law.” But the city’s police department says it considers any amount of THC present in CBD to be illegal, punishable as a felony.

Around San Antonio, CBD is sold openly and shops display prominent advertisements for it. Three retailers said that police officers were among their most dependable customers, using CBD oil for aches and pains as well as stress.

Products containing CBD in a display case at the GM Tobacco shop in Duncanville, Tex.CreditCooper Neill for The New York Times

“I have a lot of anxiety, and marijuana makes it worse, but this is calming,” Andrea Santinelli, 29, said of the daily dose of CBD she takes in her coffee.

“I said: ‘Oh, we’re fine. We don’t have any marijuana. You can search as much as you want,’” Ms. Wazwaz recalled.

But when the officers began to confiscate hemp and CBD products, Ms. Wazwaz said she told them, “You know this is industrial hemp, right? And you know this is CBD oil?”

The Duncanville police confiscated nearly $12,000 in cash, two firearms, cellphones belonging to employees, items containing CBD, and what officers described in police reports as more than 30 pounds of marijuana. Ms. Wazwaz said it was hemp.

“We go by the letter of the law,” said Nathan Roach, a Duncanville police sergeant, who said that officers found products containing THC in the store, and the department considers those products illegal. “The only way you can legally possess CBD,” Sergeant Roach said, is if you have a prescription for Epidiolex.” Epidiolex, a drug containing CBD, has been approved by the F.D.A. to treat epilepsy.

Duncanville’s pursuit of Ms. Wazwaz put local prosecutors in an awkward spot, because the district attorney, John Creuzot, has pledged to stop pursuing low-level cases, including those for marijuana possession.

But while Mr. Creuzot contemplated charges, his office signaled its intentions by filing asset forfeiture documents requesting that the authorities be allowed to keep items seized from the shops.

After The New York Times contacted Mr. Creuzot’s office about the case, a spokeswoman for Mr. Creuzot wrote in an email that the office had decided not to pursue charges against the Wazwaz family and would halt its efforts to retain items confiscated during the raid.

Ms. Wazwaz said she was pleased to hear that, but remained cautious, given all the lingering confusion over CBD. “I want it in writing,” she said.

What Does Omicron Look Like in Kids? – Verywell Health