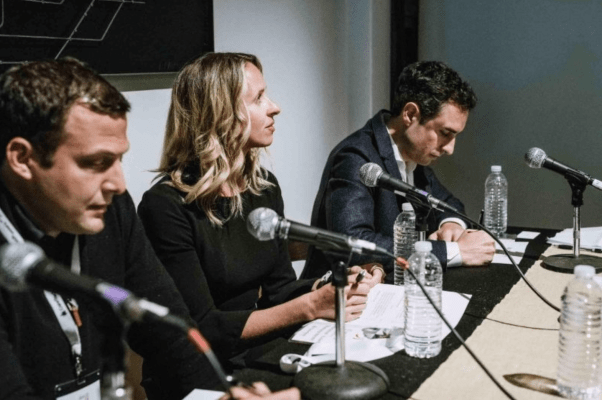 If you’re a cannabis investor or a founder working on a cannabis-related startup, you’ve probably heard of Poseidon Asset Management.

The San Francisco-based investment firm is one of very few that is focused narrowly on the industry, which remains fairly insular for now. Poseidon has also been at it longer than most outfits, having begun making bets on cannabis-related companies six years ago. More, Poseidon has managed to stuff checks into some of the fastest-growing companies in the sector, including the cannabis vaporizer company Pax Labs and the e-cigarette company Juul, whose founders created the Pax vaporizer before peeling off to win over smokers. Indeed, because Poseidon has largely invested the money of high-net-worth individuals and family offices, it hasn’t been constrained by the same vice clauses — or restrictions by backers like pension funds and other institutions — that can impact where venture capitalists invest.

Poseidon is notable for yet another reason, too. It was founded by siblings Emily and Morgan Paxhia, whose parents both died of different cancers at the ages of 46 and 52, respectively. In fact, despite — or because of — being a young teenager at the time, Emily Paxhia says she can still very much remember the hospice nurse who recommended to her father that he smoke pot to ease his pain. Little did Paxhia know then that cannabis — then a surprising and exotic concept — would later inform the career she now enjoys.

We talked about it earlier this week, as well as how Paxhia and her brother decided back in 2013 that cannabis was going to be the next big thing. If you’re curious about their path, and where they’re shopping now, read on.

TC: You grew up in Buffalo and you say your parents were entrepreneurial.

EP: Our dad restored homes in an economically depressed part of Buffalo, and our mom worked for a real estate agency. When she began running his books, voilà, we had a family business.

TC: Then he became sick when you and your siblings were young. How did that impact you?

EP: He was a dyed-in-the-wool hippy. We had Woodstock tickets in our home. He never really accepted the status quo, which I think informs the way we view the world. But yes, he became aggressively sick with cancer in 1994 and passed away in 1996, and it was this non-virtuous cycle, where they would put him on this or that medication and each had its own terrible side effects. Finally, a hospice nurse who came to our home said, “John, maybe you should smoke some pot.” She told us it would help with his appetite and reduce his anxiety and help him sleep. It was this palliative care thing that had been stigmatized but she believed was useful. I don’t know if he tried it or not, but then he passed away, and five years later, our mother, who was very healthy and ran and took care of herself, also died of cancer.

I’ve often looked back and thought that if my parents had [used cannabis at the end of their lives], they would not have suffered so greatly.

TC: How did you get from Buffalo to starting a fund in San Francisco, seemingly out of the blue?

EP: After college, I was spending time in New York and in San Francisco, working in market research, including on behalf of Amex and Viacom and Comedy Central — all companies competing in markets that were very saturated. It was hard to find white space. When I moved to California, I started to see people lining up outside the doors of dispensaries and I thought, Here are people who ordinarily wouldn’t break a law, but they’re doing something that’s federally illegal because they want cannabis. Brick-and-mortar is dying elsewhere and it’s thriving here. This is what product-market fit looks like.

TC: At what point did you decide to partner with your brother and why?

EP: He worked for UBS during the downturn [of 2008] and then he landed in Rhode Island, working for a private registered investment advisor. And I called him, and I said, “Dude, I think the ‘thing’ of our generation is cannabis.” I actually remember where I was standing in San Francisco. We’d always thought we’d be in business together, and he took me 100% seriously, and then we couldn’t turn it off. From that point on we were figuring out how do we participate in this?

It was Morgan who identified that a fund made the most sense, that the industry was happening and it was very underserved from a tech and investor perspective. He knew the industry was going to need funding and that investors would need an actively managed strategy.

TC: How did you get started?

EP: It was hard. It was very hard to find attorneys to work with us, but we did. The same was true of auditors and back-office administration. Everything that’s normally a check-the-box type of process was hard.

TC: What about investors? How did you begin lining these up without a track record?

EP: I had that qualitative consulting experience, working with brands and helping them scale; Morgan had traditional investment experience. But there were no data sets at the time. All we could do was be “in market” all the time. We traveled to be with companies. We traveled to different geographies because each has such complicated regulatory nuances to it.

Raising money was really difficult. We got laughed at quite a bit. It’s funny, many of our earliest investors were lawyers because I think they understood the real, versus the perceived, risk involved in what we were doing.

TC: Eventually, you began to assemble this evergreen-type fund and you began investing while fundraising. Where were you shopping at the outset?

EP: We focused initially on the tech aspect of the industry. To us, that was where we saw the biggest gap and the biggest opportunity to potentially scale quickly. Also, those companies tended to be started by tech founders who were [secondarily] interested in cannabis.

TC: How were you drumming up deal flow?

EP: It was going into stores, seeing what they were using in terms of tech, talking with retail associates about what people were buying, going to industry events and to cannabis job fairs to see who was hiring, then starting to build relationships with those companies. We knew as entrepreneurs ourselves that being as founder-friendly as possible would be the key to our deal flow. And we started having founders bringing us other founders. We’ve now led 20 rounds at this point, and our best deal flow has come from the founders themselves.

But it’s also been a matter of getting out there and walking up to people and saying, “Have you thought about raising capital? If so, let’s keep talking.”

TC: Do you feel like you now recognize founders you shouldn’t back?

EP: What 100% does not work in this industry is hubris. In other areas of business, a certain level of confidence bodes well for founders. But this is not a move-fast-and-break-things industry. There are so many regulatory challenges that you really need to know the lay of the land. I’ve seen people come in and bounce right out again because of their attitude.

Founders also need to understand the extra costs in time and money that come with running these businesses and to model accordingly; otherwise, projections are off and valuations are off and you’re potentially facing a down round later in time.

TC: You were able to return money to investors in January, after Juul distributed a special dividend. Is that your biggest exit to date?

EP: That was a big one, but we’ve had other big exits out of [an earlier] pair of funds through [several investments in Canadian companies], including [medical marijuana company] Aphria [which went public last October] and Canopy Growth [which went public in 2014, is Canada’s second-largest grower and is currently valued at roughly $15 billion]. Canada is a very different market. You can order cannabis from the government and it will arrive in the postal mail. It’s very top-down unlike in the U.S., where the market is very bottom-up and state by state.

There’s a lot of investment going on [across U.S. and Canada]. It’s very permeable at this point. I was in Toronto last week, and licensed producers there want to invest more in California. We’re meanwhile looking at Latin America and Europe.

TC: That’s interesting. Where in Latin America and why?

EP: The cost to produce cannabis in Colombia is extremely low. Cannabis grows on a 12-hour cycle very well and the equator runs through the country’s southern sector [making its warm climate conducive to the plant’s growth]. Local companies can export the products at a lower cost than in Canada and Europe. [Operators there] also have distribution relationships with European markets [that are buying medical marijuana].

Mexico is also expected to roll out its medical program in the fourth quarter of this year, which is exciting.

TC: Obviously these places have been home to drug cartels for years. Do you worry that these same organizations will take an interest in what’s being built legally in their backyards?

EP: We’ve gotten comfortable with both places. I think the cartels have begun to pivot to other places like meth. I also don’t think it’s worth it to the cartels to get involved with legal government channels. And the groups that we focus on are themselves focused on medical cannabis and distribution to other medical touch points globally [and not the same places into which cartels are trying to move goods].

TC: I’ve read that Poseidon is trying to raise a new, $75 million fund. How far along are you?

EP: We have capital commitments for half the fund and hope to close it this summer. We want to be able to deploy [more capital] before legalization is [more widespread] and we have to compete with bigger funds.

TC: What is your pacing like? Relatedly, how fast do you have to move on these investments, or do you have all the time in the world right now?

EP: We expect to invest this new fund in 15 companies over two years. We’ve funded five startups with it since November, but we were in diligence on one of those for months. I’d say the average deal takes 60 to 90 days to pull together right now. We start our own diligence before the company is considering a Series A, which is where we invest. We want to help structure the round, to lead it, to have a board seat — to demonstrate our value add.

TC: Are you seeing many, or any, particularly frothy deals?

EP: Valuations are not going crazy, but the more popular a deal gets, the harder it becomes, as with any investment. We’re wrestling over a term sheet right now because other groups got a look at it and want us to lead it, but we’re also getting negotiated against a little bit.

TC: Any parting words for investors who want to jump into the industry? Any advice?

EP: I’d say to go to events and walk the floor to see who and what stands out.

I went to MJBizCon [the Marijuana Business Conference and Expo] that happens annually every winter. The first few years that we went, there were a few hundred schlubby guys walking the floor. The year before last, there were 3,000 people in attendance, looking a lot less schlubby. Last year, I think there were 27,000 people, which I took as an indicator that there’s some interest in this space. [Laughs.]