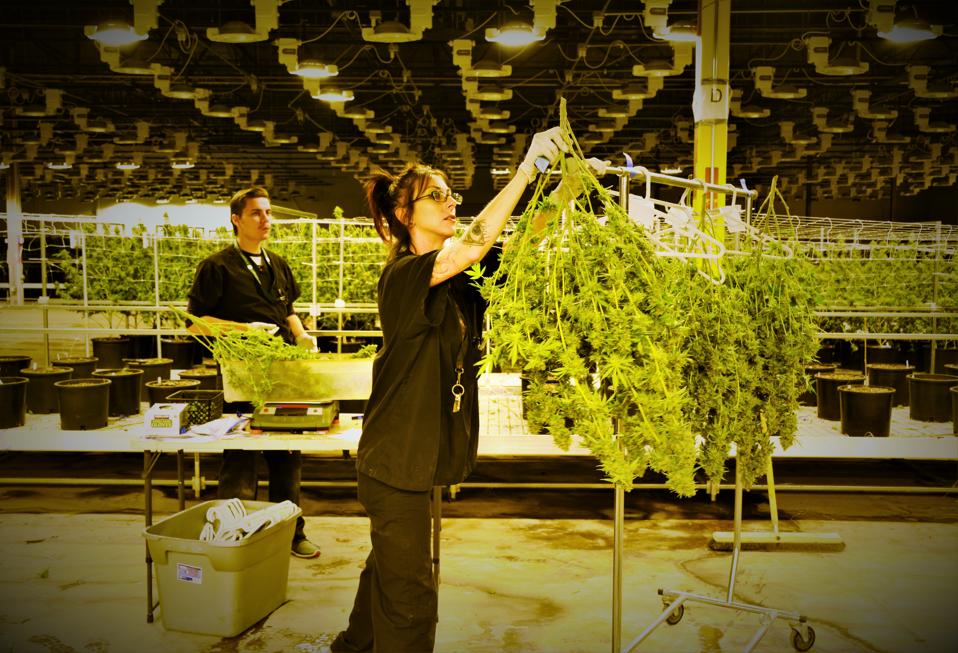 Harvesting product for ONE Cannabis, a Colorado-based dispensary franchise.

Franchising in the U.S. is part of the nation’s business culture and an economic force, generating $451 billion last year. So it’s not surprising that entrepreneurs in the world of cannabis are attracted to the fast growth it can provide.

One such player in the cannabis industry is Christian Hageseth, cofounder of Green Man Cannabis, a Colorado-based grower and dispenser of the crop. Hageseth has been toiling in the space for years. His varied career began after college, working in ice cream retail, IT recruitment, mortgage banking and home investment. In 2009, a chance meeting with a cannabis dispensary owner inspired him to enter the industry as a grower in Colorado, providing marijuana for medical patients. “The entrepreneur in me was fully engaged with this concept of legal cannabis and what it might be,” he says. Along the way Hageseth’s company opened its own dispensaries and created new strains of award-winning cannabis. 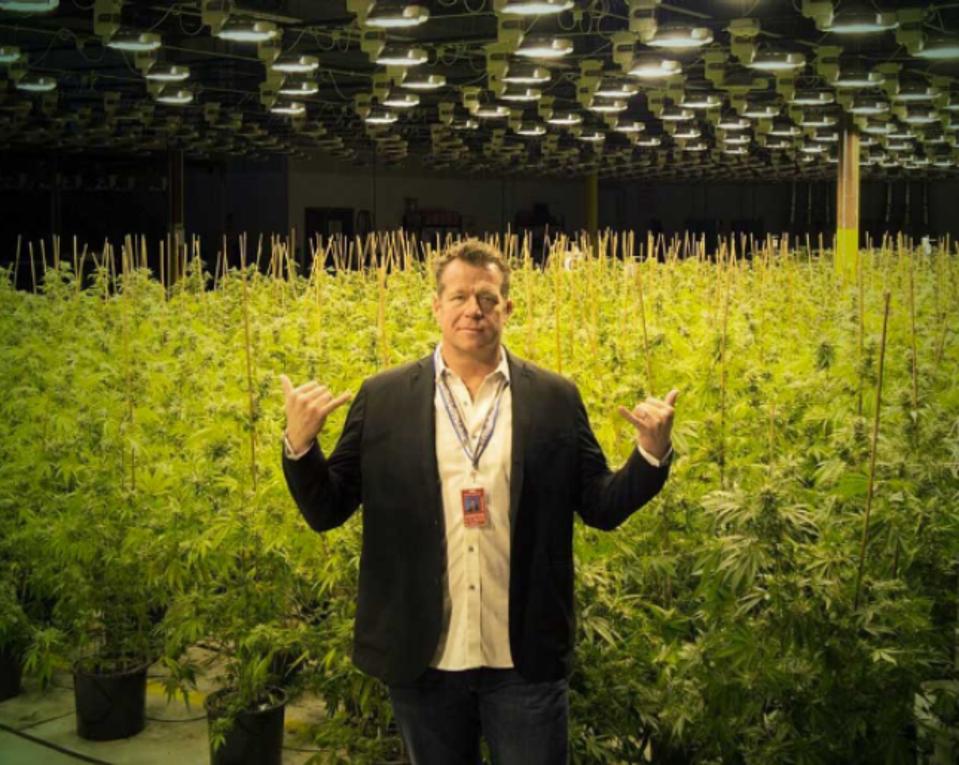 Christian Hageseth, CEO of ONE Cannabis.

Hageseth latest venture, with COO Mike Weinberger (a lawyer and formerly the CEO of Maui Wowi Hawaiian Coffees & Smoothies), is the development of a Denver-based retail concept called ONE Cannabis that will sell the plants Green Man grows. So far, the company has sold the rights to five locations—all in Colorado—each for a $130,000 franchise fee, though the company estimates it costs franchisees between $325,000 and $1.13 million in startup costs to open a shop, depending on the location. All of the dispensaries are in site-selection and have yet to come online, says Weinberger, but the existing Green Man dispensaries, owned by the home office, will be folded into the ONE Cannabis brand.

But launching a cannabis franchise is not as straightforward as starting a hot dog franchise, because the nature of the product, which is controlled under federal law, creates some barriers to entry.

Cannabis has been legalized in 11 states, including Colorado, California, Oregon and Alaska. But federal law enforcement is an ever-present threat to businesses that trade in cannabis—a Schedule I substance “defined as drugs with no currently accepted medical use and a high potential for abuse,” essentially on par with heroin. In theory, federal law enforcement can seek to shut down cannabis dispensaries in a state where its use has been decriminalized, though the possibility of that happening is very small. 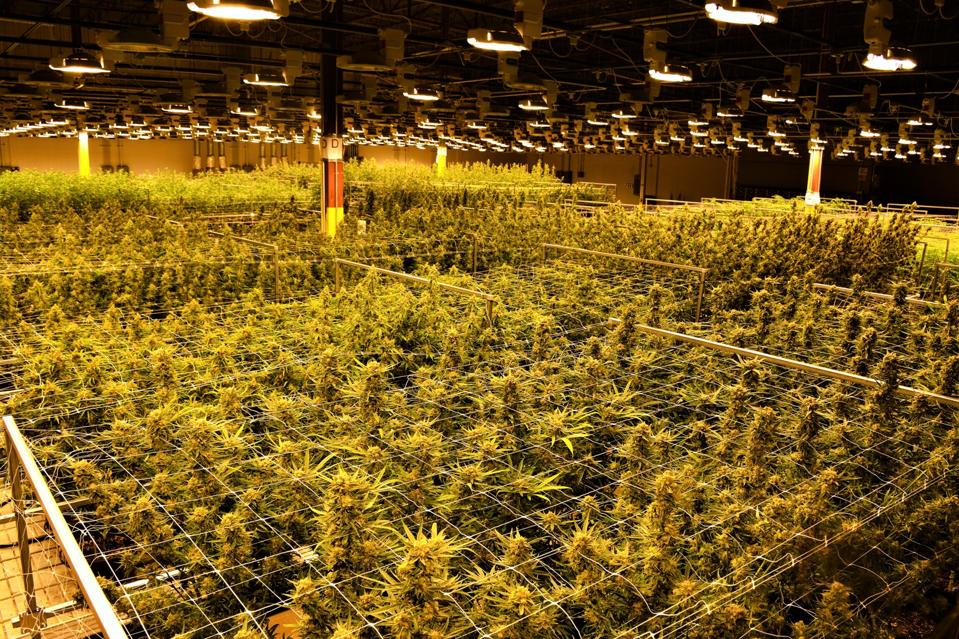 But federal law hampers cannabis producers and sellers the most by stonewalling their ability to offload product through shipping—selling to customers or businesses that are out of state is a no-no, as is shipping supply to, say, a franchise location in another state. “That would potentially give the federal government a reason to get involved because it would be involving interstate commerce, which they can regulate under the commerce clause of the Constitution,” says Henry Baskerville, a Denver-based lawyer with experience advising individuals and businesses in the marijuana industry. Blocking access to out-of-state customers creates a glut and can drive down prices in states where cannabis has been decriminalized, he explained.

According to federal statute 26 U.S. Code 280E, businesses that deal in schedule I and II substances cannot receive tax deductions or credits for any money they pay or incur during their operations—like shipping, rent, mortgage or employee expenses. That means that entrepreneurs can’t recoup operational costs.

For a franchisor, revenue generated by taking a percentage of its franchisees’ sale sales—the royalty fee—cannot have any deductions applied to it. This narrows profit margins significantly. Typically, a franchise organization like ONE Cannabis would expect to have its income taxed at a 36% rate, Hageseth says. “When we realize the full burden of 280E, 52% of our income was paid out as tax to the federal government.”

The fix for 280E is maximizing a business’s efficiency, says Jim Marty, CEO and founder of Bridge West, a Colorado-based accounting firm that focuses entirely on the cannabis industry, serving more than 300 cannabis license holders in the U.S., including ONE Cannabis. The trick for cannabis retailers in general, he says, is to minimizing nondeductible expenses. “You can sell a lot of cannabis out of 800 square feet—you don’t need a 5,000-square-foot spa-like atmosphere,” Marty explained. Labor costs also need to be minimized, so working with a skeleton crew is advisable “and since advertising is not deductible, try to advertise in places where advertising is inexpensive or even free, like social media.”

Open a sandwich franchise and chances are that the vast majority of folks who walk past your storefront know about sandwiches, approve of sandwiches as a concept, have consumed sandwiches and have enjoyed them. Cannabis, however, is a relative mystery to many and can elicit mixed reactions, either because of negative association or bad experiences or lack of exposure. Reaching those potential customers is an ongoing process, and not necessarily a rapid one, which means limited customer appeal in the short term. “[In Colorado] we’ve been doing it for quite a while,” Weiberger says. “But other states haven’t even seen a dispensary, they’ve never been inside of one, and they don’t know what an edible is and they don’t know what a sativa or and indica is.”

The legal complexities of the industry, says Hageseth, had, for a while, kept moneyed investors from making big plays—it was just too much of a headache to deal with, too risky. For those with the gumption, that breathing room was invaluable. But an increase in investment in the past couple of years—as well as recent congressional actions regarding cannabis businesses—has shown that things are changing. “This industry is going to dramatically shift to big money when these legal issues and tax issues are resolved,” Hageseth says. “Mike and I get the opportunity to do this right now because it is this hard. We will figure it out but others won’t. As an entrepreneur, that’s the greatest opportunity ever.”