Bid farewell to the merch stand mainstays of T-shirts and tote bags and say hello to pop’s latest money-spinner: weed. Noted musical marijuana enthusiasts Snoop Dogg, Willie Nelson and the Bob Marley family estate have been in the game since 2015 when medical cannabis was made legal in 33 states, but now that recreational use is allowed in 10 states (and the entirety of Canada since last year’s C-45 bill), the green-fingered merch market is booming. And its sights are set firmly on women, the industry’s biggest growth area, with the number of female consumers almost doubling during 2017 to make up 38% of the market, according to a report by cannabis delivery platform Eaze.

To appeal to this new fanbase, it’s out with the stoner-dude stereotype of marijuana and in with a new take on getting baked, meaning the kind of musicians you’d see on Pitchfork rather than High Times are now getting involved. “Many artists sell clothes or shoes, some sell wine and beer, others advertise for fast-food companies,” explains Third Man-signed country singer Margo Price, who has a strain named after her last album All American Made. “Me, I’m into selling a plant that God grows,” she says. Currently, Price’s product is only available on her merch table in California, but it’s proving popular. “From what I understand, it’s selling very well!” she says, and she’s hoping it will soon be available in other states, not least because it makes good business sense. “I think there’s more money to be made in the weed industry than selling records. No one buys albums any more – most people just stream them for free – but lots of people buy weed!”

Price’s weed is a sativa, which, for those who don’t speak fluent Seth Rogen, claims to give you an energetic and talkative buzz rather than make you face-plant into the nearest soft furnishings like its more intensely chilled cousin indica. “It’s great if you need to stay motivated to clean your house,” Price claims. 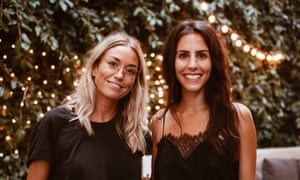 Alternative Americana singer-songwriter Jenny Lewis also has a signature strain inspired by her recent album On the Line, which she says is appealing if you’re trying to actually get stuff done. “She wanted something energetic, and sativa’s main characteristic is not blow-you-away strong. You can smoke it and then go write a new song, or play some music and talk with a friend,” says Graham Farrar, CEO of Glass House Farms, the eco-friendly, sustainable company that Lewis has partnered with, which tenderly grows its plants by the Californian ocean.

Rather than creating her very own strain – which would be an intense, lengthy process of breeding one plant with another – Lewis tested 20 different kinds of weed and picked her favourite. “When we had our meetings, she showed up and busted out her stash and started smoking. She’s a true fan and not just doing a greenwash,” says Farrar. When it came to picking the strain, it was all about matching the vibe of the album with the weed. “She has an emotional message she wanted to give to people through her music and we said: ‘Do that, but do it with our cannabis,’” he explains. For ultimate ease, Lewis’s weed comes available in packs of five pre-rolls, a popular medium for the sale of marijuana in the US, especially for those who have only started experimenting with the drug since its legalisation. “We’re talking to an audience that’s more canna-curious than expert and a pre-roll is a super-accessible way to do it,” says Farrar.

There is, of course, a more serious backdrop to pop culture’s celebration of cannabis. Parallel debates have been running during this current spike in popularity: one, that weed should be decriminalised and normalised; the other taking the view that it’s a gateway drug that affects mental health. For example, a study from King’s College London in March this year made a link between frequent cannabis use and high-strength varieties and mental health problems among users; while George Soros’s Drugs Policy Alliance, which is fighting the “war on drugs”, states that rates of schizophrenia and other psychiatric illnesses have “remained flat even during periods of time when marijuana use rates have increased”.

Still, the “canna-curious” market continues to grow, and it is driven by women aged 25 to 44 who are seeking low-dose products as well as new mediums to imbibe the drug, with everything from THC-infused sexual lubricant made by a company called Foria to the discreet, Juul-like vape pens rolled out by Price. Increasingly, it is a market run by women as well as targeting them, with 36% of exec roles in the industry taken by women, throwing the US average of 15% into stark relief. A relatively new industry, it doesn’t have a thick glass ceiling to smash. Miss Grass, an online magazine and artfully curated store, has been called “the Goop of cannabis” by W Magazine, in reference to Gwyneth Paltrow’s swanky holistic health brand. Catering specifically to the female-focused weed market, it launched last year in California, but CEO Kate Miller first planted the seeds a decade ago after noticing how little mainstream representation female pot users had. “There were no brands or media portrayals of cannabis consumers that resembled how myself or my girlfriends were consciously integrating cannabis into our lives,” she says.

In 10 years, things have changed a lot. Where once it was Jeff Bridges’s Dude in The Big Lebowski, or Seth Rogen in … everything, shows such as Broad City and HBO’s High Maintenance, and the Netflix film Someone Great, have begun to shine a light on female stoners. Marijuana is fast becoming a lifestyle choice, rolled into the current vogue for “self-care”, and is no longer the sole preserve of bros who wake and bake in order to watch reruns of South Park. It is a key part of the latest cult lifestyle trend: “California sober”. A term coined by writer Michelle Lhooq, it sees people in LA shunning alcohol and drugs, apart from natural psychedelics and marijuana, fitting in neatly with Lewis and Price’s products and Lhooq’s own LA-based Weed Rave, where marijuana rather than class A drugs is the favoured party fuel.

“It was kind of tongue-in-cheek, obviously; I know I’m not sober-sober, but also a way to espouse a different paradigm when it comes to drugs,” explains Lhooq, the author of Weed: Everything You Want to Know But Are Always Too Stoned to Ask. “Our relationship to ‘drugs’ is quickly evolving, especially with the huge breakthroughs that researchers have discovered with weed and psychedelics being used for medicine and the wreckage that pharmaceuticals have caused,” she adds. 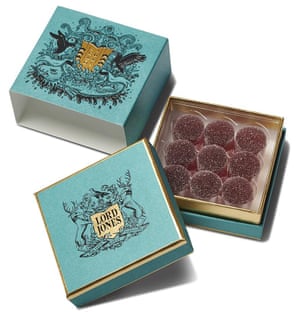 However, there is one element to this rise in white indie musicians and millennial TV shows glamourising and normalising recreational marijuana that sits uneasily. The pop-cultural buzz runs adjacent to the fact that many black Americans are disproportionately targeted for cannabis crimes and remain in prison for offences related to the drug, despite its subsequent decriminalisation. Currently making the headlines is the case of 68-year-old Michael Thompson, who has been in jail since 1994 after selling cannabis to a police informant in Michigan, where the drug is now legal. This is an issue in which fame doesn’t help, either. Snoop Dogg was banned from Norway for two years for possession for the drug.

Lhooq is aware that something needs to be done in the US to reverse such treatment. “This is something that is being talked about in many corners of the cannabis industry,” she says. “The question of how to create a system of reparations is one of the most interesting and unique challenges this industry faces. One way that this could be turned around is for more companies to create give-back programmes, where a portion of their profits goes towards programmes or nonprofits that are fighting for criminal-record expungement and making it easier for those who have been imprisoned to enter the cannabis industry.”

Back in the UK, things are somewhat different. Marijuana is still illegal and the canna-curious won’t be able to float away on a couple of Sigur Rós’s edible Wild Sigurberry gumdrops any time soon. But people are approaching a greener mindset. Cannabidiol – more commonly known as CBD – is weed without THC, AKA the psychoactive part that makes you want to get really into Pink Floyd and eat endless Jaffa Cakes. And so long as it contains no more than 0.2% THC, CBD is legal. It will not get you high, but its benefits are wrapped up in the wellness movement. In a medical industry that is still largely run by – and for – men, it is rare for a drug that reportedly helps pain unique to women get so much attention. Interestingly, another pop-cultural icon is at the forefront of the industry. Oscar-winning actor Whoopi Goldberg is a champion of CBD and THC products for period pain in the US, with her Whoopi & Maya line of tinctures, soaks and body rubs.

Rachna Patel, a former doctor who left the world of mainstream medicine after seeing the damage done by opioids, recently published The CBD Oil Solution. She sings the praises of CBD, explaining how it has helped her patients overcome everything from traumatic sexual history to period cramps. Her main concern about the boom in CBD, however, concerns the lack of regulation. “Right now, it’s out of control,” she explains, questioning the quality of some brands on the market. “If you’re using this as a lubricant, you don’t want some fungus up your vagina,” she says of the drug’s susceptibility to microorganisms. Quite.

Over in the US, we can expect to see more and more artists putting out their own strains of weed, with both Lewis and Price keen to add to their current product lines. “The folks at Willie’s Reserve [Willie Nelson’s weed line, through which Price releases her products] have been working with growers in Colorado to make me an indica strain,” says Price of her future plans. “I struggle with insomnia and back pain and indica is especially good with aiding such ailments. It’s more of a relaxing, sink down in the couch and fall asleep-type weed.”

As for music and celebrity’s swing towards a greener merchandise, Lhooq is certain this is just the beginning. “It definitely feels like any remaining stigma is pretty much gone. You could even say cannabis is the new perfume.”

Price, meanwhile, is just happy she is not going to land up in a cell for this latest venture, as she might have done a few years ago. “I sold weed for years illegally; once in college I picked up a pound of weed in Chicago and sold it ounce by ounce,” she says. “It’s always been a dream to do it again.”

Surely now it is only a matter of time before we see British artists getting involved. Adele-branded CBD throat sweets and Jorja Smith’s relaxing bath bombs, anyone?

Rolling in the green: CT predicts $55 million in cannabis sales by 2026 – Westfair Online