The Canadian market for next-generation cannabis products is worth an estimated $2.7 billion annually, with edibles contributing more than half, according to a new report from Deloitte.

This spending once the final edible pot regulations roll out in the coming months is expected to be on top of the roughly $6-billion estimated domestic market for recreational and medical cannabis, the consultancy said Monday.

Consumers are looking to snap up these new pot products in addition to the dried flower, oils, plants and seeds they have been buying from legal retailers since legalization last fall, a recent survey of 2,000 Canadians conducted by Deloitte suggests.

The first wave of legalization last October was quite limited in terms of product range and the type of consumer, said Jennifer Lee, Deloitte Canada’s cannabis national leader.

„When we legalize in October again for edibles, we are in a world where the formats and the assortment is much broader,” she said. „The use cases are much broader.”

Canada is gearing up to legalize cannabis-infused foods, beverages, topicals and other next-generation products in the coming months, once Ottawa rolls out the final regulations. 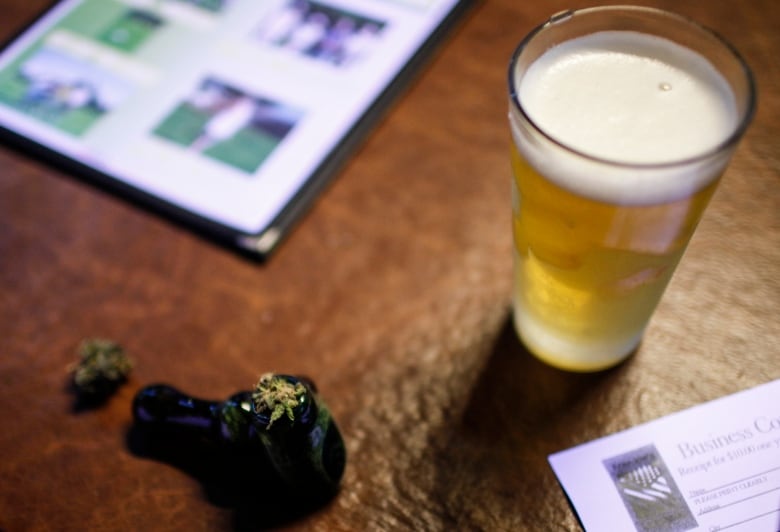 Cannabis-infused drinks are expected to be a significant part of the market. (Nick Adams/Reuters)

Pot companies, as well as food and beverage makers, have been preparing to roll out their own pot-infused products which they anticipate will appeal to a broader audience — particularly those who aren’t interested in smoking weed.

The federal government wrapped up its consultation on the draft edible rules in February, and has said the regulations must be brought into force no later than Oct. 17, 2019.

Deloitte estimates that roughly $1.6 billion will be spent on edibles in Canada, followed by cannabis-infused beverages at $529 million and topicals at $174 million. Spending on concentrates is expected to hit $140 million, followed by tinctures at $116 million and capsules at $114 million.

Roughly half of likely edible users surveyed by Deloitte say they plan to consume gummy bears, cookies, brownies or chocolate at least every three months.

The global market for alternative cannabis products is expected to nearly double over the next five years, the consultancy added.

Lee doesn’t expect these new products to eat into revenues from existing categories in Canada, at least in the early days.

„Over time, in the long term, you may,” she said. „But right now, there’s too much demand in the market and there’s not enough product.”

Legal pot retailers, both government and privately owned, have been contending with a shortage of cannabis since legalization last October, but have said the situation has improved in recent months.

For example, the Alberta government lifted its moratorium on new cannabis retail licences, citing an increase in the pot supply.

Deloitte’s market estimates for cannabis 2.0 products reflect overall Canadian consumer demand, but realizing the market’s full potential too may take some time. Many of the new pot products may not be available, or available in sufficient quality, come October, Deloitte said.

Companies should take a three- to five-year view on the market, said Lee.

„The regulations will need time to settle, even after legalization in October,” she said.

While this presents a growth opportunity for companies readying themselves for the next wave of the green rush, it may come at the expense of sales in more established industries.

„Our research is showing that the occasions that consumers use the product, i.e. mostly edibles, overlap a lot with alcohol … On a limited wallet, there are going to be tradeoffs,” Lee said.

As well, consumers view topical cannabis products such as lotions used for ailments such as pain as a potential replacement for other medicinal products, Deloitte’s survey showed.

„This could be cause for concern for the traditional pharmaceutical sector, as 45 per cent of current consumers and 48 per cent of likely consumers say they see cannabis topicals as an alternative to prescription medications, not a complement,” Deloitte said in the report.

According to the polling industry’s generally accepted standards, online surveys cannot be assigned a margin of error because they do not randomly sample the population.