WASHINGTON — John A. Boehner, the former speaker of the House, once stood second in line for the presidency and staunchly against legalized marijuana. Now you can find the longtime Republican standing before a wall-size photo of the Capitol, making an online infomercial pitch for the cannabis industry.

“This is one of the most exciting opportunities you’ll ever be part of,” Mr. Boehner says in an endlessly streaming video for the National Institute for Cannabis Investors. “Frankly, we can help you make a potential fortune.”

Mr. Boehner’s pro-weed epiphany coincides with the prospect of a payday as high as $20 million from the industry he once so vigorously opposed. He sits on the board of Acreage Holdings, a marijuana investment firm whose sale to a cannabis industry giant hinges on Mr. Boehner’s ability to persuade Congress and the federal government to legalize, or at least legitimize, marijuana.

The chain-smoking, merlot-sipping, former 12-term congressman from Ohio says he had never lit a joint in his life when he and the former Massachusetts governor William F. Weld, now a Republican candidate for president, joined Acreage’s board last year. This year, Acreage announced plans to sell itself to Canopy Growth, a Canadian company that is the biggest cannabis holding in the world. The deal, worth around $3 billion, based on current stock prices for both Acreage and Canopy, would create an $18 billion behemoth, industry analysts say.

Buried deep in a financial filing from Nov. 14, 2018, is Acreage’s disclosure that the two men each hold 625,000 shares in the company, which if sold after the company’s sale to Canopy would net them a fortune.

Representative Earl Blumenauer, Democrat of Oregon and a founder of the Congressional Cannabis Caucus, said he saw Mr. Boehner at a dinner on Capitol Hill the day he joined Acreage.

“I said, ‘John, where were you when we needed you?’ And he said, ‘I’ve evolved,’” Mr. Blumenauer recalled in an interview, imitating Mr. Boehner’s smoky baritone. (Mr. Boehner had made a similar statement on Twitter earlier that day.)

“He’s nothing if not entrepreneurial,” Mr. Blumenauer said. “The more the merrier.”

But there is a catch. The takeover will not happen without substantial changes in marijuana policy, leaving it up to Mr. Boehner and his team of lobbyists to work their magic in Washington.

Mr. Boehner declined to be interviewed for this article. Terry Holt, a spokesman for the National Cannabis Roundtable, which Mr. Boehner founded in February, declined to speculate on Mr. Boehner’s potential income from the sector. Mr. Boehner “sees an investment opportunity in cannabis,” Mr. Holt said. Citing statistics suggesting most Americans favor “some kind of marijuana reform,” he added, “Who wouldn’t want to be involved?”

Mr. Boehner, who resigned in 2015 under pressure from conservative Republican hard-liners, had some adjusting to do after he left the speakership, and, as recently as 2017, brooded about his purpose in life. Mr. Boehner told Politico at the time that a longtime family friend had approached him and said: “You’ve always had a purpose — your business, your family, politics. What’s your purpose now?” Mr. Boehner responded that the question gnawed at him every day.

But Mr. Boehner’s post-retirement fortunes, at least, were not in doubt. Upon leaving Congress, he was offered an array of jobs in the influence industry, and chose several. 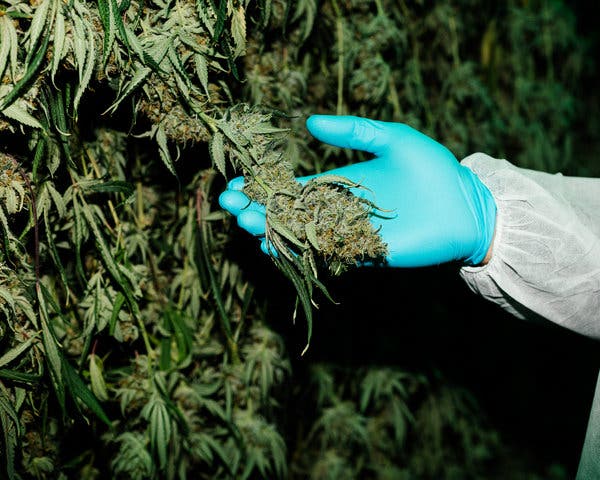 In 2016, he joined Squire Patton Boggs, successor to the marquee Washington law and lobbying firm, as a “strategic adviser.” About the same time, Mr. Boehner, who once handed out campaign checks from the tobacco industry to lawmakers on the House floor, joined the board of the tobacco giant Reynolds American, makers of his favorite Camel brand.

Reynolds directors with his profile earn roughly $400,000 a year, and Mr. Boehner holds other board seats, too, Mr. Holt said. Combined with a pension derived from his $223,000 annual congressional salary, Mr. Boehner likely earns a seven-figure retirement income, even without the potential Acreage windfall.

Mr. Boehner and Mr. Weld joined Acreage’s board in April 2018, and together issued a statement: “We both believe the time has come for serious consideration of a shift in federal marijuana policy.”

For evidence, “We need to look no further than our nation’s 20 million veterans, 20 percent of whom, according to a 2017 American Legion survey, reportedly use cannabis to self-treat PTSD, chronic pain and other ailments,” they said, denouncing “the refusal of the V.A. to offer it as an alternative” to opioids.

Chanda Macias, the National Cannabis Roundtable’s first vice chairwoman and the owner and general manager of the National Holistic Health Center medical marijuana dispensary in Washington, said that she had seen more than 10,000 patients who suffer from a lack of research, education and access to medical marijuana.

“This is not about Boehner,” Ms. Macias added, “this is about saving lives.”

On March 15, Mr. Boehner and Kevin Murphy, Acreage Holdings’s chief executive, spoke at the South by Southwest festival in Austin, Tex., their business attire contrasting with the crowd’s T-shirts and sleeve tattoos.

“I’d rather not take Advil PM every night,” Mr. Boehner said. “If only there was something else that could help me sleep.’’ He drew jeers from some members of the audience who objected to Mr. Boehner’s cashing in on the cannabis boom after opposing legalization for so long.

When he was House speaker, Mr. Boehner earned the equivalent of an “F” rating from the National Organization for the Reform of Marijuana Laws, which in 2011 excoriated him for his opposition to the Ending Federal Marijuana Prohibition Act. The proposed bill, which died in committee, would have legalized marijuana for adult use and removed it from the Food and Drug Administration’s list of Schedule I controlled substances.

In a 2011 blog post, the organization highlighted Mr. Boehner’s frosty response to “Todd,” an Ohio constituent who wrote Mr. Boehner asking him to co-sponsor the bill. “I am unalterably opposed to the legalization of marijuana or any other FDA Schedule I drug,” Mr. Boehner wrote. “I remain concerned that legalization will result in increased abuse of all varieties of drugs, including alcohol.”

“He was in a much more influential position to bring about these legislative changes when he was a leading member of Congress than now, when he is largely a corporate shill,” Mr. Armentano said.

In his infomercial for the National Institute for Cannabis Investors, Mr. Boehner makes a pitch for the coming “green gold rush” and promises that “the prohibition on cannabis is almost over.” He adds, “I can’t wait to see you on the inside.”

The institute, based in Baltimore, offers a Diamond Level membership (“The Best Deal!”) with special reports, including “The #1 Cannabis Startup to Target Today,” “The Cannabis King Maker” and “The Millionaire-Making Mergers & Acquisitions Set to Happen This Year,” pitching the deal as “a $1,681 value, yours for just $79.”