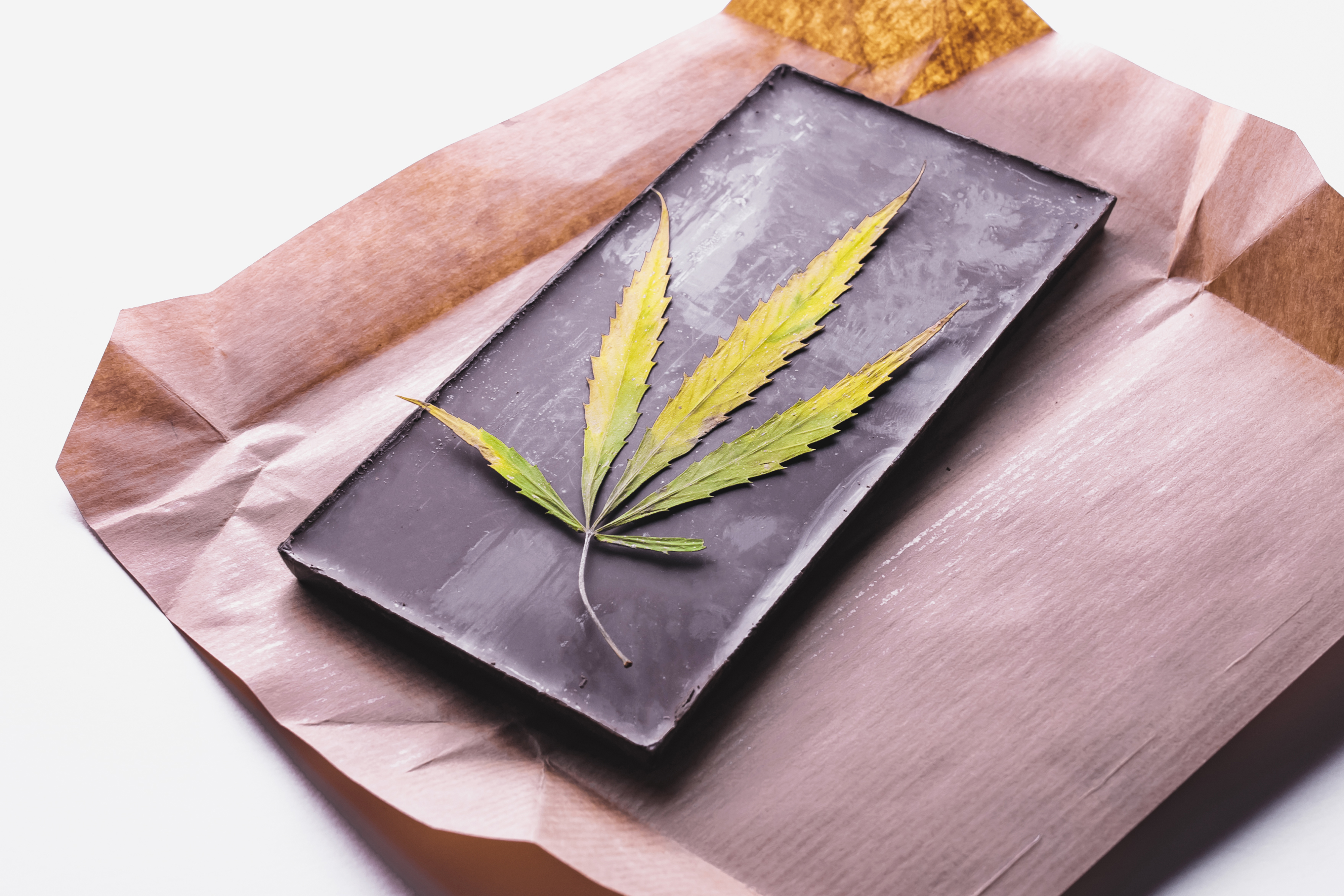 Most of the clinical fiascos I’ve seen and heard about associated with cannabis consumption have involved the use of cannabis edibles, going back to the days when two bohemian college roommates visited Amsterdam, took two “space cakes,” waited 30 minutes, took two more, and spent the next 20 hours clinging to each other and hiding in the closet. I asked, “How was Amsterdam?” In unison, they replied, “We don’t know.”

I was surprised recently to be accused of “reefer madness” when I suggested, on Twitter, that cannabis shouldn’t be formulated into gummy bears or other succulent treats that a young child or a pet could gleefully over-consume. According to my logic, if cannabis is, or can be used as, a medicine, one should make it look and taste like a medicine. If we wouldn’t put ibuprofen into a candy, why would we put a psychoactive substance like THC into a chocolate bar? To me this is a no-brainer, but some people appear to take any limitation on their inherent right to consume medicine (or get stoned) by eating a gummy bear quite seriously.

Edibles have fueled the debate about cannabis safety

The topic of cannabis edibles is a flashpoint in the debate over how cannabis should be legalized and regulated, with arguments of personal freedom and responsibility clashing with concerns for public health. As with many things cannabis-related, the issue is highly politicized, and usually, when a new study comes out about some cannabis-related benefit or harm, such as levels of teenage usage, crime rates, medical uses, or driving statistics, there isn’t consensus on either the validity of the data or the implications of the data. It can be difficult to get a clear picture of the true benefits and dangers of cannabis.

A recent study in the Annals of Internal Medicine discussed ED visits that were “deemed at least partially attributable to cannabis,” meaning that other conditions and factors could have been contributing to the admission. The study authors suggest that visits for cannabis edibles in the ED have been steadily rising in Colorado as a consequence of legalization of cannabis. Another explanation for the perceived increase in cannabis-related ED visits is that with legalization, patients are finally able to state the true reason they are in the ED without fear of getting in trouble with law enforcement or social services for using an illegal drug.

Personally, I believe the premise that ED visits are up for cannabis, in part because of the availability of edibles, and because of the many anecdotal stories I have heard through lifelong involvement with this issue. For example, an acquaintance, who is trying to be open-minded about a family member who uses medical cannabis, consumed that family member’s THC-infused medicinal chocolate bar which he found, unmarked, in the fridge, and ended up in the emergency department with a panic attack. This should never happen. By leaving a medicated but unmarked edible lying around, you put someone else’s well-being at risk. What if that person tried to drive? Then even someone else could have been harmed. The same goes for cannabis-infused barbecue sauce, pizza, honey, etc. I would suggest that these items are intrinsically too dangerous, in terms of accidental or incidental risk to others, to market and sell.

On social media, some people defend this type of risk, or the risk of exposure of a small child or a pet to some cannabis-infused treat, by saying, most commonly, “People should be responsible,” “A few irresponsible people shouldn’t ruin it for the rest of us,” or “Parents should just not leave it out around their kids.” Not to be cynical, but after practicing as a primary care doctor for 25 years, I can say with confidence: not all adults act like responsible adults. Also, even responsible adults can make mistakes. Any unmarked “spiked” consumable risks the well-being of anyone who is not aware of that fact.

Edibles are not for novice cannabis users

The main benefit of cannabis edibles is that they are long-acting — up to 12 hours — which can be helpful for chronic pain or chemotherapy patients. But the long-acting nature of edibles can also explain some of their menace: if you have consumed too high a dosage, you are stuck with it for a long time, and, if this is causing a panic attack, it can be extremely uncomfortable. It also can be difficult to gauge one’s dose correctly, as edibles can take from 30 to 200 minutes to kick in, and people often make the mistake of re-dosing too early, leading to an over-dosage and a miserable experience.

Edibles don’t always have the same effect every time

Edibles take effect more rapidly on an empty stomach, and their absorption depends on the amount of fat in your last meal. They aren’t always labeled accurately in dispensaries and, when cooked at home, the cannabis isn’t always evenly spread throughout the brownie batter. The effects of edibles are chemically different from that of smoked cannabis, because orally consumed cannabis passes more directly through the liver (versus the lungs) and the THC, which causes the high, is chemically converted to a different cannabinoid, called 11-hydroxy-THC, which has a different, and potentially stronger, psychoactive effect.

What if you’ve unknowingly consumed too much?

In clinic, with medical cannabis patients, I try to steer clear of problems with edibles altogether by advising all but the most experienced cannabis users to flat-out avoid them, and by reminding all patients to “start low and go slow.” If a medical or recreational cannabis user finds oneself in the unenviable situation of having consumed too large a dosage of a cannabis-containing edible, the best practice is to sit in a calm, quiet place, practice some mindfulness, hold the hand of a friend, drink plenty of water, try some CBD if you have it (which may antagonize the effect of the cannabis). Many people believe that consuming CBD helps negate the effects of THC, but this has not been definitively proven. Remind yourself that this will wear off, and you will be fine. This method almost always works. However, if you start to develop a full-blown panic attack, difficulty breathing, chest pain, or start having any unusual psychiatric symptoms, you must at that point consider having a friend take you to the emergency department.

If it can be used as a medicine, make it look like a pill

I believe there are a few sensible regulations that would reduce the problems caused by cannabis edibles: make them look and taste like medicine, in pill form, in pill bottles, with specific labeling that specifies exact dosages and with childproof packaging. This could go a long way toward helping us protect our pets and our kids, as well as those who find a benefit from cannabis and those around them. Sensible regulation of edibles may move us toward finding a larger patch of common ground on which to construct future cannabis policies.