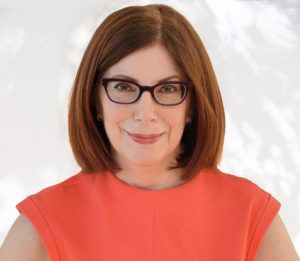 Self-described “natural born risk-taker” Anat Baron made her mark as an executive with Mike’s Hard Lemonade and helped drive the startup beer competitor to national prominence between 2001 and 2004.

For the past seven years, the entrepreneurial-minded Baron has been working on a new technology platform that she’s hoping will be ready to launch by the end of the year.

Though she dubbed it StashWall – a name that marijuana enthusiasts could easily mistake for a cannabis theme – the organizational platform actually has nothing to do with cannabis.

Marijuana Business Daily spoke with Baron in advance of her keynote address at MJBizConNEXT to get her thoughts on lessons cannabis entrepreneurs can take from the liquor industry. MJBizConNEXT will take place June 12-14 in New Orleans.

What parallels do you see between the alcohol and cannabis industries?

One part that’s new to (marijuana) … is price versus value. There’s the luxury segment, there’s the middle – which is the Bud Light if you will, and that’s the bulk of the business – and on the other hand you have kind of the entry level.

In cannabis, I see a lot of people moving into the luxury space, but there doesn’t seem to be kind of that mainstream. And that’s where the big brands are built – with that mainstream consumer. But I don’t even know who that is yet, and I don’t think anyone has figured that out.

Are there any obvious business pitfalls you see coming for MJ companies that also hit Mike’s Hard Lemonade?

At Mike’s, we came into a very established $100 billion industry that was dominated at the time by three companies that owned more than 80% of the market. So, we were this tiny little nothing.

The thing that makes cannabis different than beer right now is you can’t go to a store and sell directly to them. You need a distributor in most states.

(At Mike’s), we have a thing called a three-tiered system. And we needed to get our distributors to care about our product so they could get it to the stores and the bars so we could get it to consumers.

We had that extra layer, whereas right now in cannabis, you can get it to consumers by going directly to the stores. (Editor’s note: Marijuana distribution is mandated in California but not in most states with functioning medical or recreational cannabis markets.)

This is a huge question for the industry in general, especially when it comes to THC, if they’re going to force a middleman (in the supply chain).

What did you focus on while building the Mike’s brand, and can that be applied to cannabis?

Probably the most important lesson I learned was that so often entrepreneurs create products for themselves. And when you do that, sometimes you forget that not everybody is like you, and you keep pushing the product to be perfect for you.

But you forget the most obvious thing, which is to flip it, and to figure out, “Is there anyone else like me, and how do I reach that person?”

What we figured out at Mike’s is the magic formula, and we built that company really fast.

One other thing that was really important to our customers was they loved the fact that the product was owned by an independent company.

People who drank Mike’s were independent thinkers, and they didn’t feel like they needed to be identified by a Bud or a Corona or anything else. They wanted to be different.

We wanted to create a brand that said something about who the customer was, and I don’t think (cannabis entrepreneurs) are thinking enough about that.

How can cannabis brands make themselves stand out from the pack?

It’s always three things. Who’s your actual customer? How are they feeling about you? And it’s about building stories.

(Mike’s) became a big brand because we figured out who our customer was and we were differentiated from everyone else.

The craft beer industry was built, actually, on social media and the internet.

And, so, one of the things that’s going to be important for anybody in the entire cannabis industry is to figure out how to get the word out and how to build a community. (The craft beer industry) brought people together who cared about craft beer and that drove the movement.

It is so expensive to build a brand in America today, it’s almost impossible to get attention from consumers, so everything becomes a niche. And the (cannabis) industry is going to have to figure out how to build these online communities.

In cannabis, it’s just a big white board right now, and the opportunity is huge.

A lot of people are spending a lot of money to put their products into a few retail spots, but that’s not going to create a big-enough market. You have to blow it up, and you’re going to do that by figuring out how to reach consumers.

Should marijuana companies and brands try to be a master of all products, or focus on one niche – such as edibles or vape cartridges or top-shelf flower or infused beverages?

It depends on, are you bootstrapping or raising money?

If you have investors putting money into your company, you’re probably just going to throw stuff up against the wall.

At Mike’s, we launched with one product, but … after I left, the company expanded into many, many products.

Before I left, I had a long conversation with the owner about, what is the brand? Is it Mike’s Hard Lemonade, or is it Mike’s? And we decided to make it Mike’s. So, now, Mike’s has introduced lots of other products.

I always think it’s advisable from a business standpoint, especially if you want to own your company as opposed to getting money from investors, to figure out your core product and get revenue from that, and then to use that to keep going and launch other products.

This interview has been edited for length and clarity.

John Schroyer can be reached at [email protected]