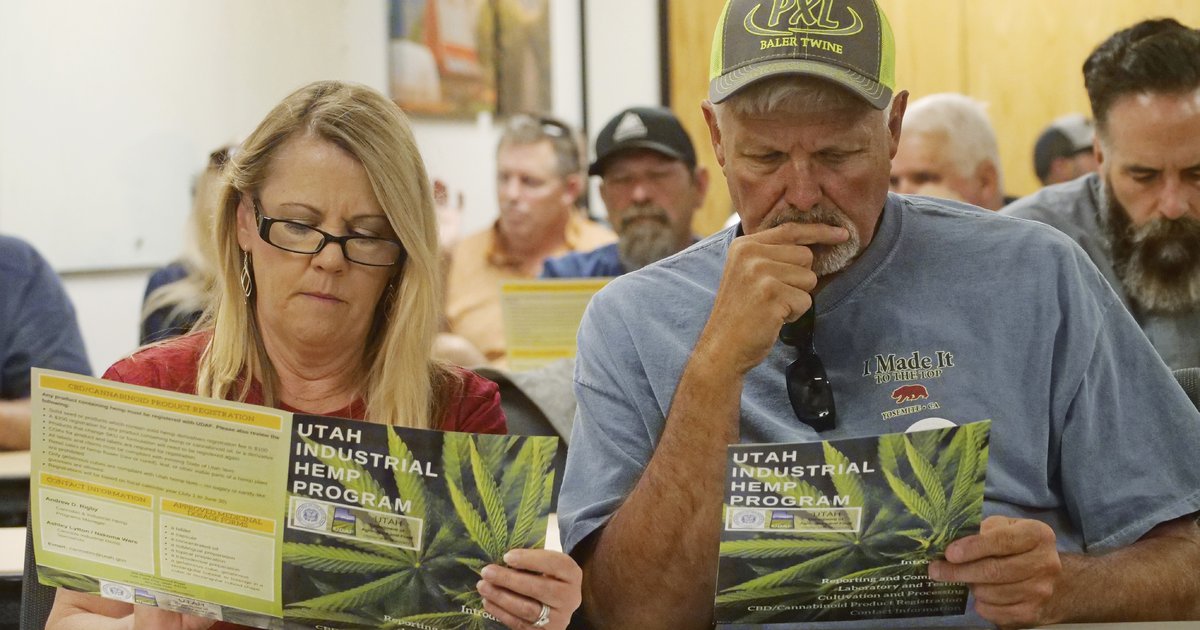 Diane and Russ Jones’s marriage has always thrived on alfalfa. The pair has grown the sweet, leafy crop near their home in central Utah together for more than 30 years — but they were ready for a change.

Russ had read about the benefits of medical marijuana after battling Hodgkin’s lymphoma, an aggressive cancer that attacks the immune system. When Utah announced last week it would be accepting applications for cannabis growers, he saw a great opportunity.

„It would be really nice to grow something that helps other people deal with their pain,” he said.

At the meeting, potential marijuana growers raised concerns about the limitations of the state’s proposed cultivation regulations.

Utah will allow 10 growers to produce the state’s medical marijuana and soon open the application to out-of-state growers. Some farmers said the change puts local growers at a disadvantage.

Others questioned restrictions on where and how pot can be grown. The proposed regulations limit the stacking of cannabis plants and outlines strict security requirements for cultivation facilities, creating additional obstacles for growers, some farmers said. Interested farmers said those requirements will be costly for potential growers.

„It’s daunting to have regulations still being hammered out after the application has opened,” said Jack Rubin, a Utah farmer interested in growing cannabis. „You don’t know what you’re getting into.”

Drew Rigby, the cannabis coordinator for the Utah Department of Agriculture and Food, said the agency would consider public feedback in updating the rules.

He declined to comment on how many grower applications Utah has received in its first week. The state plans to award licenses to growers next month.

Lawmakers crafted sweeping changes to the ballot measure shortly before Election Day under a compromise that secured the influential support of The Church of Jesus Christ of Latter-day Saints and some marijuana advocates. The deal drew backlash from other advocates.

The revised law became effective in December. It bans many marijuana edibles, prevents people from growing marijuana if they live far from a dispensary and makes fewer medical conditions eligible for treatment with pot.

Cannabis advocacy groups Together for Responsible Use and Cannabis Education, or TRUCE, and the Epilepsy Association of Utah responded by suing the state in December to block the compromise, arguing that it was unconstitutional to replace a law passed by voters and questioning whether the changes are at odds with federal laws that still say marijuana is illegal, said Rocky Anderson, an attorney representing two advocacy groups.

Marijuana dispensaries are set to open in Utah next year.

Correction: In an earlier version of this story, The Associated Press reported erroneously some of the chronology of how and when the law came into effect. Lawmakers crafted, but did not pass, changes to the ballot measure shortly before Election Day under a compromise that secured the support of The Church of Jesus Christ of Latter-day Saints and some marijuana advocates. The revised law became effective in December, not in 2019.