The legalization of cannabis in the US shows no signs of slowing down – but the prospect of a green rush in the UK, experts say, is “bleak”.

The consultancy Hanway Associates aims to bring North American-style cannabis capitalism to the UK and Europe. This month, the group is hosting the Cannabis Europa conference in London, but its CEO, George McBride, does not expect drastic change anytime soon.

According to a 2018 survey commissioned by the drug policy thinktank Volteface, which has ties to Hanway, 59% of the British public supports cannabis legalization. But the political dynamics that have made legal marijuana all but inevitable in the US are absent in the UK.

In both countries, there are racial discrepancies in drug enforcement. However, the aggressive and widely despised police tactics associated with America’s “war on drugs” never took hold in Britain, nor did they contribute to mass incarceration and other life-ruining consequences for perpetrators.

Secondly, as McBride and his colleague Alastair Moore note, the UK hasn’t experienced an opioid crisis, or the subsequent disillusionment with mainstream pharmaceuticals and the medical field. Nor is there an entrenched constituency of veterans suffering from PTSD, concussive brain injuries and other ailments, which have led to a desperate search for alternatives.

While the British public is interested in medical marijuana, and CBD is advertised on many high streets in particular, there does not seem to be any significant constituency eager to implement a for-profit industry on a large scale. And there is not an industry-funded medical marijuana lobby insisting on the issue’s urgency.

Last year, Charlotte Caldwell, a Northern Irish mother, arrived at Heathrow from Canada with her son Billy, a 12 year-old who has a severe seizure disorder, and cannabis oil she acquired to treat him. When authorities confiscated the medicine, it led to a public outcry, and within weeks the UK had legalized medical marijuana for a very limited number of patients. It was the biggest cannabis story in Britain since the scare about high potency “skunk” weed in the 1990s. But it hardly galvanized the country to legalize it for everyone. 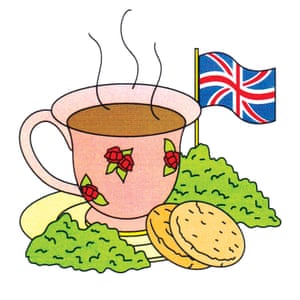 Experts say the prospect of a green rush in the UK is “bleak.” Illustration: George Wylesol/THE GUARDIAN

Public support for legalization in the UK is “broad but not deep”, McBride said. In other words, it’s not an issue that decides how people vote. The same can largely be said for the Trump-era US, but the political levers American legalization supporters have wielded so effectively don’t really exist in the UK. In particular, there’s no equivalent of the state referendums which have been crucial to legalizing in many of the states that have legalized medical marijuana and almost all of those that have legalized the drug for recreational use.

Finally, one of the most effective arguments for legalizing in the US is that it makes more sense to regulate and tax the drug, rather than allow lawless cartels to control it. Thus far, US marijuana taxes have not brought much money into state coffers, but the argument appeals to the American mind.

In the UK, however, legalization actually polls lower when you ask about taxing it. McBride and Moore attributed it to skepticism towards business, coming both from the left and the protectionist right. The specter of violent drug traffickers doesn’t loom as large in the British imagination.

Still, major social developments in the US usually reach Britain somehow. I suspect a combination of social and corporate pressure could eventually change minds. Within two or three years, as attractive cannabis cafes become more familiar in Chicago, Boston, and California, and more professional Americans incorporate cannabis into their lives, more Brits will become curious, not to say envious. As that happens, growing cannabis companies will start looking for effective arguments to persuade the public in Britain and other countries. Until then, they’ve got their hands full trying to turn a profit in North America.