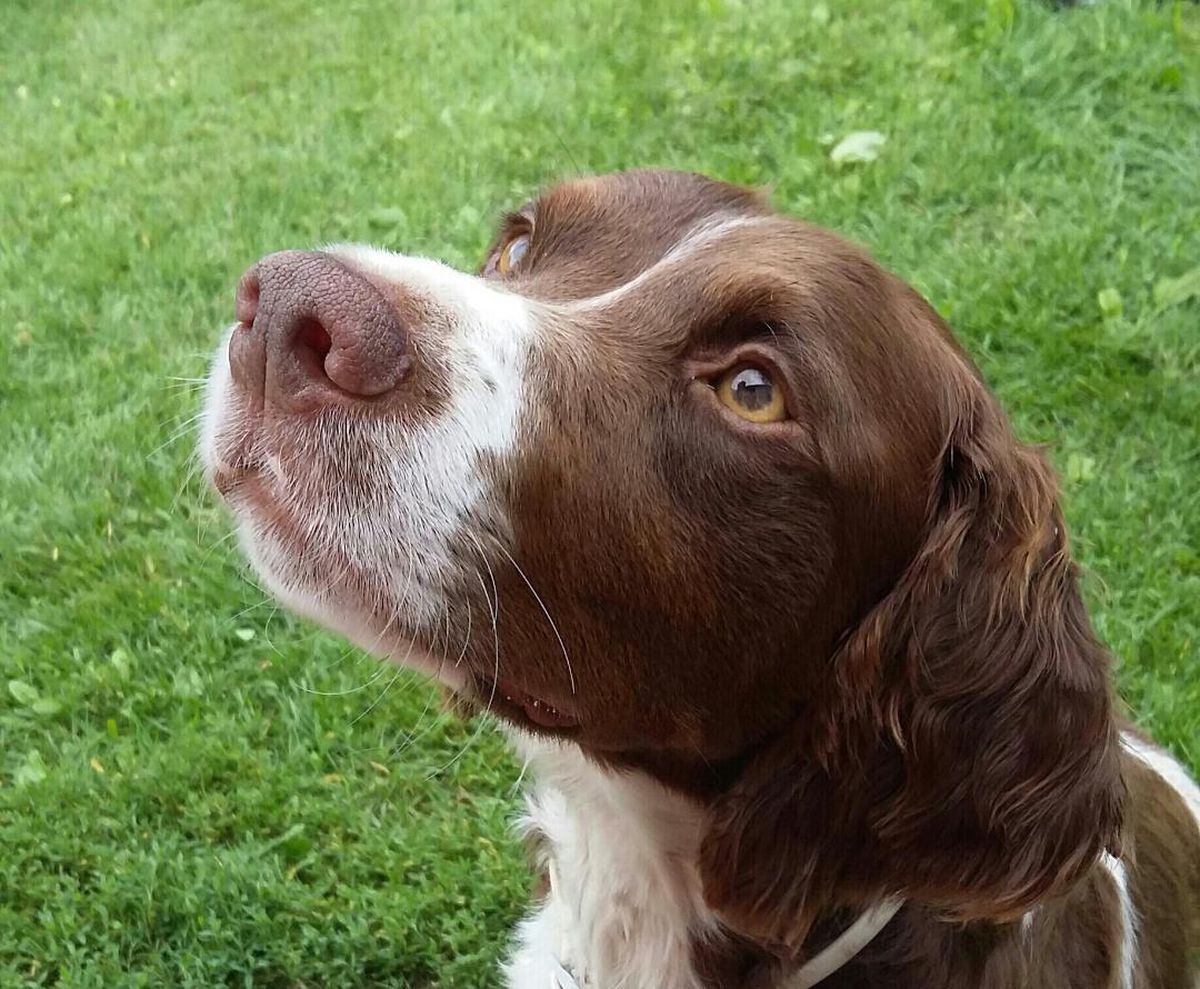 Some Massachusetts veterinarians warn they are seeing increasing numbers of dogs suffering from THC intoxication, mostly by getting into their owners’ marijuana edibles, following the state’s legalization of recreational pot last November.

“It’s increasing in prevalence because there is a lot more use of edibles now,” said Dr. Ellie Shelburne, a veterinarian with Northampton Veterinary Clinic.

Prior to the legalization of recreational marijuana, the Northampton practice treated perhaps one dog a year for intoxication with THC, the primary psychoactive constituent of cannabis, Shelburne said. Now, it typically treats one or two dogs a month.

Dogs, Shelburne and others say, are drawn to marijuana edibles, which can take the form of chocolate bars, lozenges and other sweet treats. The chocolate versions are especially dangerous to dogs because chocolate is toxic to them as well.

“It can lead to seizures, coma and death,” Shelburne said.

Early last week, a Westhampton couple had a scare after their dog ate what their veterinarian believes was a discarded edible while they were out for a walk along a popular ATV and dog-walking trail near their home.

They saw their 34-pound Brittany, named Zip, eat something on the ground about five feet off the trail, said Sue, one of his owners who requested that her last name not be used for this story.

Whatever it was, the off-leash Zip gobbled it down before they could intervene.

Back home, about 90 minutes later, Zip made a noise like he was going to vomit, Sue said. They brought him outside where he stumbled and collapsed several times. His gaze was unfocused and when they touched him, he would jerk away.

“We had no idea what was wrong,” said Sue. “We thought about what he ate in the woods and wondered if it could have been poisonous, but he was showing no signs of gastric distress. “

Zip’s owners rushed him to the Veterinary Emergency and Specialty Hospital in South Deerfield. A long 20 minutes later, a vet met with them and said she believed the dog, based on his symptoms, had eaten a discarded edible, or perhaps even a remnant of one, while out on the trail.

Sue said the veterinarian told them that the facility has seen a spike in such cases since November, most occurring when the dogs somehow managed to get into their owners’ edibles at home.

The facility treated Zip by putting him on IV fluids and lipids to bind the THC and help flush it from his body, Sue said. Then, they kept him under observation in a quiet low-light area for eight hours.

“We picked him up that evening, he slept through the night and was back to his normal self by morning,” Sue said.

The vet said that Zip’s jerking away from their attempts to soothe him is a characteristic startle reaction from the THC causing hypersensitivity of the skin.

“We had no idea that every time we touched Zip, especially near his face, he was pulling back because of this sensitivity,” Sue said.

Sue described the experience as very frightening and expensive. “I think it is important to get the word out about this to all dog owners since, on leash or off, a dog can pick up and swallow something before we can even react,” she said.

Rob Halpin, director of public relations director for Angell Animal Medical Center in Boston, said they too seen have a spike in the numbers of dogs being brought in with symptoms of THC intoxication.

“That’s a big increase,” he said, adding most of those cases arise from dogs somehow managing to get into their owners’ edibles. “Edibles are incredibly appealing to dogs. They love it, yes they do. But, eating the stuff can be really toxic for them because they don’t weigh as much as we do.”

Dogs have more cannabinoid receptors in their brains, which means the effects of cannabis are more dramatic and potentially more toxic when compared to humans, according to a Veterinary Centers of America (VCA) webpage on the topic. Cats can suffer from THC toxicity as well

According to the webpage:

“Many of the signs of intoxication are neurological. Pets may become wobbly and uncoordinated. They may be hyperactive, disoriented, and very vocal. Their pupils may dilate, giving them a wild-eyed appearance, and they may drool excessively or vomit. They may also develop urinary incontinence (i.e., urine leakage). In severe cases, tremors, seizures, and coma can result.”

Pets can also suffer from second-hand marijuana smoke, Halpin said. The negative effects, however, are not as pronounced as with edibles which deliver more concentrated doses. Even so, pets suffering from relatively low marijuana intoxication are at risk for injury by stumbling or falling.

Halpin said since legalization, those who bring in pets with symptoms of THC toxicity are often more forthright about what they may have ingested, making diagnosis and treatment quicker and easier.

Colorado experienced a similar spike in pets suffering from THC intoxication after it legalized the recreational use of marijuana in 2014, Halpin said.

“I am shocked,” Peebles said. “I really thought we’d be seeing more of it now. We were preparing for it, but it really hasn’t happened yet.”

In recent years, T.J. O’Connor has seen just two such cases, she said.

Shelburne, on a related note, said dog owners seeking to treat their dogs with CBD or cannabidiol, something that has become increasingly popular, should contact their vets for advice. They should also be sure the product they are considering has been tested by an outside or third-party company to ensure that it does not contain THC.

Studies on the efficacy of CBD oil for dogs are just getting underway and there is not a lot of information out there about proper dosing or potential side effects, Shelburne said.

Most CBD products come from hemp and not from marijuana, according to an American Kennel Club webpage on the topic.