Intrigued by the discovery, an international team of scientists chemically analyzed the objects and have now revealed that they found traces of cannabis on them, according to a study published in the journal Science Advances.

This find represents the „earliest concrete evidence of cannabis smoking” anywhere in the world, Yimin Yang, an author of the study from the Chinese Academy of Sciences, told Newsweek.

Today, marijuana is one of the most popular psychoactive drugs around the globe. However, our close relationship with the plant is not just a recent phenomenon. Cannabis has been cultivated since at least 4,000 B.C. in East Asia, where it was grown for its oily seeds and fibers.

Despite this long history of cultivation, we know very little about when ancient peoples started using the plant for its psychoactive properties or when cannabis plants evolved to have higher levels of mind-mind-altering compounds, such as tetrahydrocannabinol (THC.)

This is largely because there is very little archaeological evidence of cannabis use, so scientists are limited to written records, which can sometimes be unreliable.

„One of the long-standing research debates in Central Asian archaeology has been the origins of drug use, especially centering around ephedra and cannabis,” Yang said. „We were interested in knowing if these crops were popular in the Bronze and Early Iron Ages in western China. However, archaeologists and archaeobotanists have only found fragmentary evidence for these psychoactive plants and it is hard to judge how ancient people consumed them.”

„Thus, I decided to chemically analyze artifacts and human tissues to provide more reliable evidence,” he said. „In 2016, I reported this proposal at an archaeology conference, and Professor Xinhua Wu, who excavated the Jirzankal Cemetery and is also a co-author on this paper, expressed interest in our work and brought the recently excavated braziers to our attention.”

The team collected samples of organic material from the wooden braziers and burned stones that were found inside them. They then analyzed the samples using a technique known as gas chromatography-mass spectrometry, which is capable of detecting the chemical signatures of various substances.

This analysis revealed high quantities of THC—the main psychoactive compound in cannabis—which came as a surprise to the team.

„I would say we were surprised [by the results] because finding evidence for ancient drug use is a bit like finding a needle in a haystack,” Nicole Boivin, another author of the study from the Max Planck Institute for the Science of Human History, told Newsweek.

„This kind of evidence is rare due to there being few opportunities for long-term preservation of the remains of activities involving drug use—which is very ephemeral, and doesn’t necessarily leave a lot in the way of physical evidence,” she said. „Furthermore, due to issues of preservation, finding such a nice clear signal is pretty unusual.”

According to the researchers, the results reveal that cannabis was being burned on the hot stone inside the braziers and that ancient people likely inhaled the smoke during a burial ceremony in which they may have been attempting to communicate with deities or the dead.

„[The] braziers were burned severely, implying that they were used in the funeral ritual,” Yang said. „A special musical instrument was also found, [as well as] burn traces on many other wooden artifacts. So we interpreted that the funeral ritual may have included fire, music and smoking.”

The researchers say that the latest findings cast new light on our long-standing relationship with cannabis. Not only do they indicate that the plant was being used ritually thousands of years ago in Central Asia for its psychoactive properties, they also show that the plants in question had much higher quantities of psychoactive compounds than wild varieties.

This latter conclusion suggests that these ancient Chinese people either cultivated the plant to produce individuals with higher levels of psychoactive compounds, or actively sought out wild plants that contained more mind-altering substances than normal.

„There has been a long-standing debate over the origins of cannabis smoking, there are many speculative claims of ancient use. However, this study provides the earliest unambiguous evidence for both elevated chemical production in the plant and also for the burning of the plant as a drug,” Robert Spengler, another author of the study from the Max Planck Institute, told Newsweek. 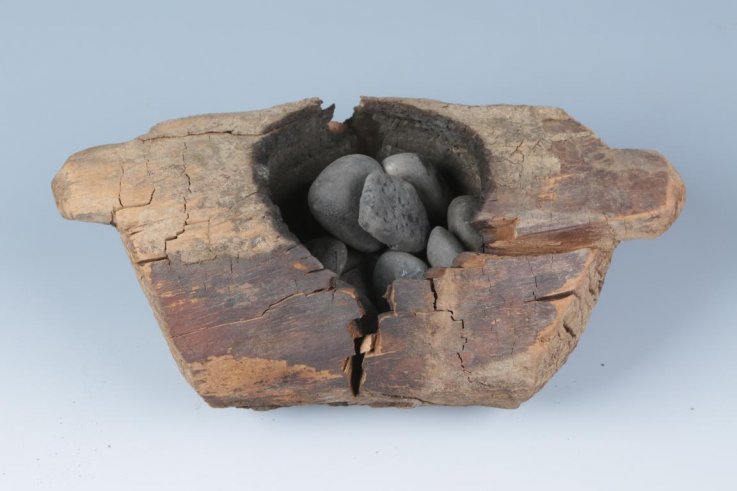