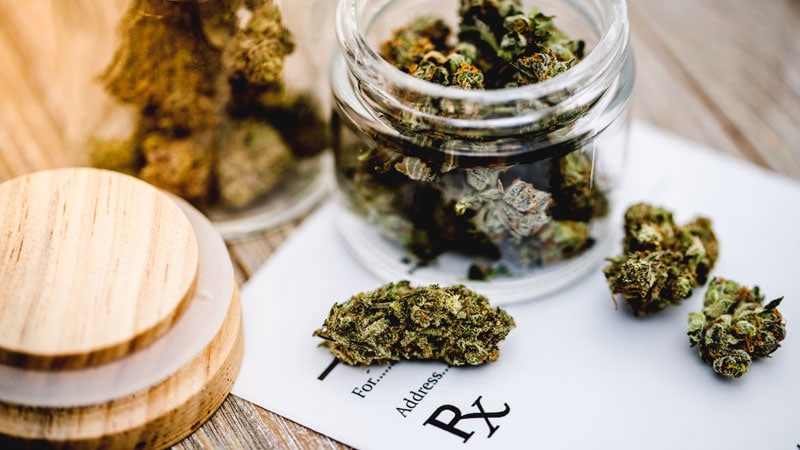 Contrary to previous research and popular assumptions, legalization of, and broader access to, medical cannabis has not reduced opioid overdose death rates.

A study at Stanford University in California showed no protective effect of medical cannabis. In fact, states that legalized medical cannabis actually experienced a 22.7% increase in opioid overdose deaths.

„There has been an idea touted by people and the cannabis industry and everyone invested in finding solutions to the opioid crisis that passing cannabis laws is one way to do that,” lead author Chelsea L. Shover, PhD, epidemiologist and postdoctoral fellow in psychiatry, Stanford University School of Medicine, Palo Alto, California, told Medscape Medical News.

„The big point and takeaway from our study is that medical cannabis laws don’t seem to reduce opioid overdoses at the population level, but that does not mean we shouldn’t keep researching and having policy discussions about laws related to cannabis,” she said.

The findings were published online June 10 in Proceedings of the National Academy of Sciences.

A previous study published in JAMA Internal Medicine in 2014 showed that, from 1999 to 2010, states with medical cannabis laws experienced slower increases in opioid overdose deaths. The current study analyzed the period from 1999 to 2017.

The earlier study „created a sensation by showing that state medical cannabis laws were associated with lower-than-expected opioid overdose mortality rates from 1999 to 2010,” the authors write.

The enthusiasm for this approach occurred „despite the caveats of the [original study] authors and others to exercise caution when using ecological correlations to draw causal, individual-level conclusions,” the investigators note.

The researchers wanted to revisit the question using the same methods used in the original study but extending the time period by 7 years.

In addition, they created a model that accounted for the presence of recreational cannabis law, which presumably points to greater access to cannabis, or a low-THC restriction, which accounts for more limited access.

The authors reanalyzed the 1999 – 2010 period and obtained estimates similar to those of the original study.

However, they also found slight differences that were probably attributable to missing values for 30 state/year combinations — for instance, the investigators from the earlier study estimated a 24.8% reduction in deaths per 100,000 population associated with the introduction of a medical cannabis law, while the investigators of the current study estimated a „statistically indistinguishable” 21.1% decrease.

Also replicating the findings of the original model, Shover and colleagues found that none of the four time-varying covariates including annual state unemployment rate and presence of prescription drug monitoring program, pain management clinic oversight laws, and law requiring or allowing pharmacists to request patient identification, were significantly associated with opioid overdose mortality.

Findings of this analysis likewise showed that the „sign of the effect of medical cannabis law switched from negative to positive once the data were extended to 2017,” although the magnitude was „diminished” and the estimate was not found to be statistically significant in either specification.

The expanded model included indicators for different types of cannabis laws and found that having a comprehensive medical cannabis law was associated with higher opioid overdose mortality of 28.2% (1.2, 62.4), while estimates for other laws were nonsignificant.

„Had the analysis’ endpoint been between 2008 and 2012, the results would have been comparable to those obtained by Bachhuber et al,” the authors note.

„However, the association became equivocal in 2013 [and] by 2017 it had reversed such that a study conducted in that year might lead some to conclude that medical cannabis laws were compounding opioid overdose mortality,” they add.

What Works, What Doesn’t

Shover distinguished between two questions regarding the relationship between opioids and medical cannabis.

„We wanted to know whether cannabis might be a potential solution to the opioid crisis and overdose mortality and we found that, on a population level, this was not the case.”

The second question „is whether [cannabis] is an effective pain relief for some people, which is an important question that more people will hopefully get to the bottom of.”

Separating these issues was the „main contribution of this study,” Shover said.

„On the one hand, we want to prevent deaths from overdoses and any more time we invest in strategies that don’t work is time we are not spending on finding strategies that do work or developing the ones that we already know work.”

One important intervention is reforming incarceration „because, right after release from jail, people are particularly vulnerable to overdose since they haven’t used [opioids] in jail and when they are released, they use the same amount that they had used before incarceration and they overdose,” she said.

Increasing access to naloxone, „which we know works,” is another way of preventing opioid overdoses.

It is also important to „make it easier for people to access treatment for opioid use disorder, including medications such as suboxone, methadone, and naltrexone as well as nonpharmacologic therapies,” Shover observed.

„We have a lot of evidence about things that work, so the challenge is having the political will and health system support to make those available to people,” she emphasized.

Much more research „needs to be done specifically examining causal relationships and individual patient analyses” because the „ecological fallacy described here is a very real phenomenon,” said Berlau, who was not involved with the study.

The study „further emphasizes the need for federally funded cannabis research, which is currently very restricted and extremely challenging to perform,” he noted.

„Once real, tangible benefits or cannabis can be established (or ruled out), and then clinicians can properly educate their patients,” he added.

„The non-robustness of the earlier findings also highlights the challenges of controlling scientific messages in controversial policy areas,” the authors remark.

Indeed, cannabinoids do have „demonstrated therapeutic benefits, but reducing population-level opioid overdose mortality does not appear to be among them,” they conclude.