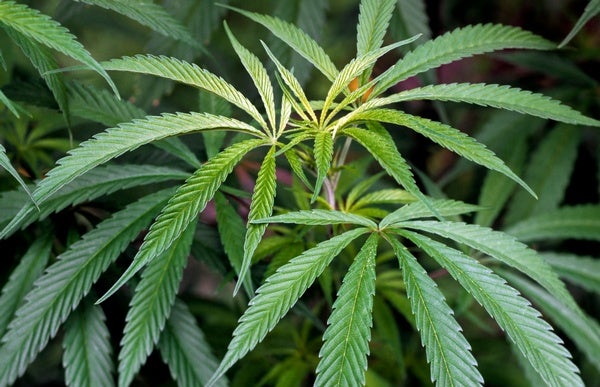 Cannabis is hell of a drug. I don’t say that to demonize cannabis, but rather to call attention to its remarkable complexity, both in terms of its composition and place in our current culture. In the past year, I have written four expert opinion essays in the popular media, being careful to present the scientific consensus and most up-to-date research concerning cannabis addiction and its diagnostic picture, the complex relationship between cannabis and mental health, and the potential therapeutic role of cannabis in the opioid crisis.

As a result, I purchased a front-row seat to what might be called “the cannabis culture wars” between pro- and anti-cannabis zealots, and I tasted the experience of receiving vitriol from both factions.

The last year has been both fun and stressful. It has been fun because I have enjoyed the process of practicing effective science communication to the general public, which is my ethical duty as a clinical psychologist; it was a pleasant bonus to be a special guest on Dr. Drew’s podcast.

It has been stressful because, quite frankly, engagement in social media wars with both cannabis medicine specialists and reefer madness proponents can take its toll on a person’s patience. That said, conflicts in opinion can become fruitful when participants approach engagement in dialogue with humility and by checking their ideology at the door, so to speak.

The cannabis culture war is futile because it is predicated on the false idea that cannabis can be pigeonholed into categories. The strange reality is that cannabis holds multiple truths at the same time because, rather than seeing it as a single substance, it is best to conceptualize cannabis as a chemical soup with over 500 ingredients that can be served in countless different ways.

The two most studied of these ingredients are delta-9-tetrahydrocannabinol (THC) and cannabidiol (CBD), which can have very different effects on a person’s experience—for example, THC can induce euphoroia, anxiety and psychosis, whereas CBD is largely nonintoxicating and can produce antianxiety and antipsychotic effects. This means that cannabis is a paradoxical substance that does not lend itself to sloppy, black and white, categorical thinking.

If you scour the scientific literature, you will find evidence that cannabis has been associated with benefits for a variety of conditions, ranging from nausea, to treatment-resistant epilepsy in children and multiple sclerosis, to opioid withdrawal and social anxiety disorder. Cannabis has also been associated with harms including addiction, anxiety, psychosis, cardiovascular disease and cognitive impairment. That said, all of these associations require further research to sort out what causes what (causal pathways), exactly how that might be the case (mechanisms) and what else might explain the associations (confounders).

The problem with the propagation of inaccurate, one-sided, ideologically possessed beliefs about cannabis is that it fuels polarization and stifles discussion, rather than moving forward cannabis-related discussions in a humble, honest and data-driven way. Not only is the spread of misinformation and polarized views ignorant at best, but worse, it can be harmful to vulnerable populations on both sides of the aisle.

For example, while investigations into the use of cannabis as a potential treatment for opioid addiction remain promising, elevating cannabis to the status of a cure and using it in lieu of already established treatments (e.g., methadone and buprenorphine) could be life-threatening. Similarly, withholding cannabis as a treatment for chemotherapy-induced nausea on the basis of holding anti-cannabis sentiments is equally nauseating. Nothing about the topic of cannabis is straightforward.

Messages involving cannabis should reflect this complexity, highlighting that its use is relatively safe for the majority of people and that it holds potential to be both a medicine and a poison depending on a variety of factors. The most helpful way forward for policy and practice is to acknowledge and integrate this nuanced reality.