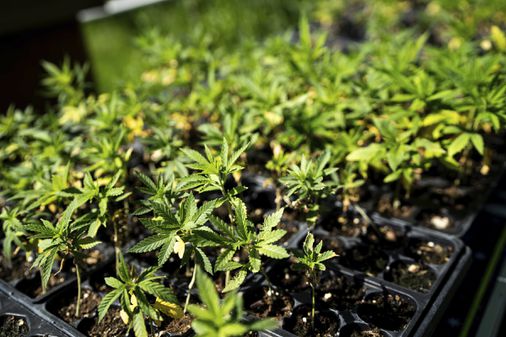 Marijuana Moment is a wire service assembled by Tom Angell, a marijuana legalization activist and journalist covering marijuana reform nationwide. The views expressed by Angell or Marijuana Moment are neither endorsed by the Globe nor do they reflect the Globe’s views on any subject area.

The US Postal Service confirmed in an expanded policy update last week that hemp products are legal to mail under certain circumstances because the crop is no longer a federally controlled substance.

In a guideline published in the agency’s Postal Bulletin, USPS said that it has “received numerous inquiries from commercial entities and individuals wishing to use the mail to transport cannabidiol (CBD) oil and various other products derived from the cannabis plant” since the passage of the 2018 Farm Bill, which legalized hemp.

Accordingly, the institution circulated internal guidelines on the matter in March and is now externally clarifying what it considers legally mailable. Here’s the language of the new policy:

“Hemp and hemp-based products, including cannabidiol (CBD) with the tetrahydrocannabinol (THC) concentration of such hemp (or its derivatives) not exceeding a 0.3 percent limit are permitted to be mailed only when:

a. The mailer complies with all applicable federal, state, and local laws (such as the Agricultural Act of 2014 and the Agricultural Improvement Act of 2018) pertaining to hemp production, processing, distribution, and sales; and

b. The mailer retains records establishing compliance with such laws, including laboratory test results, licenses, or compliance reports, for no less than 2 years after the date of mailing.”

That update is actually less restrictive than what some hemp industry advocates recommended.

In April, the US Hemp Roundtable sent a letter to USPS stating that the agency should allow hemp-derived CBD and other hemp products to be mailed, but it said mailers should proactively produce a “signed self-certification statement” containing information affirming that the product meets the federal definition of hemp and also a copy of a certificate from a laboratory testing analysis in order to use USPS services.

USPS, on the other hand, is simply requiring mailers to keep those records on hand for up to two years.

“A mailer is not required to present the documentation at the time of mailing, but such documentation may be requested either at that time or on a later date if there is doubt about the item’s mailability or the addressee’s ability to legally receive it,” USPS wrote. “This process is consistent with existing regulations governing questions about mailability of restricted matter.”

The agency said that issues surrounding the mailability of hemp products are likely to be further clarified after the hemp legalization provision of the agriculture law is fully implemented.

“With this revision, the Postal Service intends to provide mailing standards that sufficiently address the current environment with regard to the domestic commercial transportation of cannabis-based products as well as those changes anticipated from the full implementation of the 2018 Farm Bill,” USPS said.

Read this story on Marijuana Moment.