Canadians should expect a small initial supply of cannabis edibles when they become legal in mid-December, and the limited range of products won’t include goodies that might appeal to kids, government officials say.

Health Canada released new regulations on cannabis edibles, beverages, topicals and extracts today — products that will be on the legal market as early as mid-December.

Officials say the regulations — which include strict packaging and labelling requirements — are designed to limit the appeal of cannabis products and reduce the risk of food-borne illness or over-consumption.

The products will require child-resistant and child-proof packaging, and products must not „be appealing to youth.”

„I’ve heard from the industry and people say, 'You know, we could make more money if you did this or relaxed these regulations.’ But quite frankly, that’s not our motivation,” he said during an event in Coquitlam, B.C. Friday.

„Our motivation is, and will always be, to protect our kids, protect health and safety of Canadians, to keep our communities safe and displace that illicit market that has developed over decades in this country.”

Blair warned that buying from the black market is a „crap shoot” because consumers can’t be assured of the potency or purity of the product. Black market products can contain insecticides, pesticides or fertilizers that are not fit for human consumption, he said.

„We are replacing those illegal products, those far riskier products, with a safer product, with a regulated product,” he said.

In a briefing with reporters Friday, Health Canada officials said proposed products will be assessed for flavour, colour, shape, smell and branding to determine if they could be enticing to children.

Items will be evaluated on a case-by-case basis — and it’s not clear exactly where the lines will be drawn. 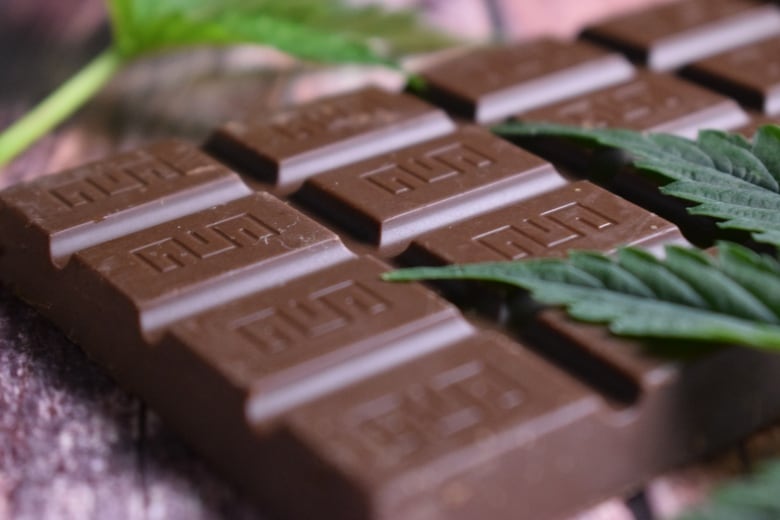 „If you’re asking if a gummy bear is appealing to a young person, would that be permitted, the answer is no,” one official said in response to a question about what will or won’t be allowed for sale.

„A gummy bear that is appealing to kids is prohibited … and it’s an offence that’s punishable by very serious consequences … five years in prison and a million dollar fine.”

The ban on selling products appealing to youth and associated restrictions are similar to the laws governing tobacco and vaping products.

NDP health critic Don Davies accused the government of dragging its heels on legalizing edibles, leaving it in the hands of the black market. Canadian businesses are hamstrung when they could be „going gangbusters,” as they are in jurisdictions like California, he said.

No reason to wait

„There’s no reason that we shouldn’t be going forward with edibles on policy grounds, on health grounds and finally for business reasons,” he said.

Officials said the licensed industry will need time to design and build their inventory before getting government approval.

„As such, adult consumers should expect to see a limited selection of products appear in stores initially, with additional products becoming available over time,” said one official.

Health Canada said it could not predict how long it would take for a bigger and more diverse supply of products to hit the market. As of July 15, existing federally regulated processors can apply to Health Canada to make sure they can sell their products, and can advise the department of proposed products as of Oct. 17.

They can then make those products available for sale 60 days later.

To limit adverse reactions due to accidental consumption or over-consumption, each individual package will be limited to a maximum of 10 mg of THC, the primary psychoactive component in cannabis. Officials said that while smoking cannabis can have an almost immediate effect, ingesting cannabis can take up to four hours to take effect, and the effect can last much longer.

They also warned that chronic use of cannabis can have serious health consequences, such as addiction and memory or concentration loss.

Conservative health critic Marilyn Gladu said some young children in the U.S. have wound up in emergency rooms „poisoned” by over-consumption or accidental consumption of cannabis. She urged the government to launch a major awareness campaign ahead of the legalization of edibles.

„We have to get the education out there about the products so that people understand how to keep them away from children,” she said.

When dried cannabis became legal for recreational use last October, the government continued consultations on rules for edibles and other products, which wrapped up in February.

The new regulations will give authorized distributors and retailers access to three new classes of cannabis products:

Cannabis-infused alcoholic beverages and cannabis products containing tobacco, nicotine or caffeine will be prohibited. Some goods with low amounts of naturally occurring caffeine, such as chocolate, will be permitted.