If you’re someone who has a strong affinity for the cannabis plant, you’re likely familiar with being judged for it.

But when you need it medically, this judgement can cause more harm than an awkward moment. When people make negative assumptions about what life is like for someone who medicates daily with cannabis, it can lead to things like job and home instability.

If someone, say, thinks that your chronic illness is actually a result of wanting to get high all day and be lazy—which it can look like, since illnesses demand rest—you aren’t likely to get the support that these illnesses demand.

“My ex-husband sued me for custody of our son, citing my medical marijuana patient status as a reason that I should lose him.”

And when you’re someone in this situation who’s also a parent—well, that’s a whole different level of inappropriate punishment due to a plant.

Jessie Gill, Registered Nurse and founder of Marijuana Mommy is someone who’s had all too much experience in this realm. As a public cannabis advocate and parent, she’s unfortunately dealt with a whole lot more than dirty looks.

“My ex-husband sued me for custody of our son, citing my medical marijuana patient status as a reason that I should lose him,” she says. “Fortunately, I’m in New Jersey where patients have more protection than other regions, but my son has been the victim of many cruel comments about me because of my medication.” 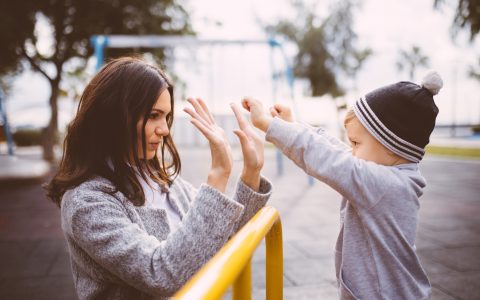 We Need to Destigmatize Parents Who Use Cannabis

Perception around cannabis is quickly evolving. Yet even in legalized areas, parents often aren’t included in the changing perceptions of cannabis. The prevailing presumption often seems to be: If you’re using cannabis when a child is awake and under your care, then you’re putting the little one in harm’s way. But your medical condition doesn’t care what your kiddo is up to. You will have to combine cannabis and parenting. It’s inevitable.

The thing that people don’t seem to realize is that having a chronic condition can severely and negatively impact one’s ability to parent, and pharmaceutical medications often come with side effects that exacerbate this problem. In many cases of chronic-illness sufferers, cannabis is the option that yields the best ability to parent.

For Many Parents, It’s Really the Best Option

Jessie suffers from a spinal injury and nerve damage in her neck, head, throat, and right arm. It causes mobility issues and constant pain, to the point that even holding her head up is excruciating. If she doesn’t medicate with cannabis, she’s completely debilitated and on bed rest. It was hard for her to go anywhere or do anything—even just watching her kids’ activities was too much.

Before cannabis, she had to medicate with opiates, Valium, Lyrica, as well as several other meds—a combination she says resulted in destructive consequences. Between the depression, fatigue, and stomach issues, she was barely even existing at all. She felt hopeless. 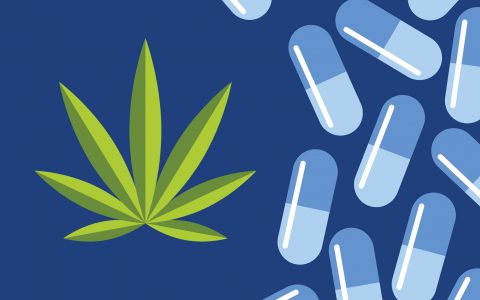 She’s grateful that cannabis relieves her pain, allowing her to fully engage with life again. She says, “Thanks to cannabis, I’m able to be present for my children. I can engage in their activities and enjoy time with them again. I can go places. I can sit at the table and play board games.”

“My five-year-old daughter has ADHD, and cannabis allows me to be more intuitive and compassionate while parenting difficult situations.”

Another mother familiar with this situation is Stefanie Taylor, who agrees that cannabis makes her a more present parent. She is a cannabis advocate who suffers from anxiety and Mixed Connective Tissue Disease, the latter of which results in widespread muscle pain and fatigue. Sitting or standing for an extended period is very painful, which can make the physical demands of parenting feel impossible, especially on top of her full-time corporate job.

Before cannabis, she was taking a monthly infusion of a biologically modified immunosuppressant, which made her weak and tired. But with cannabis, she’s able to handle the physical demands of parenting, adding, “I also feel that while I’m using cannabis, I’m a more patient parent. My five-year-old daughter has ADHD and I think cannabis allows me to be more intuitive and compassionate while parenting difficult situations.”

To Hide or Not to Hide

Both mothers are advocates of cannabis who generally don’t hide their use from others.

Stefanie says she feels frustrated that cannabis still has a negative social stigma, adding, “I also feel motivated to be an example of how cannabis can be used while parenting in a responsible and effective way.”

With Jessie’s position as a nurse, she says, “I feel a deep ethical obligation to share my story and to share information about the benefits with other potential patients—so I don’t feel like hiding it is an option.” 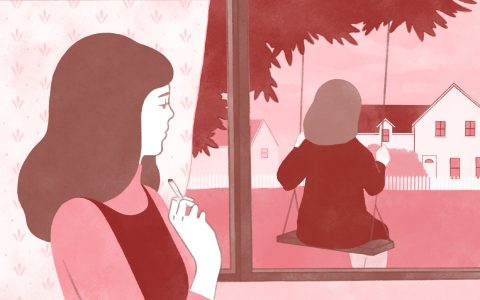 Conversely, there are many who feel that hiding their cannabis use is the only option. Kevin from Chicago says that sharing his medicating with others would leave him open for custody issues. His wife and trusted friends know, but he keeps it a secret from everyone else to avoid judgment as a parent or in other ways.

When asked if it’s safest to hide his use from other adults, he says, “Always. As much as I’d like to say otherwise, nobody should know. You never know when it can come back to bite you.”

Talking Cannabis With the Kids

Kevin includes his stepson in people he doesn’t tell about his medicating, being careful not to smell like cannabis around the 11-year-old. But Jessie and Stefanie’s kids are aware.

“Our children are our future. Teaching them the real benefits and the real risks of cannabis is how we change the stigma.”

Jessie says her kids were very different ages when she became a patient. “My daughter had just started college, and my son was in third grade,” she says. “My daughter was a little freaked out at first because of the stigma, but after watching me suffer so much, she was also hopeful for any solution. Seeing my remarkable medical results made us all realize how incredible this plant is. For my son, it was different. He hadn’t been exposed to the stigma yet. I knew I had to prepare him for the nonsense he’d hear in school and the hatred he’d encounter from others.”

Jessie also worried that if she didn’t tell her kids, they’d find her medicine and be afraid that she was doing something illegal. She adds, “It’s extremely important to educate our kids about cannabis at home, because they are not receiving accurate information at school. Our children are our future. Teaching them the real benefits and the real risks of cannabis is how we change the stigma.” 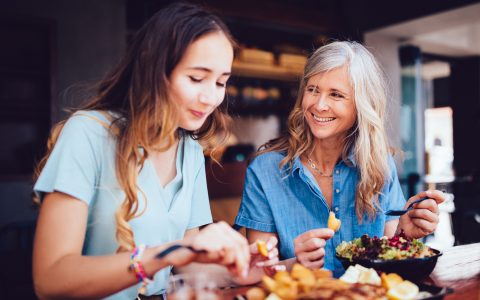 I’m a Cannabis-Using Mom. How Should I Talk to My Kids About Legalization?

Stefanie’s daughter is only five, so she approaches the matter in a way that makes sense to her. “My daughter is aware that I use cannabis to help relieve chronic pain,” she says. “I talked to her about cannabis as a plant and how the flowers are the medicine. She knows not to touch someone else’s medicine (pharmaceuticals, too). I keep all of my cannabis products out of reach. I know there will be more mature conversations as she ages.”

She adds that her kiddo’s knowledge has caused an awkward moment or two, saying, “I’ve never asked my daughter to not discuss my health or medication with other people, although I considered it after she confided in a stranger at a restaurant!”

Clearing the Smoke on Stigma

These cannabis patients are working hard to keep their health in balance so they can care for their children. Stigma around cannabis use has real consequences, especially for patients—and even more so for patients who are also parents. The people in this article are responsible adults, hardworking parents who deserve to be treated with compassion, and, frankly, some common sense. 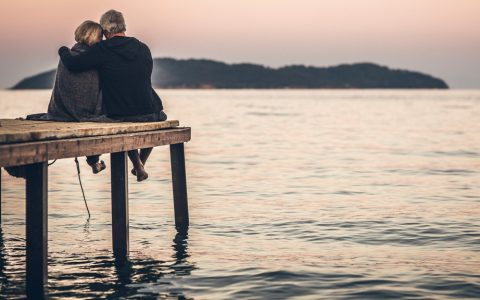 Baby Boomer Parents, Have You Come Out of the Cannabis Closet to Your Adult Kids?

People who are unfamiliar with cannabis need to know that the reality is nothing like what it is on TV, and it’s also not like “that one time they did cannabis and it was totally crazy.” The experience stops being crazy pretty quickly, especially when you’re using it to medicate. If you have pain all over your body and then something takes that pain away, you’re able to think better, even if it is at a slightly different angle.

Also, have those who judge ever taken a strong painkiller? Do they think (and goodness, they must) patient parents ought to be taking Oxycontin all day? And let’s not even get started on the “wine mom” phenomenon. People have been medicating with cannabis since the beginning of history—it’s a valid medicine.