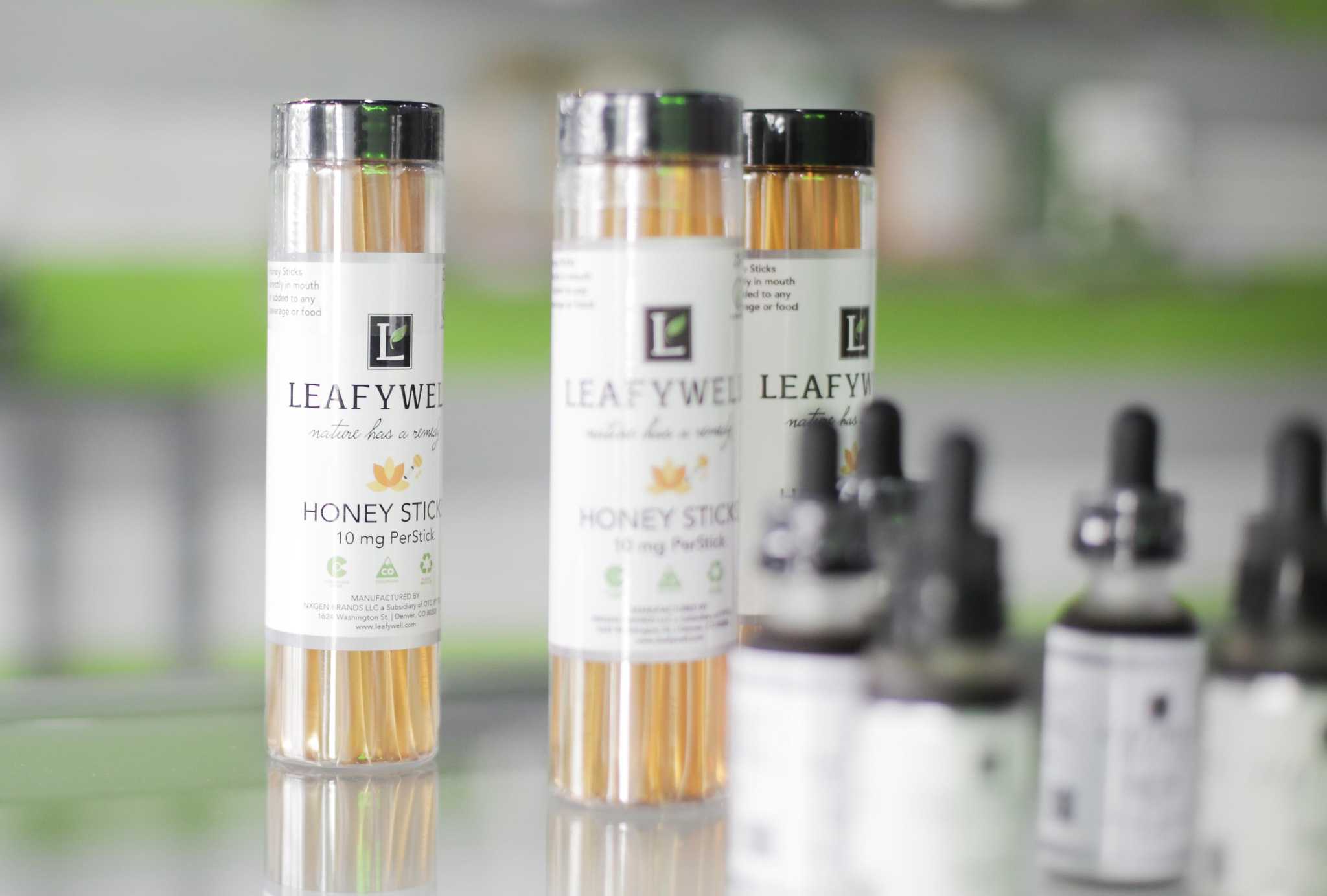 The origin story of the Houston Hemp Lab, a store specializing in CBD products in The Heights, starts with eavesdropping.

That was in October.

By January, Romo and the bartenders, Ty Whitaker and Zack Sims, both 25, drew up a business plan for a shop that would sell only lab-tested and certified CBD-infused products. The products would contain no THC, or tetrahydrocannabinol, which is the main active ingredient in cannabis.

Where to find CBD oil in Houston

On Chron.com: Shop specializing in CBD products opens in Spring

THC is the psychoactive ingredient that gives users a high; tests show that CBD, or cannabidiol, does not. It’s not derived from marijuana, but rather from its sister plant, hemp. It’s touted for its health benefits, which span pain regulation, anxiety disorders, depression and various seizure disorders.

Four months later — on April 20, of course — Houston Hemp Lab was open for business on West 19th Street. The aesthetic is that of a laboratory, complete with a skeleton wearing a lab coat standing in the corner.

The three owners, and sales associate Nic Williams, 23, have found reputable vendors nationwide to fill the store with everything from CBD-laced topical creams, oils and edibles and non-alcoholic drinks to dog treats for pups with achy joints.

While some merchants and point-of-sale companies have denied to work with the young entrepreneurs, the store is on its way to making profit in its first two months of operation, Whitaker said.

“There’s no track record for CBD businesses, therefore it’s ‘high-risk,’” he said. “But it’s worth the risk with us. Other states have had so much success with CBD that obviously when everything does finally fall even, we’ll be glad we got in so early.”

CBD-infused products are sold in many stores now, but it wasn’t until this week that state regulation defined which marijuana- and hemp-related products are legal to buy and sell.

After a few years of what legal experts have called the “Wild West of CBD,” hemp is legal to but and sell in the state of Texas if the product contains less than 0.3 percent THC, said Luke Williams, a Fort-Worth based criminal defense lawyer.

On June 10, Gov. Greg Abbott signed House Bill 1325 into law, which modifies the Texas Agriculture Code for regulation and sale of hemp and hemp-related products, as well as sections of the Texas Health and Safety Code to exclude hemp from the definitions of “controlled substance” and “marijuana.”

Hemp is now defined as “the plant Cannabis sativa L. and any part of that plant, including the seeds of the plant and all derivatives, extracts, cannabinoids, isomers, acids, salts and salts of isomers, whether growing or not, with a delta-9 tetrahydrocannabinol (THC) concentration of not more than 0.3 percent on a dry weight basis,” according to the new law.

On HoustonChronicle.com: If hemp is legal in Texas, what will come of the state’s medical cannabis program?

The bill helps clarify the industry in a way that allows manufacturers, farmers and entrepreneurs to expand their businesses, as well as protect consumers from being charged with a possible felony-level offense for possession of a product with any amount of THC, Williams said.

Does this mean you can have CBD oil products in your car and not get arrested if you’re pulled over? Yes, but it could still be tested by law enforcement.

The bill amended the agriculture code to allow for a law enforcement officer to “inspect and collect a reasonable-sized sample of any material from the plant Cannabis sativa L found in a vehicle to determine the THC concentration of that material,” Williams said.

This new legislation is the first marijuana regulation in Texas since Texas Senate Bill 339, the Texas Compassionate Use Act, was signed in 2015. That law related to the medical use of low-THC cannabis and regulated organizations that obtained licenses to dispense low-THC cannabis.

The new law significantly clarified the previously confusing state of the law concerning CBD products in Texas, Williams said, but it’s important for people who are selling, buying and possessing them to read the fine print of the bill.

On May 31, the Food and Drug Administration hosted a public hearing on scientific data and information about products containing cannabis and cannabis-derived compounds.

“There are real risks associated with (THC and CBD) and critical questions remain about the safety of their widespread use in foods and dietary supplements, as well as other consumer products — including cosmetics, which are subject to a separate regulatory framework,” said FDA Commissioner Ned Sharpless. “Given the new interest in marketing cannabis products across the range of areas FDA regulates, we will need to carefully evaluate how all these pieces fit together in terms of how consumers might access cannabis products.”

While there is an “explosion of interest in products containing CBD,” Sharpless said, there is still much the agency does not know about it. And while the FDA’s rules typically prohibit companies from adding unregulated compounds to food or dietary supplements, that hasn’t stopped the market from growing.

The commissioner said the “unique complexities” in CBD regulation have left the agency with many unanswered questions related to its safety. The agency will take public comments on CBD through July 2, but Sharpless said that implementing new regulation could take years.

Renew Houston: Get the latest wellness news delivered to your inbox

So, while Texas law has been clarified, the jury is still out on the health benefits of hemp-derived products.

Dr. Victor Sierpina, who specializes in family, holistic and integrated medicine at the University of Texas Medical Branch, said CBD is not addictive and is mostly used for pain, nausea, loss of appetite, depression, anxiety and insomnia.

CBD could aid in the opioid epidemic, he said.

“In terms of pain medicines, this will be your least addicting process, compared to opiates and other types of narcotic medications,” Sierpina said.

“Cannabinoids are introduced into our nervous systems in the same way we have endorphin receptors. Some people get really high on endorphin receptions, and some just kind of tolerate them. This may be the safest way in dealing with the opioid crisis and pain management.”