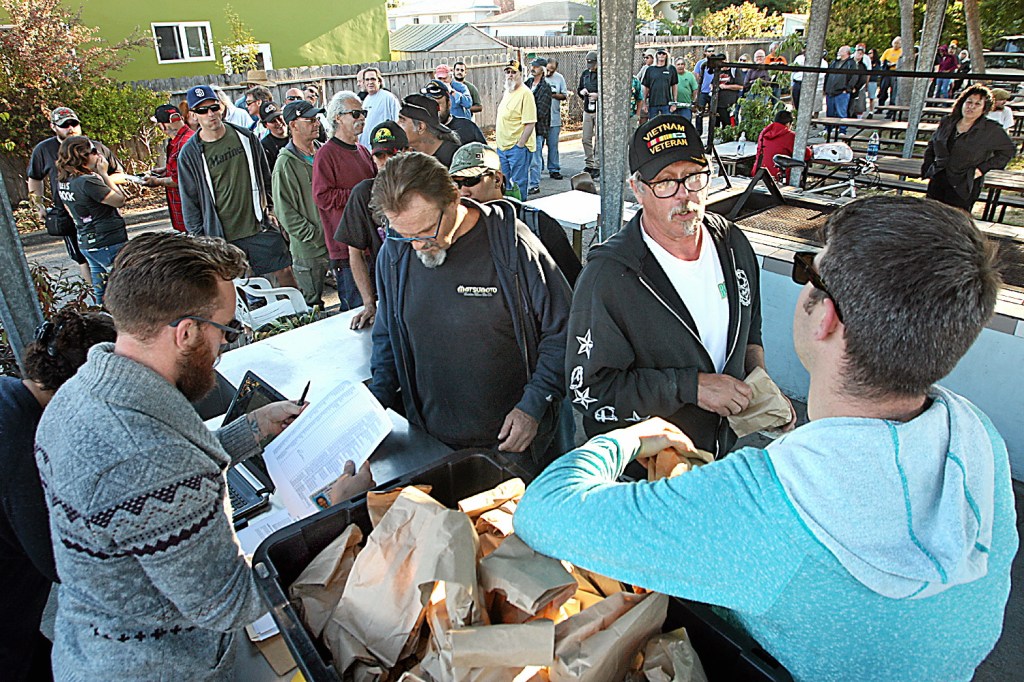 SANTA CRUZ — Most veterans who use cannabis report using the drug to treat physical or mental maladies instead of turning to prescription medications or other drugs, a study of California veterans found.

Researchers from the Department of Veterans Affairs, Harvard Medical School and the University of Pennsylvania surveyed 93 veterans who received donations of medicinal cannabis from the Santa Cruz Veterans Alliance, based in Santa Cruz County. The results were published in May in the American Journal of Drug and Alcohol Abuse.

The new research bolsters evidence that veterans prefer using cannabis to treat a range of symptoms instead of turning to prescription painkillers and other licit and illicit drugs with more serious side effects.

And the findings paint what may be the clearest picture to date of how — and how often — veterans use cannabis when it is easily available.

“This study confirms what we’ve been seeing on the ground for years now — coming up on a decade — which is that veterans are not only finding benefits from using cannabis medicinally, but are also using it to replace pharmaceutical drugs that they are being given by the V.A. that they find harmful or more dangerous,” said Seth Smith, Santa Cruz Veterans Alliance’s vice president of communications and public affairs.

Most veterans — 79% — reported using cannabis to treat both physical and mental health symptoms. Chronic pain was the most common symptom reported, followed by anxiety, PTSD, depression and insomnia.

And nearly two-thirds of those surveyed said they used cannabis instead of another drug, most commonly prescription pharmaceuticals, but also alcohol, tobacco and illicit drugs.

“Given that cannabis use is associated with a much lower dependency potential and risk of overdose compared to other substances with a risk of misuse, this finding could suggest a positive impact of reduced barriers to medicinal cannabis access among veterans,” the study states.

The average veteran surveyed used cannabis at least four times each day. Most said they prefer to smoke cannabis, as opposed to using edibles or vaporizing, researchers found, while 16% said they use highly concentrated “dabs.”

Veterans’ frequency of use, as well as their preference for smoking high-potency kinds of cannabis are areas of potential concern, according to the study’s authors. Prior research has found that frequent use of more potent kinds of cannabis is associated with an increased risk of dependency and withdrawal.

“Results of the current study suggest that military veterans with reduced barriers to access cannabis could be making both helpful and harmful choices regarding their cannabis use,” the study concluded. “These findings suggest that more guidance on the selection of cannabis-based products in this population is warranted, particularly as barriers to medicinal cannabis access are reduced.”

Founded in 2010, the Santa Cruz Veterans Alliance grows and donates medicinal cannabis to hundreds of military veterans each month, subsidized by its sales to the recreational market.

Source: The American Journal of Drug and Alcohol Abuse