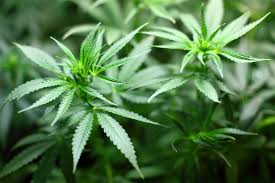 Cannabis—marijuana, hemp and cannabidiol (CBD)—is poised for major legislative action during the 116th Congress. Lawmakers on both sides of the aisle are creating cannabis-friendly policies that could stimulate the economy and decriminalize various forms of the drug.

According to the Pew Research Center, about six in 10 Americans support the legalization of marijuana use. Along party lines, the independent study center found 69 percent of Democrats and 45 percent of Republicans said it should be legal to use marijuana. Research shows support for cannabis legalization has progressively increased since the 1990s.

“For far too long, communities of color and women have been left out of the conversation on cannabis. I am committed to ensuring that marijuana reform goes hand-in-hand with criminal justice reform so we can repair some of the harm of the failed War on Drugs,” Lee said in a press release. “We must also work to build an industry that is equitable and inclusive of the communities most impacted by cannabis prohibition.”

Stories about Blacks and Latinos disproportionately facing charges for marijuana use or possession are referenced by lawmakers seeking decriminalization of the drug and expungement of criminal records involving nonviolent cannabis-related offenses. There hasn’t, however, been much of a spotlight placed on minority business owners in the cannabis industry and their consumers, who both stand to gain from a series of proposed bills with bipartisan support in both chambers of Congress.

Black business owner Barbara Biddle has two District Hemp cannabis retail shops in northern Virginia. Although her products have always been in compliance with federal standards, she said there was a time when her staff was almost arrested by local law enforcement. A letter of insurance stating her products were legal, domestically sourced and under the legal limit, plus lab results verifying all the store’s products were in compliance, helped her staff avoid charges.

“The FDA [Food and Drug Administration left it very open, saying there would be pathways to giving more clarity to how it was going to treat CBD and hemp,” said attorney Meredith Kinner.

Cannabis for medical use is legal in 33 states, the District of Columbia, Puerto Rico and Guam; 10 states and DC have adopted laws legalizing recreational use of cannabis for adults. But business owners selling cannabis products in all states, regardless of legalization, have had difficulty navigating the banking and insurance industries.

Lee proposed the RESPECT Resolution to address this issue and to ensure people of color have fair access to cannabis business licenses and applications.

Sen. Jeff Merkley (D-Oregon) introduced a similar measure in the Senate titled the Secure and Fair Enforcement Banking Act of 2019. This bipartisan bill would create protections for institutions that provide financial services to cannabis-related businesses.

As the cannabis industry continues to grow, access to capital has the potential to make or break the emerging market.

The Cannabis Revolution and States’ Rights

Hemp is defined as a cannabis plant that is under 0.3 percent of tetrahydrocannabinol, or THC. The legislation also allowed the Department of Agriculture to remove CBD from the Controlled Substances Act.

Despite legalization, some federal departments and agencies, such as the U.S. Department of Agriculture (USDA) and the FDA, have the power to regulate products with cannabis or cannabis-derived compounds. Since the farm bill passed, a federal shutdown stalled the FDA’s development of guidelines for CBD food products and the implementation of hemp regulations by the USDA.

In February, a bipartisan group of lawmakers, including Democratic presidential candidate Rep. Tulsi Gabbard of Hawaii, wrote to the FDA to request a legal pathway for CBD food products.

Current FDA guidelines prohibit retailers from labeling and advertising the health benefits of CBD products. In May, the FDA held a public hearing to consider whether the agency should implement new rules for these products.

Similarly, there has been a congressional push for new rules that could impact hemp production in the agriculture sector.

McConnell and Wyden wrote to the Secretary of Agriculture Sonny Perdue in February urging that department to implement new hemp rules.

Although McConnell is a proponent of hemp, he opposes the legalization of marijuana.

“I do not have any plans to endorse the legalization of marijuana,” he said to reporters in 2018. “[Hemp] is a different plant. It has an illicit cousin which I choose not to embrace.”

Since the start of the 116th Congress, Democrats and Republican in the House and Senate have proposed more 60 marijuana- and cannabis- related measures.

In 2018, New York established the Industrial Hemp Research Initiative, a program that offers grants for hemp cultivation. In Kentucky, hemp has become the fastest area of growth in the state’s agriculture sector. And in Oregon, farmland occupied by hemp increased by more than 300 percent in a year.

To protect cannabis businesses and consumers in states where the plants are legal, Sen. Elizabeth Warren (D-Massachusetts) introduced the Strengthening the Tenth Amendment Through Entrusting States Act in 2018.

Gardner said the bill will ensure “the federal government will respect the will of the voters—whether that is legalization or prohibition—and not interfere in any states’ legal marijuana industry.”

Presidential candidate Sen. Cory Booker (D-New Jersey) is a known advocate for marijuana decriminalization and restorative justice. He has proposed two bills related bills, the Next Step Act of 2019 and the Marijuana Justice Act of 2019, the latter of which was also introduced in the House.

Gabbard has also introduced cannabis-related legislation. Her bill, the Marijuana Data Collection Act, would direct the Secretary of Health and Human Services to implement a 10-year partnership with the National Academy of Sciences to conduct and update every two years a study on the effects of state marijuana legalization programs. This proposal has three