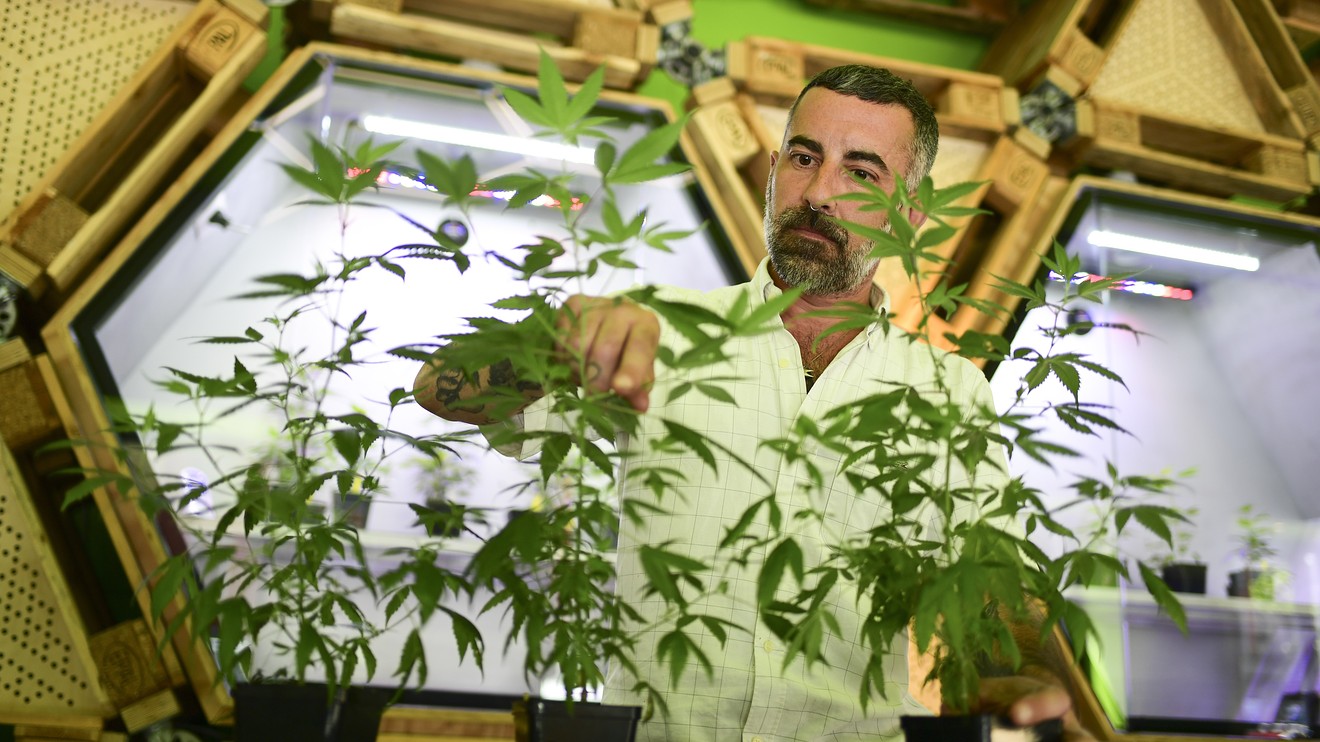 Cannabis stocks resumed their selloff on Monday in a continued response to last week’s disappointing earnings from industry leader, Canada’s Canopy Growth Corp., the biggest company in the sector measured by market capitalization.

Canopy shares CGC, -3.03% WEED, -2.91%  fell 3.3% in early trade to bring their month-to-date losses to 12.5%, after fiscal fourth-quarter earnings showed declines in recreational sales of cannabis from the previous quarter and higher-than-expected costs.

“We’re still seeing the Canopy report spill over into the sector as people work their way through the numbers,” said Korey Bauer, portfolio manager of the Cannabis Growth mutual fund CANNX, -1.96% recently launched by Foothill Capital Management. “There was some disappointment about how much they’re spending and international is not as impressive as hoped, but time will tell. We have the edibles rollout in Canada coming in the (calendar) fourth quarter and Canopy is expecting that to be a big revenue provider.”

Analysts weighing in on the numbers on Monday took a mixed view with BMO Capital Markets’ Tamy Chen reiterating a neutral rating on Canopy stock amid concerns about margins and the operating expenditures needed to ramp value-added manufacturing in fiscal 2020.

Canopy’s gross margins shrank to 16% from 22% in the third quarter and were well below BMO’s estimate of 29%.

Cannabis Watch: The destination for MarketWatch’s coverage of the cannabis sector

“We had previously projected that retrofits at the company’s B.C. greenhouses would be completed in FQ3/19; however, the company indicated that these retrofits continued into FQ4/19, which negatively affected margins,” Chen wrote in a note to clients. “Looking ahead, we believe the gross margin should improve as we observed material improvements when we visited the B.C. greenhouses in May.”

Benchmark analyst Mike Hickey highlighted the continued supply issues that weighed on recreational and medical cannabis sales in the quarter, but remained bullish on the company’s longer-term prospects.

See also: Facebook will not allow marijuana sales on its platform

“Canopy offers us the clearest construct on how to build meaningful share in the global cannabis market and has the executive talent and capital to orchestrate on that vision; we are less focused on near term profitability considerations as they scale into future sales growth,” he wrote in a note.

Benchmark continues to rate the stock a buy with stock price target of C$100 ($76), that is almost double its current trading level.

Canopy co-Chief Executive Bruce Linton defended the company’s losses in an interview with MarketWatch’s Max A. Cherney on Friday, saying that the company’s stock compensation practices were partly to blame—but that’s a good thing.

“If we had zero stock-compensation loss, we would have a much lower loss and a much worse company,” he said. “It’s an accounting element that I don’t think makes people appreciate the value of options, that I’m hugely in favor of.”

Bauer from Cannabis Growth fund said the next big catalyst for the cannabis sector will be either a move from a big consumer packaging company or an easing of the federal rules on weed, noting one important move made by Congress last week.

On Thursday, lawmakers approved a spending bill that included a rider preventing the Justice Department from using federal funds to interfere with the cannabis business in states that have legalized. Advocates for legalization welcomed the news, as advocacy site Marijuana Moment reported, which demonstrates the growing support among lawmakers for the industry as more states legalize. The fate of the bill in the Senate is far from certain, however.

If the Senate were to approve the bill, it’s unclear whether it would be a sufficient easing of the restrictive U.S. rules for Canopy to exercise the option it has purchased to take over the multi-state operator Acreage Holdings Inc. ACRGF, +1.68% said Bauer. Canopy won approval last week for that deal, which it has said it would do as soon as the federal ban on cannabis has been lifted.

Don’t miss: This company wants to be the Bacardi of cannabis — and it has plans for an IPO

‘It depends if the exchanges allow it, because Canopy won’t risk their listing,” he said. “But if they do get the nod to move, it would trigger a huge wave of investment, and all the Canadian companies will be looking to come in.”

Meanwhile, adult-use cannabis sales in Ontario, Canada’s largest consumer market and home to about 40% of its population, more than doubled in April as new retail stores opened, as Marijuana Business Daily reported. Receipts from adult-use sales came to C$19.6 million in the month, according to Statistics Canada, up from C$7.6 million in March and C$7.5 million in February. Coming from just a handful of stores that have opened since April 1, the news indicates pent-up demand for cannabis after months of stagnation, said the news site.

Vape and accessories maker Greenlane Holdings Inc. shares GNLN, -2.57%  slid 8.9%. That stock came under pressure last week from efforts to ban the sale of vapes in San Francisco’s city limits. The shares have fallen 39% in the past month.

Don’t miss: How a marijuana-software company became the first of its kind to list its stock on Nasdaq