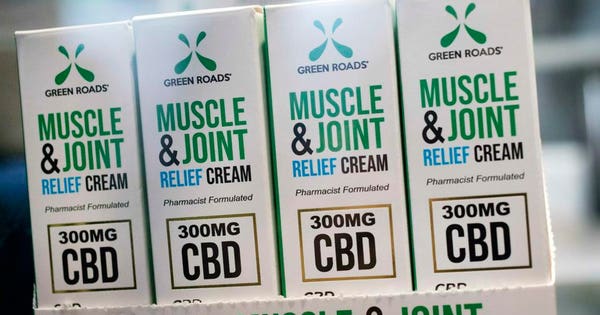 In early May, the Transportation Security Administration (TSA) dove into the cannabis debate with an Instagram post stating that “TSA Officers DO NOT search for marijuana or other illegal drugs” in screening procedures. The post caveated that “in the event a substance appears to be marijuana or a cannabis-infused product, we’re required by federal law to notify law enforcement.”

Many who commented below the post were justifiably confused. Was this a warning or a go-ahead? Was it an endorsement from a federal agency to travelers who may wish to bring cannabis from a state where it has been legalized to a state where it is prohibited? Over Memorial Day weekend, the TSA provided some additional clarification when it officially altered its guidelines to allow travelers to fly with cannabidiol (CBD) in certain instances.

CBD can be derived from hemp – defined by the Farm Bill as a cannabis plant with a THC concentration of less than 0.3 percent on a dry weight basis. It can also come from hemp’s THC-bearing cousin (which, from here on out, I’ll refer to as “cannabis”). When the 2018 Farm Bill removed hemp and hemp-derived products from Schedule I of the Controlled Substances Act, hemp-derived CBD effectively became legalized at the federal level. And that has put the TSA – and other federal agencies – in a situation where the old blanket bans on CBD no longer apply.

The signs are everywhere that CBD is becoming increasingly mainstream and will soon be ubiquitous in American life. Vape shops and health stores alike are advertising CBD in banners and storefront signage. National chains like Walgreens and CVS have announced that they will carry topical CBD products in a handful of states. For an extra $2.50, you can add CBD drops to your drink order at Gregory’s Coffee in states where it is legal.

While retail brands have been quick to cash in within the confines of federal regulations, federal agencies have been slow to figure out how to implement policies that balance a leniency around CBD with the nuance that only hemp-derived CBD is legal at the federal level.

With their policy change, the TSA has become among the first federal agencies to take on the issue, and it makes sense that they would make this step forward. It’s worth noting that the TSA is a security agency – not a law enforcement one. Their primary concern is threats to the safety of transportation, not enforcing federal drug policy.

In practice, however, the TSA’s policy may realistically allow people to bring cannabis-derived CBD from a state where it is legal to another where it is illegal. This doesn’t make federal cannabis policy any less confusing, but it does make it more permissive. The TSA’s decision may signal looser policies to come as cannabis use becomes more accepted across society and the push for federal legalization grows.

The U.S. Postal Service (USPS) is moving in the same direction, announcing that hemp products are now legal to send through the mail – with restrictions similar to the TSA’s. While the TSA might find it difficult to ascertain whether CBD products are hemp- or cannabis-derived, the USPS’s policy addresses that ambiguity before it becomes a problem. In order to send CBD through the mail, USPS requires a signed self-certification statement, as well as proof that the product comes from a licensed producer and that it falls below the 0.3 percent THC threshold.

Although companies and apps like Weedmaps, Eaze and its B2B counterpart WAYV have been facilitating CBD deliveries for several years now, their services have always been controversial and niche. Although the Google Play store recently banned apps that “facilitate the sale of marijuana or marijuana products, regardless of legality,” the Postal Service’s policy relaxation further inches cannabis delivery closer to the mainstream.

Only seven months have passed since hemp-derived CBD came off of Schedule I. Agencies like the TSA and USPS that have already taken action are not just adjusting to the new regime, they are creating a new model that other agencies and officials can emulate or tweak to their needs. Many agencies will have to make decisions on CBD sooner or later – including the Food and Drug Administration (FDA), those regulating the financial services industry, the Department of Veterans Affairs (VA), and virtually every agency overseeing interstate commerce.

With momentum building, the roadmaps that are being developed to deal with this subset of products will be helpful as leniency and permissiveness around CBD continue to expand across our government.