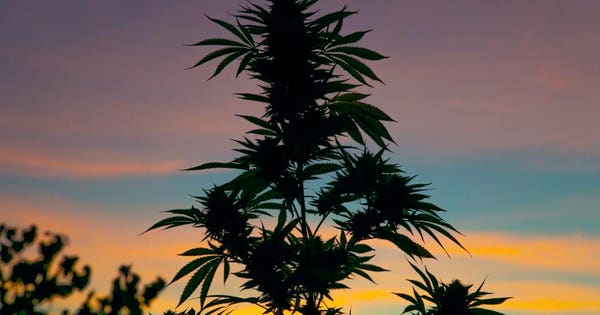 In May, Illinois became the 11th state to legalize adult-use cannabis, and the first to do so via legislative action. It’s made Illinois’ law different — and one might argue, better — than everyone else’s, and it provides a road map for other states struggling to get there.

Earlier this year, state legislatures in New York and New Jersey appeared to be heading toward the same goal. But both states faltered as they approached the finish line, deciding instead to consider asking voters to approve it through ballot initiative. In fact, the governor of New Jersey said it was almost impossible to lift prohibition legislatively. Illinois accepted the challenge, used those false starts as a cautionary tale and passed the bill just hours before the session ended for summer break. It takes effect Jan. 1, 2020. Although not yet official, Gov. J.B. Pritzker, a Democrat elected in November, campaigned on legalization and tweeted that he will sign the law for cannabis use for anyone over the age of 21 to be consumed in private homes and businesses.

Illinois legislators managed to pass not only the first bill legalizing the sale and possession of cannabis — it’s also the most progressive cannabis law in the country. It includes criminal justice reform as well as financial incentives and assistance for the minority communities most disadvantaged by the unequal application of old prohibition laws. Under the new law, Illinois will expunge the criminal records of more than 750,000 people who were convicted of minor cannabis possession offenses.

Then, as the state ramps up its industry, special consideration for licenses will be given to minorities living in high-poverty, high-conviction neighborhoods. A quarter of the cannabis tax and licensing revenues will be reinvested in those communities to help revitalize them. The state also will set up a special fund to subsidize cannabis licensing fees and provide low-interest loans to minorities opening a cannabis business. In the bill, legislators created a job-training program for the industry that will launch in September 2020 and made funds for it dependent on a community college having “a student population that is more than 50% low income.”

Currently Illinois has a relatively small cannabis industry, with nearly 72,000 patients spending roughly $16.5 million every month. But that’s expected to change quickly, as the state is projected to be the second-largest cannabis market in the country, with estimated sales of at least $2 billion annually, within just a few years. That would equate to about $444 million in new tax revenues, a boon for a state that’s currently facing unpaid bills of $15 billion. Of course, that’s for a fully operational and mature market. The newly opened one next year is expected to generate significantly more modest numbers — around $57 million for the state and $30 million for the new minority-business development fund.

What’s potentially even more significant for the state, though, is the explosion of new jobs coming as a result of the cannabis law. Illinois will give its current 55 medical cannabis licensees early approval to enter the 21-and-over market as soon as the law goes into effect next year. (New licenses won’t be issued until May.) According to Crain’s, most existing businesses plan to go on hiring binges as early as this summer to meet the expected demand come January. Chicago-based cannabis producer Cresco Labs, for example, said it will employ 600 people by 2020, doubling its current number. Verano, which Harvest Health & Recreation bought earlier this year in one of the biggest acquisitions in cannabis history, will be hiring “hundreds” of new employees this year. Now part of one of the largest multistate operators in the U.S., Verano will maintain its Chicago operations.

This coming boon is partly because Chicago is considered very cannabis friendly, and partly because the Illinois law prohibits individual localities from banning cannabis use and sales, unlike California, where wide swaths of the state’s more rural counties have instituted their own prohibitions. Chicago also is perfectly located to give cannabusinesses access to the entire Midwest. Many of the companies in the city already have started increasing their production footprint. Chicago-based Green Thumb Industries and Revolution Enterprises have plans to dramatically expand their facilities. Revolution will go from 115,000 square feet to 750,000 within two years.

Illinois found a way to pass legislation to legalize adult-use cannabis, sailing over roadblocks that tripped up other states. In the process, it has set itself up as a cannabis industry hub, guaranteeing the state a raft of new jobs and revenue streams. There’s probably a lesson to be learned here, New York and New Jersey.