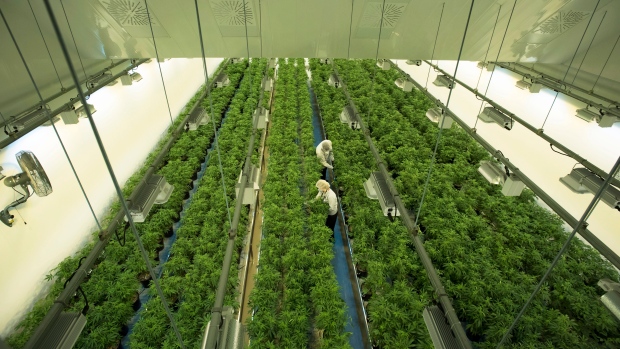 Despite warning Canadian politicians and investors about the risks of growing cannabis outdoors, Canopy Growth is giving it a shot anyway. Canopy recently received a licence from Health Canada for outdoor cultivation and it has already started planting cannabis at the 160 acre area in northern Saskatchewan. “We’re not sure this is going to be a long-term business for us but we need to try everything,” Canopy CEO Bruce Linton told BNN Bloomberg. Linton said if Canopy does move forward with a large-scale outdoor operation, he expects any cannabis grown outdoors will be earmarked for extraction purposes.  “Anything grown outdoors will not be of bud quality,” he said.

Ontario cannabis customers sure do like to complain a lot

If there’s one thing cannabis users like to do – aside from consuming cannabis – it’s complaining to the government about obtaining their product. Case in point: More than 2,400 Ontario residents complained to the provincial ombudsman over the past fiscal year about the government’s online marijuana store amid delays, delivery problems and other issues. Despite being made legal in October, the Ontario Cannabis Store was the single most complained about government organization over that span, according to the ombudsman – which had to establish a dedicated team to handle the volume of OCS-related complaints.

B.C.-based cannabis producer Tilray announced it has imported its cannabis oil into the U.K. from Canada, a move aimed at helping British patients in need of a locally-sourced medical marijuana product. Tilray has six medical cannabis products approved for use in the U.K. which they hope to import by the end of the year, the company said in a statement. The import announcement comes after some controversy over the confiscation of one of the Canadian company’s products led to an easing of restrictions of obtaining medical marijuana in the country.

As the rest of the world looks to catch up to Canada`s first-mover advantage in legalizing recreational cannabis, the Canadian Chamber of Commerce is establishing a new group aimed at developing and advocating for public policies that will improve the competitiveness of the nascent marijuana sector. The group – dubbed the National Cannabis Working Group – will also help other governments achieve their health and safety objectives. Some of members in the group include a who’s-who of leading Canadian cannabis companies including Organigram, Hexo and Aphria as well as others that have an interest in the sector such as Deloitte and Dentons Canada.

21
— The number of cannabis stores opened by retailer Fire & Flower across Canada, the company said in a release on Tuesday.