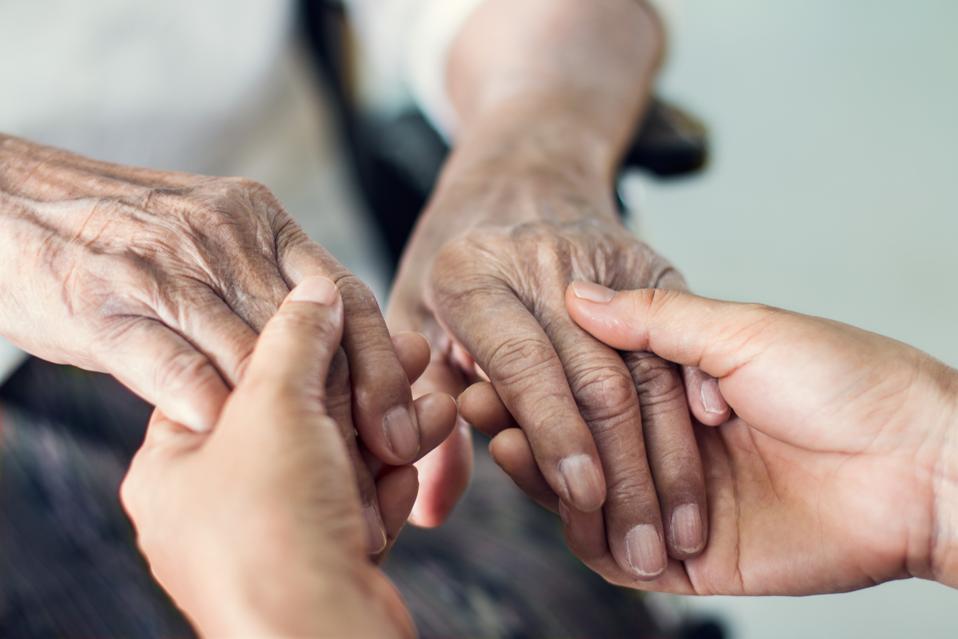 In hospices across North America, medical cannabis is increasingly replacing mind-muddling medications to enable patients to experience their final days relaxed and without pain, able to interact with loved ones consciously and coherently.

The utility of cannabis in elder-care and palliative settings is supported in an important new study recently published in the Journal of Palliative Care. A total of 310 palliative care professionals, including nurses, administrators and physicians from 40 different states responded to a survey on practice, experience and opinions regarding medical cannabis (MC), as part of the largest national survey on this topic to date.

Of all responders, an overwhelming 91% indicated that they support using MC for hospice patients. “And those who practice in states where MC is not yet legal wish that it was.”Yet there is a significant disparity between ideological support for MC and actual practice. The study found that it is “unusual for clinicians to initiate discussion of using MC with patients, families, or physicians involved in the case…” And of the 36 physicians who responded to the survey, half did not certify patients for MC and only one reported certifying more than six patients a month.

Almost three quarters of the respondents reported having cared for a patient who was using MC. The conditions they reported cannabis as being most successful in managing were nausea/vomiting, pain and anxiety. Confusion (8%), drowsiness (8%), somnolence (5%) and dry mouth (5%) were the adverse effects reported.

Patients less risk-averse than caregiversThe study seems to indicate that demand for MC is coming from the patients and their families and not from the healthcare providers. Indeed, “most respondents indicated that hospice physicians discuss MC with patients only if specifically asked.” And they are, in fact, asking.

“It is common for patients or family members to inquire about MC, with 90% responding that they have fielded questions from patients and slightly over half receive inquiries about its use one to two times per month” (emphasis mine). Some responders reported that family members had specifically told them that nothing else was effective for treating the patient’s symptoms.

The study also found that, even in states where it is illegal, patients are using MC – an indication that, from the patient’s point of view, the perceived benefits outweigh the legal risks.

In spite of their overall support for MC, the survey responders cited concerns regarding the disparities between state and federal law, as well as a general confusion and discomfort over their inadequate knowledge and training on MC, its use, clinical efficacy and safety, particularly as it relates to the actual products their patients are using.

On the other hand, responders expressed concerns that as healthcare providers, they were prevented from being able to provide a medicine they believe could help their patients, and that some of those patients would not be able to access it because of the costly out-of-pocket expense.

While MC is gaining popularity in hospice facilities, the institutions themselves are poorly prepared for its use. Most do not have any official MC policy, and the absence of standardized protocols for MC use is a concern among the majority of healthcare providers. Because of federal restrictions, in most hospice settings the care-giving staff maintain a hands-off policy, leaving someone close to the patient to procure and administer the medicine.

In a phone conversation, I asked the principal investigator, Dr. Ryan Constantino of University of Maryland’s School of Pharmacy, to share some of his insights from this study.

Abbie Rosner: Why do you think cannabis is so well-suited to palliative care?

Ryan Constantino: Perhaps palliative care is the most tolerant atmosphere, because of its patient-centered framework, focused on the comfort of the patient. If there is any population that we should consider this for, I think the hospice patient is one that has the strongest compelling reason. And that’s what our results and the hospice staff are telling us.

Nobody in the medical community, I think, is thinking it is completely unreasonable for hospice patients. I think there are some concerns just from the public trust that our positions put us in, in terms of the safety considerations and what we need to watch for – because that is our job to understand the implications. Even though we don’t currently get education on MC through the traditional medical, nursing, and pharmacy educational routes, we need to be aware of it because our patients are using it.

AR: To what degree is MC still kept in the closet for hospice use?

RC: …Whether or not you think your patients are using it, they likely are, at least in hospice. So when we ask physicians “have you cared for patients who are using it, and they answer “no”, among those “nos” there are probably patients who do and they just don’t tell their doctors.

(The federal illegality) puts us in a difficult situation – its kind of a “don’t ask don’t tell” policy. No hospices are paying for MC, which is unfortunate because if it has a benefit, hospices should cover things that are medically necessary. Patients are having to pay out of pocket for it, and we can’t take any stand on this without risking losing funding for providing these services to these patients.

…Ultimately, we can say to a patient that there are risks, and we don’t know what the harms are, and they will say, ‘Look, I’m dying. I will do whatever it takes.’ And we have done our duty to inform them, and then can give them access… We’re all going to die at some point and we are starting to grapple with that more as a society.