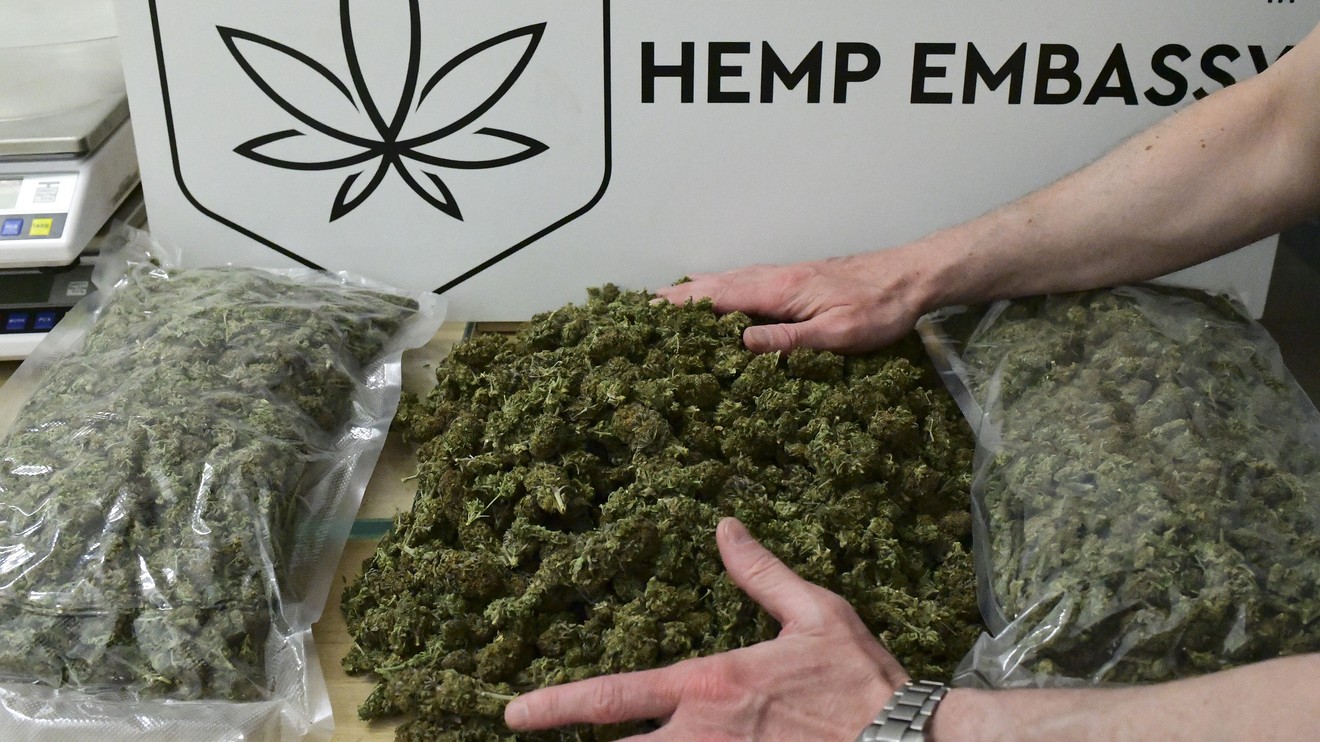 Cannabis stocks were mostly lower on Tuesday, as the broader markets faltered and investors awaited the next key catalysts for the sector.

The Dow Jones Industrial Average and the S&P 500 were treading water ahead of remarks by Federal Reserve Chairman Jerome Powell later in the day. Stock market investors are also looking ahead to this weekend’s expected meeting between President Donald Trump and Chinese leader Xi Jinping amid growing hopes for cease-fire in the U.S.-China trade war.

In cannabis-related news, the number of banks and credit unions doing business in the cannabis sector has increased sharply in 2019 from 2018, according to advocacy site Marijuana Moment. The site said there were 493 banks and 140 credit unions active in the sector at the end of March, up from 438 banks and 113 credit unions in the same time a year ago.

The data comes from the Treasury Department’s Financial Crimes Enforcement Network, which is tasked with tracking financial services for the cannabis industry by analyzing suspicious activity reports, regular filings made by financial institutions that work in the sector.

For more on this topic, read: Push for legislation allowing banks to serve the cannabis business is gaining momentum

The spike in activity comes amid a broad push for legislation that would protect banks and credit unions from federal enforcement action that could be brought because cannabis is still illegal at the federal level. Two bipartisan bills are currently being promoted; the Secure and Fair Enforcement (SAFE) Banking Act, and the broader Strengthening the Tenth Amendment Through Entrusting States (STATES) Act.

Last week, lawmakers approved a spending bill that included a rider preventing the Justice Department from using federal funds to interfere with the cannabis business in states that have legalized. That bill has yet to be approved by the Senate, but was an important move forward for the industry, according to Korey Bauer, portfolio manager of the Cannabis Growth mutual fund CANNX, -1.22% recently launched by Foothill Capital Management.

If the bill were approved and were interpreted as offering real protection for the sector, it would likely spark a wave of investment and M&A activity from Canadian and U.S. companies, he said. For the biggest company in the sector, Canopy Growth Corp., it might provide the trigger for it to acquire Acreage Holdings Inc., the multistate operator that Canopy has an option to buy once U.S. laws are eased, he said.

Hexo Corp. shares HEXO, -3.92% fell 1.7%, after Oppenheimer downgraded the stock of the Quebec-based company to perform from outperform and said it sees greater gross margin pressure than expected when it first initiated coverage of the stock in February.

“With our updated forecasts and incorporating Newstrike, we now view shares as more fairly valued,” analyst Rupesh Parikh wrote in a note to clients.

Hexo acquired Newstrike Brands in March in an all-stock deal valued at about C$263 million ($197 million). The analyst noted the stock’s 63% year-to-date gain, which compares with an 18% rise in the S&P 500 and is well ahead of some of the company’s peers.

“Although we are stepping to the sidelines, we still see many positives to the HEXO story longer term and believe the name should remain on the radar for investors,” said Pariksh.

Shares of Flowr Corp. FLWR, -17.75%  tumbled 19%, after the company announced plans for a $125 million equity offering to help fund its acquisition of the 80% of Holigen that it does not already own.

“This should help ease any near term cash concerns around funding growth elsewhere in the business, although it does result in additional dilution of around 10%, on top of the 25% from the deal,” Jefferies analyst Ryan Tomkins wrote in a note. “While losses at Holigen are also likely to weigh near term, we stress that any dilution from this deal and the equity raise can be easily offset by additional long term value creation.”

Read: This company wants to be the Bacardi of cannabis — and it has plans for an IPO

Jefferies rates the stock at hold with a stock price target of C$7.30, that is about 13% above its currently level.

Pyxus International Inc. shares PYX, +26.28%  soared more than 30%, after Imperial Capital initiated coverage of the stock with an outperform rating and $71 price target, that is almost five times its current trading level. Pyxus is a North Carolina-based provider of leaf tobacco to cigarette manufacturers, that has recently expanded into cannabis in Canada, according to Imperial analyst Mary Ross Gilbert.

The company’s customers include tobacco giants Philip Morris International PM, +0.72% China Tobacco International Inc. and Imperial Brands Plc. IMB, +0.67%  It has made several acquisitions in Canada and is evaluating combining its high-growth businesses into a separate unit that might be floated.

“We think this process is already under way and could result in an initial public offering of stock in Canada and/or involve a sizeable investment from a large strategic company similar to Constellation Brands STZ, +1.24%  $4.2 billion investment in Canopy Growth Corp. (38% state after exercising options), the largest Canadian cannabis company, and Altria’s MO, -0.25% $1.8 billion investment in Cronos Group (45% initial equity stake), the third largest Canadian cannabis company,” Gilbert wrote.

Organigram Holdings Inc. shares OGI, -2.54% fell 2.2%. That company is actively seeking a global beverage partner as it gears up for the legalization of edibles and extracts in Canada later this year, according to news site Marijuana Business Daily.