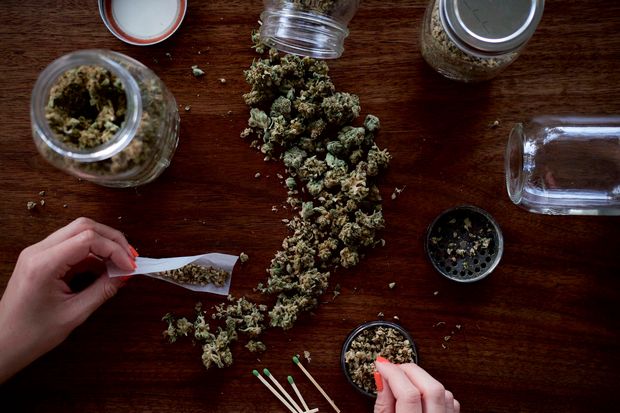 Canopy Growth stock took an 11% tumble after the Canadian company said last week that it sold less marijuana in its March quarter than in the December period—and at narrower profit margins.

Canada’s legalization last October was supposed to light the fuse of a once-in-a-lifetime growth industry, with Canopy Growth (ticker: CGC) and its $15 billion market-capitalization at the fore.

Constellation Brands (STZ)—the Corona maker that owns a 38% stake in Canopy— ﻿ had predicted Canopy sales could hit a C$1 billion annual run rate by March 2020, fueled by recreational sales in Canada and medical sales abroad. But net sales of marijuana decelerated in Canopy’s March 2019 period, to about C$70 million, including international sales of less than C$2 million, Canopy said late Thursday. Another C$24 million in revenue came from products other than marijuana. On a 16% gross margin, Canopy’s operating loss widened to $98 million, and that’s using the company’s chosen measure, which excludes interest, taxes, depreciation, amortization, acquisitions, and $93 million worth of stock-based compensation.

None of these numbers were what Wall Street expected. Canopy Growth stock started falling Friday and fell 11% to a low of about $38 per share Monday morning, before rebounding to close the day slightly up at $40.57 per share.

In an interview with Barron’s on Monday, Canopy Growth CEO Bruce Linton said his company’s performance in March resulted from its investment in production capacity and intellectual property. Gross margins would have been much higher without the overhead of new properties that hadn’t yet yielded their first crop.

Since the start of 2018, Canopy has expanded its production space from 600,000 square feet to 4.8 million. “We’ve taken five quarters to create an eight-times bigger platform,” Linton said. “That decreases margins in the short term, but means we have a massive number later.”

Canopy is just about done with its capital spending, Linton said. “Now we’re using,” he said, “and as you use, your margins go up.” On Friday’s conference call, Linton said Canopy’s gross margin could rise above 40% within a year.

Read our recent feature: The Next Threat to Big Marijuana Companies Comes From Way South of the Border

One of Canopy’s key investments has been a bottling plant for the cannabis-infused beverages it plans to sell when Canada allows such products at the end of this year. No other Canadian producer will have products like Canopy’s Tweed-brand drinks, Linton said.

“You’ll come to Canada and say ‘I want to buy a Tweed and tonic,’” he added.

Meanwhile, sales of recreational pot have been bottlenecked by a scarcity of retail outlets, especially in the populous province of Ontario, where the stores will be government operated. Alberta has almost 150 places to buy cannabis, already. Ontario only has 25.

Asked about the $93 million worth of stock-based compensation Canopy shelled out, Linton said Canopy distributes shares broadly among its employees, and the stock’s gains have resulted in the large (if noncash) expense on the company’s income statement.

Write to Bill Alpert at william.alpert@barrons.com