The symbols found on the packaging of legal recreational cannabis for sale in Saskatchewan are hard to miss: A red octagon with the letters THC and a stylized cannabis leaf; a white and yellow warning label advising users to keep the product out of the reach of children.

But these symbols can also be found on illegal cannabis disguised to look like the legitimate product.

Now, at least one member of Saskatoon’s legal cannabis community is advising customers to use caution when ordering cannabis online, because while the product and website might look legitimate, they could be making an illegal purchase. 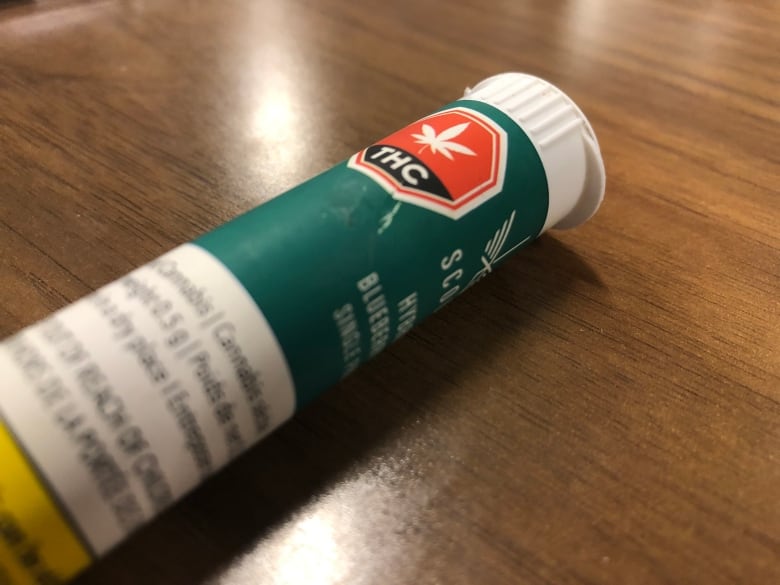 This packaging resembles that of legal cannabis, but it’s a black market product. (CBC News/Morgan Modjeski)

Chase Ruttig is an assistant manager with Prairie Records in Saskatoon.

The fake label was brought to his attention after a customer brought the package into the store. He said while the package is a good imitation, it lacks critical pieces of information, like a lot number and a line detailing the potency of THC or CBD in the product.

Ruttig said there’s „a lot of confusion” about which websites are legal and the fake labelling only adds to the uncertainty.

„You can order cannabis from black market means,” he said. „When those labels are confusing and have Health Canada labelling on it, it makes it even harder for customers to differentiate what’s a legal, regulated Health Canada-tested product, and what is something from the grey market or the black market that could get them in trouble.” 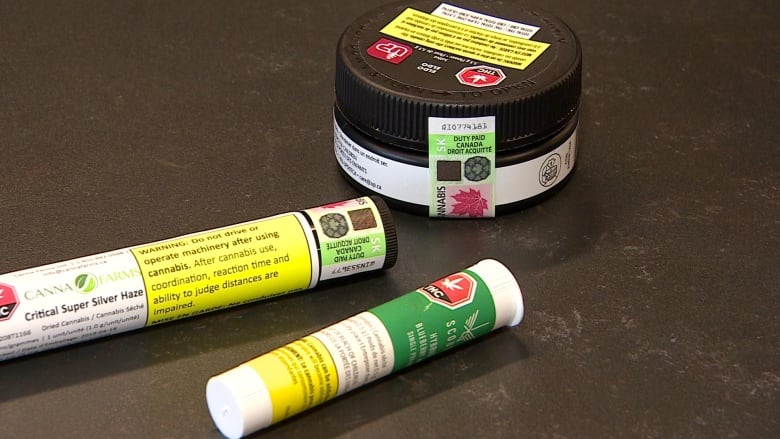 An illegitimate weed package, green in colour, next to legal weed products regulated by the provincial government at Prairie Records in Saskatoon. (CBC News/Don Somers)

Ruttig said with the fake labelling, a customer could think they’re in possession of legal cannabis, when in fact they could be smoking black market product, which carries with it legal ramifications and issues around quality assurance.

The Saskatchewan Liquor and Gaming Authority (SLGA), which is responsible for the distribution of cannabis in Saskatchewan has been informed about the fake labels.

„SLGA is aware of the illegal cannabis with packaging designed to look like official Health Canada approved product,” David Morris, an SLGA spokesperson, said in a statement. „Whenever SLGA becomes aware of information like this, we share it with Health Canada and the police.”

Both the SLGA and Health Canada remind consumers legal cannabis can only be purchased through provincial or territorially authorized distributors under the Cannabis Act.

„Such cannabis products would be produced under a federal licence, and sold to consumers by a provincially or territorially authorized retailer, or by a federally licensed seller of cannabis for medical purposes,” said a statement from Health Canada.

Ruttig said people looking for information on legal cannabis can stop by Prairie Records, or any other cannabis store in the city.

„There are a lot of things that somebody who isn’t as initiated in cannabis may be confused about,” he said. „We just want to clear those things up so people are making a conscious decision when they purchase their cannabis and know what’s above board and what might be risky for them.”