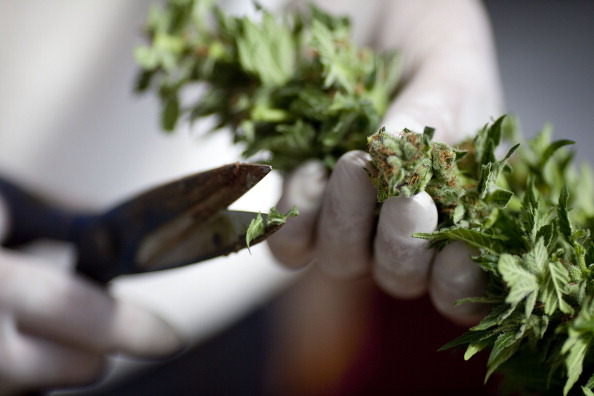 The great and the good of the global cannabis industry (which, for those behind the curve on such things, is no longer a contradiction in terms), are assembling in London for a dazzling set of events under the banner of European Cannabis Week.

Even those who follow the headlines about the industry’s rapidly escalating size and changing regulatory landscape may be surprised both by the sheer scale of the exercise and by the profiles of those attending, many of whom have high-powered, successful backgrounds in more conventional sectors.

This, lest there still be any doubt from anyone, is proper, serious business.

The question of how this brave new world fits with the UK’s institutional attitude towards cannabis – which, of course, remains a controlled drug here, with no clear signs of that changing anytime soon – is one of those for discussion at the week’s centrepiece, the two-day Cannabis Europa conference.

The answer divides into domestic and international issues.

Taking the domestic first, those who grow, sell or do research on cannabis in the UK itself need to register and obtain licences from a specialist Home Office unit, which is dealing at present with a very large number of applications and enquiries.

Businesses that expect an easy ride from the unit can become frustrated with its processes and mindset, which are – understandably, perhaps – particularly focused on the security aspects of what the law still considers a dangerous drug.

Confident assurances that products with a THC content below 0.2 per cent are lawful, even without a licence, are as ubiquitous as the products themselves. But the official guidance is more nuanced: in short, while the threshold is useful for licences to grow hemp, the only lawful amount of THC in the UK is zero.

The international issue, meanwhile, concerns businesses planning to invest in cannabis overseas and then bring the proceeds here. Such businesses should have UK money laundering laws in mind.

Under the Proceeds of Crime Act 2002, it is an offence to do virtually anything with the proceeds of “criminal conduct”, which is defined to include conduct that is lawful overseas but that would be unlawful if it occurred here.

That does not necessarily mean that a UK investor in a Canadian cannabis company, for instance, would be breaking the law. But there are judgement calls to be made about whether, when, and how the investment should be reported to the National Crime Agency, with the aim of obtaining consent. Importantly, these are not made in isolation but alongside similar judgement calls by banks and others in the regulated sector, which have their own responsibilities to consider.

In the background of both sets of issues is the divide between medicinal and recreational use. Various jurisdictions are still considering where to draw their lines, and the growing “wellness” market blurs the divide still further. The UK, it seems, has some considerable way to go before even strictly medicinal products are available to all who need them, notwithstanding the recent change in our laws after some high-profile and emotive cases.

In time, perhaps, the UK may follow the example of Canada and others, and adopt a more relaxed approach to cannabis.

But for now, businesses that want to operate here must temper their enthusiasm by taking a proper look at their plans through a law enforcement lens, and ensuring that they stay on the right side of the law as it is today.