While many of the trends in cannabis have held steady for the first part of 2019, a new one that’s emerging is more merger and acquisition activity centering around the United States rather than Canada.

In a webcast for Marijuana Business Daily’s Investor Intelligence this week, Scott Greiper, president of Viridian Capital Advisors, notes that the first quarter of this year was the first time the United States topped Canada as the most active target region for marijuana M&A.

This past week continued along that path, with five of the nine tracked M&A deals targeting U.S.-based companies.

This weekly series from MJBizDaily and Viridian Capital Advisors provides the latest data on cannabis investment activity and M&A, along with key takeaways, analysis and trends based on recent market moves.

The data below, provided by Viridian, is through the week ended June 21.

For more analysis and in-depth looks at the investment trends and deals driving the cannabis industry forward, sign up for our new premium subscription service, Investor Intelligence. 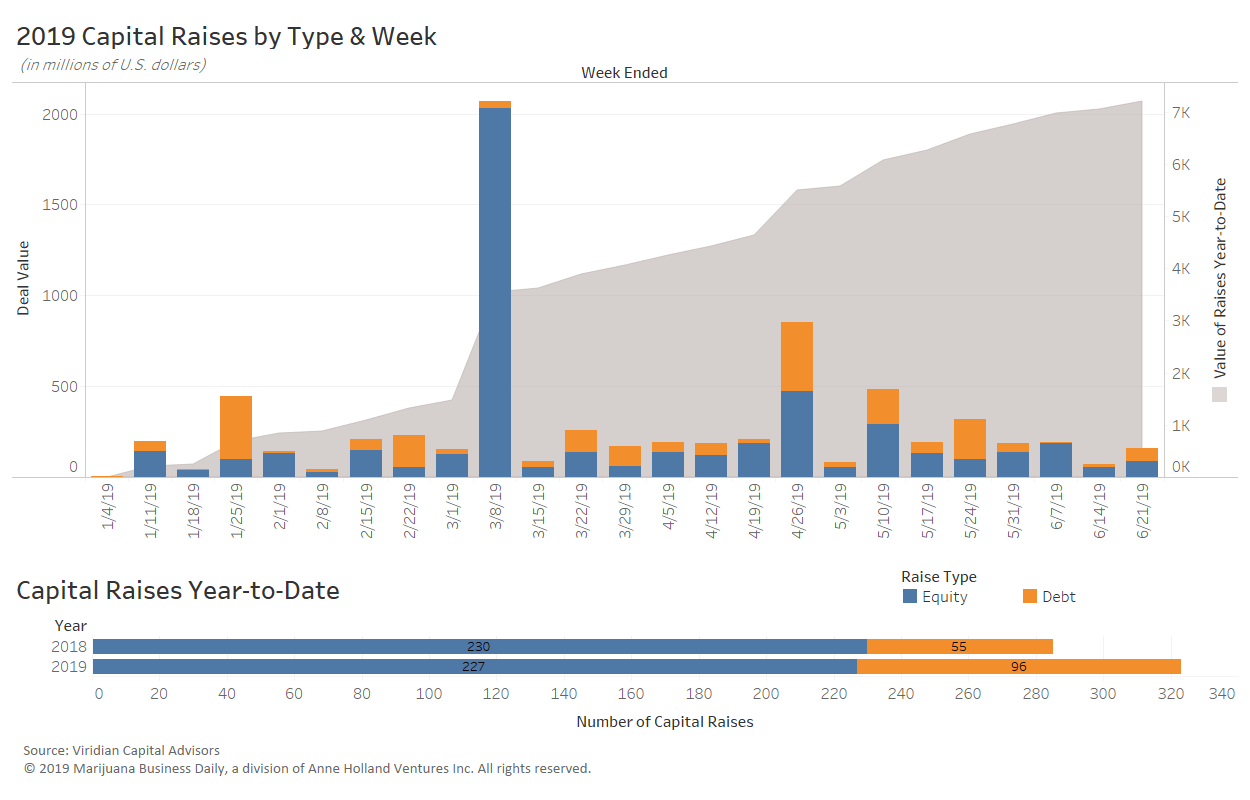 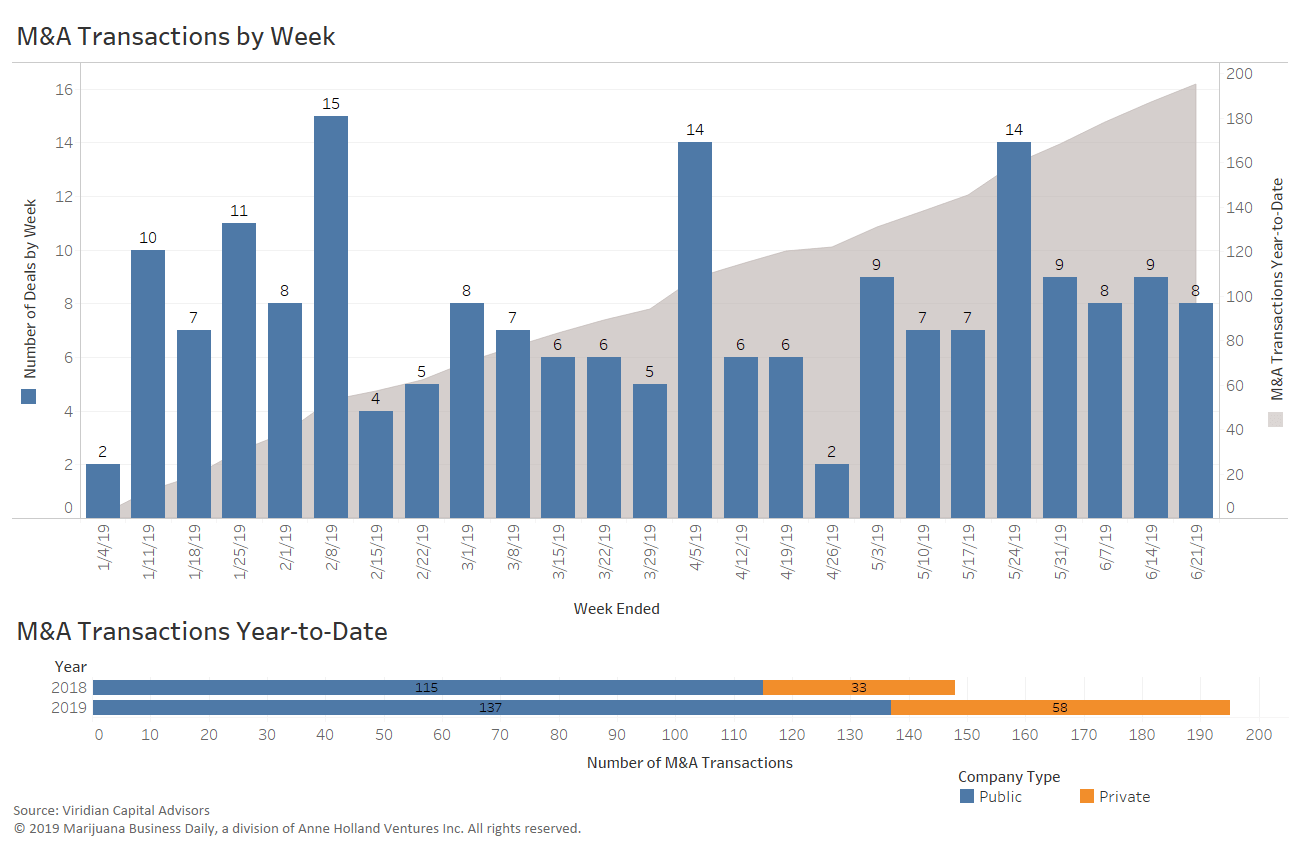