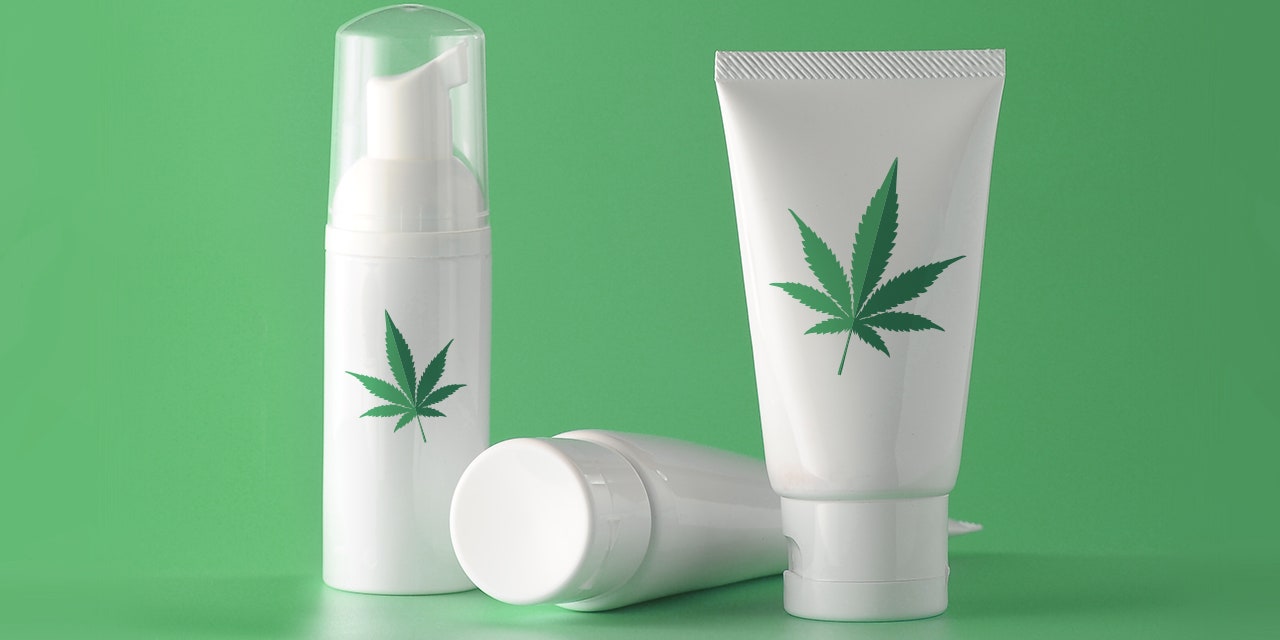 You can do just about anything with CBD these days—including slathering it on your face: Cannabidiol (CBD) is apparently taking over the skin-care world. The compound, found in marijuana (cannabis) and hemp (also a type of cannabis, for the record), is purported to have anti-inflammatory properties that could be helpful for skin, so it’s no wonder that it appears to be essentially everywhere.

But even as a self-professed fan of CBD, I admit I’m getting a little exhausted. CBD beauty and skin-care products are available in Ulta, Sephora, and seemingly every corner of the internet. Brands like Herbivore, Kiehl’s, Peter Thomas Roth, Milk, Josie Maran, Saint Jane, and now even NYX all have CBD products.

So is there any reason to think CBD is doing anything helpful in skin-care and beauty products? We talked to experts to find out.

Wait, remind me what CBD is again?

CBD is one of many cannabinoids present in cannabis, SELF explained previously. The other major cannabinoid you may have heard of is tetrahydrocannabinol (THC). But, unlike THC, CBD does not produce a “high” when consumed.

Both CBD and THC bind to cannabinoid receptors in your body, which then set off a series of reactions in the brain and spinal cord that ultimately produce their effects. When THC is involved, those effects might include euphoria, pain relief, and an increase in appetite.

When THC isn’t involved—when we’re just talking about CBD—much less is known about the potential effects.

What does the research tell us?

The major purported benefits of CBD in skin care seem to be related to an anti-inflammatory effect. But, like many of the studies looking at CBD for anxiety or pain management, the research is mainly limited to lab and animal studies, Mary L. Stevenson, M.D., assistant professor of dermatology at NYU Langone Medical Center, tells SELF.

In one commonly-cited study, published in the Journal of Dermatological Science in 2007, researchers isolated THC, CBD, and other cannabinoids from cannabis. They found that, when applied to human skin cells, all the cannabinoids they tested inhibited the over-production of keratinocytes (skin cells) that’s commonly seen in psoriasis.

But it’s a little more complicated than that: The researchers here also tested lab-made compounds that selectively inhibit the activation of CB1 or CB2 receptors, which are the receptors we usually think of when it comes to cannabinoids, and found that they didn’t have a huge effect. That suggests that if any cannabinoids—including CBD—have a helpful role to play in managing psoriasis, it’s not mediated through those receptors. Basically, we’re still only beginning to understand what might be happening here.

There are a few studies in rats that suggest transdermal CBD—meaning the drug goes through the skin and into the bloodstream—may be useful in reducing arthritis-related pain and inflammation. But, unless you’re a rat, that’s not going to mean much. And it certainly doesn’t tell us much about skin care.

The “most robust” evidence we have for topical CBD is in the realm of pain control, Jeremy Davis, M.D., dermatologist at Ronald Reagan UCLA Medical Center, tells SELF. “But it’s being tried for just about everything else,” he says. And, as SELF explained previously, the evidence for CBD and pain relief isn’t all that convincing to begin with.

That said, there are some ideas about how CBD might contribute to an anti-inflammatory effect on the skin, Jordan Tishler, M.D., medical cannabis expert at InhaleMD in Boston, tells SELF, which could theoretically be helpful in managing conditions like eczema, psoriasis, and rosacea.

For instance, in addition to its effects on CB1 and CB2 receptors, there is some evidence that CBD also has an effect on TRPV-1 and GPR55 receptors, he says. Both of these are found in skin and play a role in inflammation and pain signaling. But whether or not CBD can actually cause meaningful changes in inflammation there (especially in the relatively small concentrations found in an over-the-counter skin-care serum) remains to be seen, Dr. Tishler explains.

So, should I try CBD skin-care products?

All three of the experts we spoke to for this story told us that, while there probably isn’t much harm in continuing to use a CBD product you like, there are almost certainly more effective things out there. If you do happen to see benefits from a product containing CBD oil, for instance, it may be the simple act of moisturizing your face with an oil that’s providing some benefit, Dr. Davis says. And you might see even more with a more traditional moisturizer.

That means that, if you’re wondering if CBD is right for you, it’s important to make sure you’re not overlooking some of the more straightforward (sadly, not as trendy) products out there first.

Ultimately, there just isn’t enough conclusive research out there for most dermatologists to recommend CBD products. But, Dr. Davis points out, the same is true for many star ingredients in over-the-counter products. “[Most] skin-care products are not FDA-regulated,” he says. “There’s a lot of things people throw into skin care products because they sound good or because there was one paper that showed some efficacy 10 years ago, and people jumped on the bandwagon.”

So, unfortunately, this lack of research is kind of par-for-the-course when it comes to skin-care ingredients. And if you’re using something with CBD in it that isn’t causing any issues and you love it, that’s great!

Luckily, CBD does seem to be relatively safe, Dr. Stevenson says. And if you do have a bad reaction to a CBD product, it’s unlikely that it was the CBD that caused it, she explains. Instead, it may have been a botanical ingredient, fragrance, dye, or preservative added to the product, for instance. So, if you want to give a try, it would still be smart to do so carefully—especially if you have sensitive skin.

Rolling in the green: CT predicts $55 million in cannabis sales by 2026 – Westfair Online