Robin Wasicuna recently completed a two-level course on the subject and said he wanted to learn more as the sale of edible cannabis products will be legal in Canada in mid-December.

„It’s a lot knowledge crammed into two days, you learn quite a bit of stuff,” he said.

„I can look at any bud of a cannabis flower now and just by looking at it, touching it and smelling it, I can tell you whether that plant was grown at a high elevation or a low elevation, whether it comes from the southern hemisphere or the northern hemisphere and what the genealogy of that plant is.”

Wasicuna said he’s hoping to work on a line of edible cannabis products, but not to expect the gummy candies and chocolate bars many cannabis consumers may be familiar with.

„I want to do like four to five course gourmet meals as well,” he said. „My background and my direction is not a candy maker but a chef so that’s where I’d like to see it go.”

The chef said his aim isn’t to overwhelm people with the intoxicating effects of cannabis but to educate people about its flavours. Over the multi-course meal, he said consumers will ingest between 20 to 25 milligrams of THC. 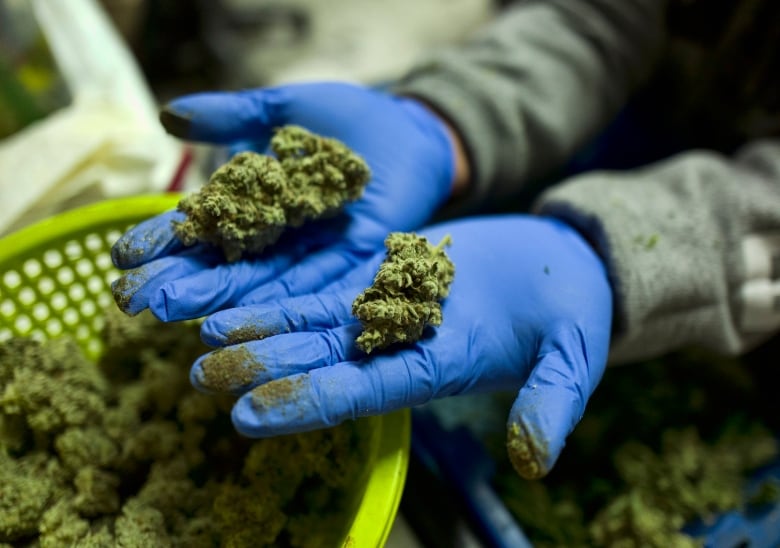 „It’ll be like having you know that extra glass of wine at the end of the meal, you’re going to get a little tipsy but the doses would be controlled to the point where you’re just taking little micro-doses with each course.”

„The Haze variety is a perfect example, generally has a very citrusy smell and a lot of like fresh cut grass,” he said. „Whereas an Afghanica strain would be kind of grassy but like dry grass and not so citrusy. There’s a little bit more of a funky note in there like a deeper, earthy, wooden kind of smell to it.”

During his final exam for the level two course, Wasicuna said he had to identify four different varieties of cannabis and three types within each variety. He described one type in the Himalayan group as smelling like parmesan cheese and beer.

„As soon as you pick it up and smell it you’re like 'what the heck is this?’ No idea. I’ve never smelled anything like that in my life as far as marijuana goes,” he said, noting another type in the same group smelled like earth, wood and gasoline.

We’re a responsible community, not just a bunch of potheads.– Robin Wasiscuna, chef

Cannabis is often infused into dishes, Wabiscuna said, but flowers can also be grated over a dish as an herb garnish. In that case, consumers would get the flavour without the intoxicating effect of cannabis as the THC is not activated.

Wabiscuna said he believes in the future there will be restaurants and lounges that feature cannabis products and meals.

„I think this is the way we’re going and that was part of it, was to just kind of get ahead of that curve and have that knowledge and start educating others as well,” he said of taking the course. „Showing people and the general public that we’re a responsible community, not just a bunch of potheads.”