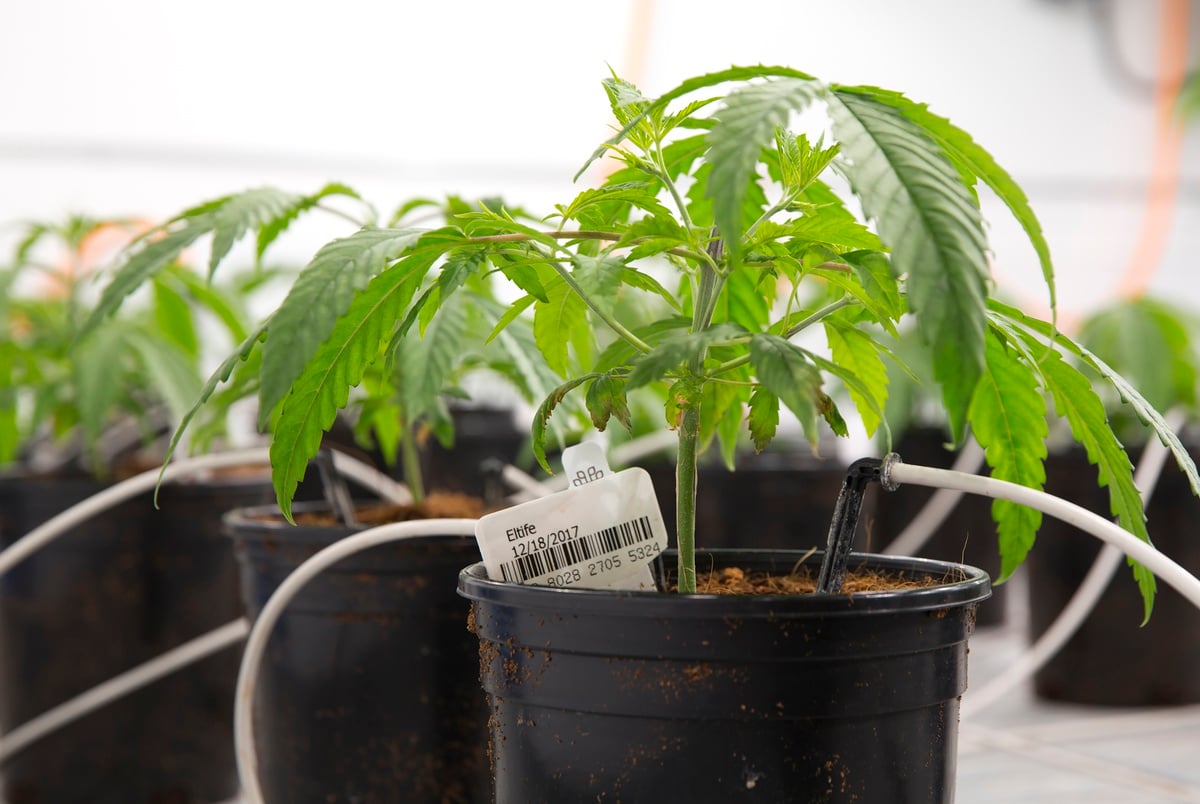 Because of a new state law, prosecutors across Texas have dropped hundreds of low-level marijuana charges and have indicated they won’t pursue new ones without further testing.

But the law didn’t decriminalize small amounts of marijuana for personal consumption. It legalized hemp and hemp-derived products, like CBD oil.

An unintended side effect of the law is that it has made it difficult for law enforcement to tell if a substance is marijuana or hemp, according to prosecutors. Among other provisions, House Bill 1325 changed the definition of marijuana from certain parts of the cannabis plant to those parts that contain a higher level of tetrahydrocannabinol, the psychoactive ingredient in marijuana that produces a high. It’s a difference numerous district attorneys, the state’s prosecutor’s association and crime labs say they don’t have the resources to detect, weakening marijuana cases where defendants could claim the substance is instead hemp.

“The distinction between marijuana and hemp requires proof of the THC concentration of a specific product or contraband, and for now, that evidence can come only from a laboratory capable of determining that type of potency — a category which apparently excludes most, if not all, of the crime labs in Texas right now,” stated an advisory released by the Texas District and County Attorneys Association last month.

Some involved in the hemp legislation have countered that there is already available equipment to test suspected drugs, even if it isn’t in most crime labs.

Still, top prosecutors from across the state and political spectrum — from Harris to Tarrant counties — have dismissed hundreds of pending misdemeanor marijuana charges since the law was signed by Republican Gov. Greg Abbott and immediately went into effect on June 10. They have also signaled they won’t pursue any new charges without testing a substance to indicate if there is more than 0.3% of THC, the now-legal limit to distinguish between hemp and marijuana.

“In order to follow the Law as now enacted by the Texas Legislature and the Office of the Governor, the jurisdictions … will not accept criminal charges for Misdemeanor Possession of Marijuana (4 oz. and under) without a lab test result proving that the evidence seized has a THC concentration over .3%,” wrote the district attorneys from Harris, Fort Bend, Bexar and Nueces counties in a new joint policy released Wednesday morning.

Tarrant County’s District Attorney’s Office previously issued a similar statement, and since last month has dismissed 234 low-level marijuana cases. Harris is in the process of dismissing 26, according to a spokesperson. The counties have said they will still pursue felony marijuana cases, and they say they have the option to refile and later pursue charges in marijuana arrests if testing resources become available.

For now, it’s unclear when that could be, and until a process is put in place, prosecutors will “have all these marijuana cases where someone can argue it’s hemp,” said Lisa Pittman, a cannabis law attorney.

“They have to just table those cases,” she said.

A crime lab scientist said even if he gets new forensic testing equipment right away, there is still a monthslong accreditation process to be able to use tested drug evidence in court.

Peter Stout, the CEO and president of the crime lab used by the Houston Police Department, said until the law went into effect June 10, all that was required to identify something as marijuana was a quick test to check for the presence of cannabinoids in things like a plant, a gummy or vape pen oil. Determining how much, if any, THC is present, is much more complicated, he said, and he is unable to do it now.

“The plant stuff is one thing,” he said. “All these edibles and infused products is a whole different thing, and I don’t know what we do about that.”

Testing can be done, Stout said, but equipment to test forensic quality on those types of products — needed to determine if it is a controlled substance under state criminal definitions — costs between $300,000 and $500,000. He estimated more than 20 labs would need such equipment to cover the state, and each would then need to go through the accreditation process.

“People can comply with the law if given the tools to do it; it’s just going to cost time and money,” said Shannon Edmonds, director of governmental relations for the prosecutor association.

“Although the capacity may not be there yet to receive quick lab results, there are labs ready to receive and test products today,” Perry told the Texas Tribune. “We are having daily conversations with law enforcement, prosecutors and hemp stakeholders to address and solve any concerns that exist as capacity catches up.”

He added that under the 2018 Farm Bill, which legalized hemp that contains no more than 0.3% THC at the federal level, hemp and hemp products would have been crossing state lines anyway — even without legislative action.

“Before the Texas Hemp Bill passed, hemp-derived products could enter our state and be bought and sold with little to no oversight,” Perry said. “In fact, the 2018 Farm Bill prohibits states from restricting the transportation of hemp with less than 0.3% THC. With the passage of the Texas Hemp Bill, we now have proper regulations in place to protect Texas consumers at every turn.”

The state legislation, which called for no funding to purchase crime lab equipment, sailed through the Legislature unanimously, largely because of the federal law. Because of the overwhelming support, when Abbott signed the bill June 10, it went into effect right away — which is part of the problem, according to prosecutors.

“This new law took effect immediately, without the usual grace period during which the procedures and regulations are decided and put in place to support law changes,” the Tarrant County District Attorney’s Office said in a statement.

Stout said he didn’t know about the changing marijuana definition in the bill until after it was too late to testify, since the bill went through agricultural committees, not the ones that handle criminal procedure. Abbott’s office did not respond to a request for comment for this story.

The scramble among several district attorneys comes months after lawmakers rejected a bill by state Rep. Joe Moody, D-El Paso, that would have lessened the criminal penalties for Texans found to possess small amounts of marijuana. But prosecutors have noted that the dropped cases and change in policy aren’t decriminalization.

Tarrant County’s 234 dismissals can be refiled within two years if lab results are able to be produced, according to a spokesperson. And Harris County is continuing its marijuana diversion program, which allows those suspected of possessing small amounts of marijuana to complete a four hour class instead of being arrested. If people decide not to take the class, they can “wait and see if labs will become certified.”

But in the meantime, at least in some parts of the state, it appears some marijuana convictions have been placed in limbo.

“You may have to put your marijuana cases on the same 'waiting for lab results’ shelf as your felony DNA cases and postpone them until the labs can provide the needed evidence for prosecution,” said the prosecutor association advisory.