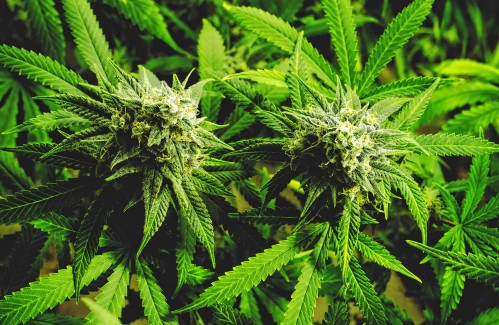 BOSTON — After unanimously agreeing to them last week, cannabis regulators released rewritten rules Tuesday that would govern both sides of the legal marijuana world, proposing regulations to eliminate an annual fee for medical patients and set the stage for home delivery of recreational marijuana and marijuana vaping lounges.

The Cannabis Control Commission set out to revise and republish its slate of regulations after assuming control of the medical marijuana program from the Department of Public Health in December and as regulators approved the first licensed pot stores in Massachusetts. The product of months of policy discussions and hearings, the new draft regulations for the medical marijuana world as well as the adult-use or recreational industry will be open for public input until Aug. 16.

In addition to eliminating the $50 annual registration fee for medical marijuana patients, the draft regulations spell out the proposed rules for two areas that have been topics of much discussion since the early days of legal marijuana and the CCC: authorized social or public use of marijuana and home delivery of nonmedical marijuana.

Before a pilot program for on-site consumption could start, the CCC says lawmakers have to act. In a press release, the agency said the recommended pilot program “would not be able to begin without a change in state law or the passage of legislation that will first allow cities and towns to authorize social consumption in their communities.”

The CCC approved a policy in May allowing for a social consumption pilot program in a limited number of communities.

Mirroring that policy, the draft regulations would permit a social consumption pilot program to operate in up to 12 municipalities. Towns that participated in a CCC-led working group on social consumption — including North Adams, Amherst, Springfield, Provincetown and Somerville — would be among those able to opt into the pilot, the CCC said.

For the first two years they are available, licenses for cannabis cafes — officially referred to as primary-use locations — will be held aside exclusively for microbusinesses, craft marijuana cooperatives, applicants with priority status through the CCC’s economic empowerment system, and participants in the CCC’s social equity program as a way of trying to level the playing field between big companies and smaller operators.

Before the licenses are made available to general applicants, the CCC will collect and report data “measuring certain criteria to determine whether goals of the exclusivity period are met.”

The CCC’s Cannabis Advisory Board had previously recommended allowing social consumption and suggested it could reduce the risk of children getting ahold of the drug and could limit how much legal marijuana is illegally transported out of state by tourists. The advisory board also suggested that the CCC develop state limits on the “serving size” for social consumption, establish a maximum number of servings allowed per “immediate use package” that cities and towns could adjust, and set a maximum daily exposure limit at which point a budtender could decide to stop serving a consumer.

The commission had drafted regulations in 2018 to allow so-called social consumption but put the issue on the back burner after pushback from Gov. Charlie Baker. The governor indicated this year he could support the idea of starting social consumption as a pilot program before rolling it out more widely.

“I think the issue around sort of enforcing the general rules of the game associated with how recreational marijuana is going to work when you get into the social consumption sites and all that comes with it are really hard and really complicated,” Baker said in May. “And I think doing it on a pilot basis would make a lot of sense.”

Baker proposed a change to the state’s marijuana law in 2018 that would have spelled out a local initiative petition process for towns considering on-premise consumption of marijuana, but it was not taken up in the Legislature.

The draft regulations also set the table for delivery-only licenses, a license type that advocates have said would help level the playing field between large corporations and small businesses because the barriers to entry for delivery would be far less burdensome than those for retail licenses.

Delivery companies would be required to obtain their marijuana from other licensed operators in the state and consumers will have to pre-verify their age and identity with the retailer before placing an order for delivery. Deliveries for nonmedical marijuana will only be made to residential addresses in cities or towns that allow marijuana retail sales.

To get to this point, the CCC worked through five specific policy issues at a meeting last Tuesday: ownership and control, home delivery of marijuana, public marijuana consumption at certain licensed establishments, suitability and the removal of product.

Those five issues were all that remained to be ironed out; the bulk of the regulations were prepared by commissioners and CCC staff after holding public hearings and policy debates in recent months.

The CCC plans to hold public hearings on the draft regulations in August and will take public input through Aug. 16.

“Now the public has the opportunity to grapple with some of the complex issues we have considered as we continue working together to build a safer, more equitable, and more effective industry in Massachusetts,” Hoffman said in a statement.

Hoffman has previously said he expects the CCC to vote to finalize the rules “right after Labor Day, maybe mid-September.”