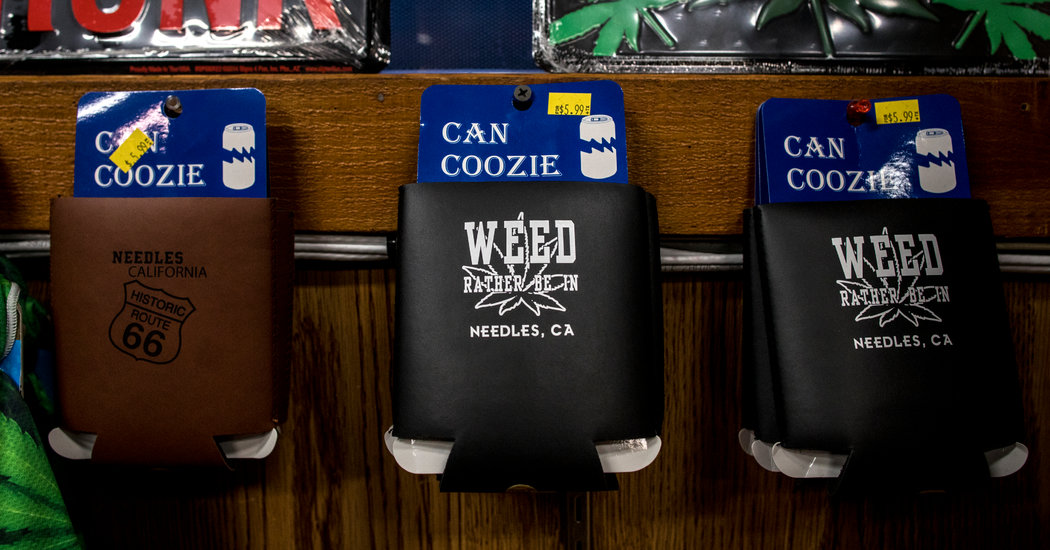 Who knows what to call marijuana these days?

Born of the need for secrecy, slang has long dominated pot culture. But as entrepreneurs seek to capitalize on new laws legalizing recreational and medical marijuana, they too are grappling with what to call it.

Heading to the dispensary to buy a few nugs or dabs? Marketers seeking to exploit the $10 billion market would prefer that you just called it cannabis.

Shirley Halperin, an author of 2007’s “Pot Culture: The A-Z Guide to Stoner Language and Life,” has seen the shift in recent years. Not long ago, she met with an executive to talk about his company’s products. “He physically winced when I said the word ‘pot,’” she recalled. “Businesses don’t want to call it ‘weed.’”

Cannabis, she said, “sounds like it has purpose in the world.”

[Reefer madness or pot paradise? Read about the surprising legacy of the place where legal weed began.]

Like anything, the history of pot, weed or whatever you want to call it is complicated. During the Jazz Age, when singers wrote odes to the plant, it was called dope, reefer and tea. It was a drug of choice for the hippie counterculture 30 years later, often referred to as grass. Willie Nelson sang a song about pot.

“I still call it weed,” said Tommy Chong, half of the Cheech & Chong comedy duo that defined stoner culture in the 1970s and ’80s. “Yeah, I think it’s the easiest. You can tell what age people are by the words they use.”

At Cannes Lions in June, a conference in France for marketers, a panel of experts debated the language and perception of cannabis in today’s culture. “There is a generational divide when it comes to language,” Ms. Halperin said. “What was O.K., say, 10 years ago is out now.”

Words that sounded cool in the ’60s and ’70s (remember wacky tobacky?) are woefully old-fashioned now. That’s especially true given that recreational marijuana is legal in 11 states and the District of Columbia. Medical marijuana has even broader appeal.

A good place to begin to understand the shifting language is with Peter Sokolowski, the editor at large at Merriam-Webster.

“Words we think of today as leftovers from the 1960s are really leftover from the 1930s,” he said. But it is important to look even further back, he added. Terms like cannabis and ganja go back centuries, and have long been used to describe the plant and its medicinal properties.

Indeed, the word “marijuana” was introduced to the English language as recently as 1874 and was derived from Spanish, Mr. Sokolowski said. And it was the Spaniards who brought cannabis to Mexico’s land, which they hoped to cultivate for industrial-use hemp. They had a number of spellings for the word, including “mariguana” and “marihuana.” But unlike the word “cannabis,” it picked up a negative meaning.

In 2013, NPR wrote a thorough explanation of the word in which people said it had racist and anti-immigrant implications. In the piece, NPR cited news articles from the early 20th century suggesting that marijuana — or marihuana — was responsible for inciting violence among Mexicans who smoked it. It was sometimes called “loco weed.” (Loco means “crazy” in Spanish.)

That imagery was part of an anti-cannabis movement and helped to prompt a crackdown on illegal cannabis use, which culminated in the Marihuana Tax Act of 1937. “Suddenly the drug has a whole new identity,” NPR wrote.

Mr. Chong, who has argued in favor of legal cannabis, agreed. “It became evil,” he said.

Long before Snoop Dogg became a de facto ambassador for the cannabis industry, Mr. Chong, now 81, and his comedy partner, Cheech Marin, poked fun at stoner culture in their movies, playing affable smokers on the run from the police. “I was known as the pothead guy,” Mr. Chong said. In 1978’s “Up in Smoke,” they drive a van from Mexico to Los Angeles that is made of resin from cannabis plants. In 1981’s “Nice Dreams,” they sell marijuana out of an ice cream truck.

“People used to stand outside of clubs and sell tiny joints for $1,” Mr. Chong said. “It was just enough to give you a buzz.”

Reefer, though, acquired a particularly sinister connotation with the 1936 release of “Reefer Madness,” a propaganda film meant to warn teenagers of the plant’s ill effects. “Marijuana! The burning weed with its roots in hell!” exclaimed the trailer. The movie caused a wave of fear and public debate.

“They did it to demean, knock people down, to vilify them,” Mr. Chong said.

By the 1970s, hyperlocal terms for marijuana had emerged that would gain widespread use.

Take, for instance, 420. Many people use it to describe the smoking of cannabis. According to Ms. Halperin, the author, the term originated in 1971 in San Rafael, Calif., when a group of high school students used it as code to meet up and smoke. “Now 420 permeates pop culture,” she said.

Around that time, President Richard M. Nixon sought to further criminalize marijuana and called for a war on drugs. In response, marijuana advocates began to market the plant as cannabis or under its scientific name, cannabis sativa, Ms. Halperin said. The goal was to take away the stigma.

But attitudes were changing, and pot culture was becoming mainstream. “We were proud to be stoners,” said Ms. Halperin, who previously worked for High Times magazine. Movies featuring smokers became cult classics or box office hits, including 1982’s “Fast Times at Ridgemont High” and, in the 1990s, “Dazed and Confused” and “The Big Lebowski,” which stars Jeff Bridges as an aging hippie called The Dude. In 2008’s “Pineapple Express,” with Seth Rogen and James Franco, marijuana was central to the plot.

Mr. Chong, who has his own cannabis brand, recalled an interview years ago when he had been asked if he smoked pot. “No, I’m into hemp,” he said he told the interviewer, who looked puzzled. “I said, it is just a name. It’s just a word. When it went from pot to hemp it went from bad to good.”

Still, old stereotypes are hard to shake. Mr. Chong said some dispensaries had declined to sell his products because of his movie persona. “We represent the stoner image of Mexicans,” he said. “They don’t want that anymore. They can’t market that to millennials.”

Younger consumers are also increasingly turning to cannabis concentrates like shatter and wax.

But millennials, according to an informal poll I took of twentysomethings I know, tend to call cannabis “weed.” (Sorry, marketers!) “Welp, I don’t know anyone who calls it pot to be honest,” one respondent said. “Everyone just says, ‘Do you wanna smoke?’”

Ms. Halperin said the names will continue to multiply as new products flood the market. Doobies, muggles and Mary Jane are out. “Dabs, vape, those are new terms,” she said. “I hear ‘pre-roll’ used a lot in conversation.” A pre-roll is exactly what it sounds like: a pre-rolled joint.

One thing is certain, though, she said. “No one wants to say the word stoner anymore.”