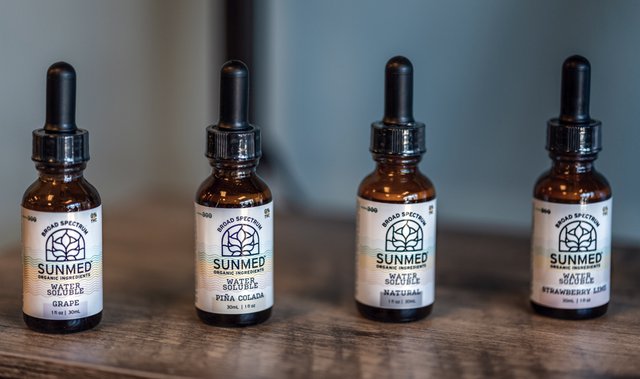 In stores, shops and gas stations all over the country, products containing CBD, a chemical component of the Hemp plant, have begun to pop up on shelves, promising relief from pain, anxiety and other serious medical problems.

And just as the industry for CBD has grown, the use of it has also grown, too, with supporters touting the substance as the next new medical miracle, while others urge caution and further study of the chemical’s long-term effects on the body.

According to the U.S. Food and Drug Administration (FDA), CBD, or cannabidiol, is a legal chemical component of cannabis sativa that causes none of the intoxication or euphoria commonly found with use of THC, or tetrahydrocannabinol, which is derived from other forms of cannabis, like marijuana.

The FDA states that while they believe that there are many unanswered questions about the science, safety and quality of products containing CBD, there are known medical benefits to the substance’s use.

In June of 2018, the FDA approved the first prescription drug to contain a substance derived from cannabis, a CBD oral solution called Epidiolex, used for the treatment of seizures associated with some rare forms of epilepsy.

While studies on the substance progress, industry leaders say that CBD products will likely continue to grow exponentially.

Over the last three months, three companies have registered CBD businesses in Forsyth County, including Your CBD Store, one of the country’s leading retailers in CBD products, which opened a storefront location along Peachtree Parkway in south Forsyth about two weeks ago.

„We’re projected to have 750 [stores in the nation], around there, by the end of the year,” said Ashland Kayne, Director of Training for Your CBD Store. „It’s exploding for sure.”

The customer experience at Your CBD Store is designed to put people at ease, Ashland said. The store’s design is not unlike that of a spa, and gentle music played Tuesday.

„We like to make sure it’s easy and it’s a transparent process for people,” Kayne said. „A lot of people come in super interested in the science, they’ve got 20 minutes of questions, which I love. Other people are kind of like, 'OK, how can this help me? What do I need?”

Kayne said that once people are in the door and engaged, their job is to inform people about the science behind CBD and help them find the right product for what is going on in their life.

„Probably the most common things that we get people in here for are arthritis, sleep issues, anxiety, depression, a lot of children with ADD and ADHD, children and adults with Autism Spectrum Disorder. We also get veterans with PTSD,” she said.

She said that like with regular medications, there are differing dosages of their products and treatments vary from water-soluble solutions dropped under the tongue daily to gummies, hard candies, skin creams and dog treats.

„We like to say that it’s healing without the high,” she said. „We like to think of CBD rather than like the addition of an extra positive feeling … it’s more of a subtraction of a negative feeling. If you aren’t currently having any negative feelings, you honestly probably won’t feel too differently because that’s what CBD’s supposed to do.”

According to the FDA, one of the biggest concerns right now with CBD products is that some are marketed with unproven medical claims, which may mislead customers as to a CBD product’s contents, give them incorrect information on what a proper dosage is or how they could interact with other drugs or foods.

In testing, some products didn’t contain the levels of CBD they claimed or potentially contained contaminants, according to the FDA.

„We pride ourselves on being very, very knowledgeable, because as you’ve seen there’s a lot of information out there,” Kayne said. “It’s hard to know if you are getting a good product, and I would say that almost nobody ever comes in knowing exactly what they need, even if they’ve been taking CBD before.”

All of Your CBD Store’s products are tested by a third-party lab, Kayne said, and the results are published on their website. They also refrain from making outlandish claims about what their products do. They stick to the science, refer customers to studies and leave the rest to doctors, researchers and medical professionals, she said.

„We approach it from a source of, 'studies have shown’ and we can even show you the list of studies,” she said.  „We know it’s new, we know it’s uncertain so we want to remove as much of that uncertainty as possible.”