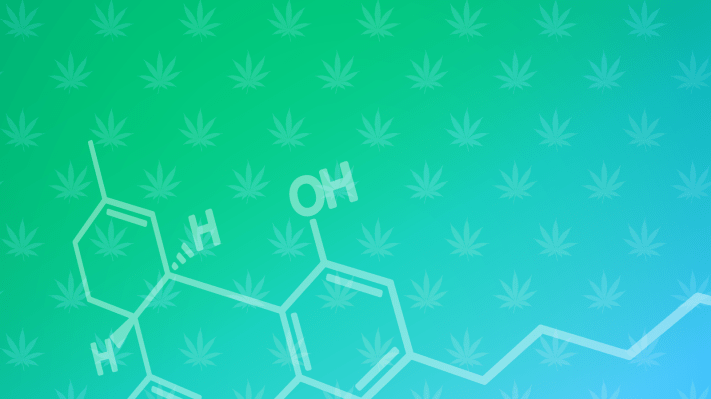 The chief executive officer of Demetrix studied yeast genetics and biochemistry in school and was an early employee at Amyris Biotechnologies, a technology company that was using fermentation to make biofuels back in the early days of the first clean technology boom back in 2008.

Now, the same technology that Ubersax and Jay Keasling, the celebrated professor from the University of California at Berkeley who co-founded Amyris and Demetrix, used to make biofuels is being applied to the production of cannabis.

The company launched with an $11 million seed round led by Horizons Ventures, class=”crunchbase-link” href=”https://crunchbase.com/person/jason-kelly-2″ target=”_blank” data-type=”person” data-entity=”jason-kelly-2″> a Hong Kong-based investment fund backed by the multi-billionaire real estate mogul Li Ka-shing, to begin commercializing the technology that Keasling had been researching in his lab.

The goal was to refine a process that would enable yeasts to make a range of cannabinoids that are found in the marijuana plant which could be used to develop new pharmaceuticals, additives and supplements for use in clinical and consumer applications. The technology works much the same way as brewing beer. Except instead of fermenting to produce alcohol, the fermentation process produces cannabinoids from genetically modified yeast cells.

While the technology holds promise, it’s still got a long way to go before it becomes competitive with extracts from the marijuana plant, but given new capital infusions the tide is turning.

Demetrix, for instance, has raised another $50 million from Horizons Ventures and Tuatara Capital, an investment firm focused on the legal cannabis industry, to significantly expand its production while simultaneously pursuing initial tests on the efficacy of rare strains of cannabinoids as treatments for certain illnesses.

“Natural cannabinoids have been used for a really long time,” says Ubersax. And last June the U.S. Food and Drug Administration approved the first pharmaceutical derived from cannabis, Epidiolex, as a treatment for patients with epilepsy.

Marijuana plants contain around 80 chemical compounds and speculation abounds in the world of biochemists that some of those compounds could conceivably used to develop other kinds of treatments.  The problem, Ubersax says, is that they exist in very small amounts in the plants themselves. Amounts too small to be able to effectively commercialize using the plant alone.

That’s one reason for the money that Horizons and Tuatara Capital is spending to get Demetrix’s production methods off the ground. And they aren’t the only ones.

“Legal cannabis is a multibillion-dollar industry with no signs of slowing down, but providers will need to innovate to keep up with demand for better products, including those taking advantage of rare and difficult to extract cannabinoids,” said Jason Kelly, CEO and co-founder of Ginkgo Bioworks, at the time. “Engineering strains of yeast that can produce these cannabinoids via fermentation is a perfect fit for our organism design platform and we are excited to be working with Cronos Group as they lead the way to high-quality cannabinoid treatments.”

TechCrunch Disrupt alumnus, CB Therapeutics is also tackling the market for brewing up cannabinoids along with the Canadian startup Hyasynth Bio , which raised roughly $15 million from investors including SOSV and IndieBio. “There are 118 cannabinoids, and only five have been studied… These compounds are like .1, .01, even .001 percent in the cannabis bud. When you want to extract these, a kilogram can be like $100,000 to $350,000. How is someone supposed to do research with that?” said Sher Butt, the company’s chief executive. “The only thing we need to add is sugar — that’s the beauty of what we’ve done… The yeast platform is agnostic, it makes everything for the same price.”

Pharmaceutical uses are only one reason why companies are racing to brew up batches of cannabinoids. The consumer health, wellness and beauty markets — including supplements, beverages, tinctures, oils, unguents, creams, and liquids is an increasingly lucrative market.

Cannabis-based drinks alone hit $86 million in sales in 2018, with expectations that they could reach $1.4 billion in sales by 2023, according to a report from the industry analyst Zenith Global and industry newsletter Beverage Digest.

It’s not just startups like Sweet Reason, the sparkling CBD water brand, or the supplement company Kaleidoscope Labs, which recently raised $4 million from investors including RRE Ventures, but large, well-established consumer goods companies that are getting into cannabinoid-laced beverages.

“CBD is also a rapidly emerging market without category leaders, predicted to grow to $2B/year by 2022,” said RRE Ventures general partner, Stuart Ellman, in a statement.

Both Molson Coors and Anheuser Busch are exploring production of cannabis infused beverages. The doyenne of domesticity and entrepreneurial powerhouse Martha Stewart has inked a deal with Canopy Growth to develop a line of CBD products (no doubt influenced by her friendship with the very much CBD-infused marijuana and music mogul, Snoop Dogg).

However, one of the indicators of the industry’s growing clout could also be a potential stumbling block. When the Food and Drug Administration approved Epidiolex, it threw unregulated and unapproved CBD products into a legal limbo. That’s because federal law bans the use of government medicines in food and drink products.

Some companies have clearly been skirting the issue, but Demetrix is tackling it head on.

“We have spent a lot of time working with folks at the FDA and they’re equivalents in other countries to understand the advantages fo what we can do,” says Ubersax. Which is why the company has yet to supply anyone with its cannabinoids.

“We have a lot of manufacturing scale up to do and a tremendous amount of regulatory work that needs to get done,” says Ubersax. “Working with the FDA to bring these cannabinoids… that’s been a tremendous focus for the company at the beginning.”

Now with $50 million in the bag, Ubersax and Demetrix can start looking at bringing its cannabinoids to market — initially in consumer applications.

“Looking at the three year time you’re talking about stuff in the consumer space, the supplement space and the health and beauty,” he said.