Washington state rolled out the world’s second adult-use marijuana market on July 8, 2014, following closely behind Colorado, which began recreational sales at the start of that year.

Over the past five years, Washington state cannabis business owners have persevered through stiff competition, a shifting regulatory landscape and sliding market prices.

A study released by the Washington State Liquor and Cannabis Board (WSLCB) in March 2019 found that recreational cannabis cultivators are using less than half their allotted licensed canopy.

That could open the door for regulators to reduce some licenses to a lower tier, which would shrink the maximum amount of cannabis a cultivator could grow.

While Washington state’s cultivators suffer from depressed wholesale flower prices, overall cannabis sales continue to increase – although at a slower pace, according to the 2019 Marijuana Business Factbook.

By the end of 2019, Washington state – along with Colorado and Oregon – could post year-over-year retail sales increases of single digits.

It would be the first time a recreational marijuana market has not posted double-digit increases in adult-use sales.

And lack of mandatory pesticide testing in the market has spurred retailers to develop their own programs to test products, which has been a disruption for the market, particularly for processors.

Marijuana Business Daily surveyed several owners of both plant-touching and ancillary businesses in Washington state to hear what lessons they’ve learned since 2014.

The selected answers focus on: 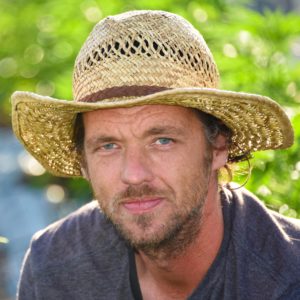 “Don’t depend on a few sources of revenue but, instead, diversify your relationships and your products. The Washington market is extremely competitive, and prices are low due to oversupply.

“We have had to do more with less to stay afloat in this market, where prices sometimes do not cover the costs of production. By diversifying all aspects of your business, you are better positioned if something goes wrong.

“Businesses built on single relationships or single product lines are at much greater risk of failure.”

“It is unwise to get on the bad side of those that regulate the industry. The gross variability of enforcement against licensees (many have not even received an LCB visit after being licensed, whereas some have been visited over 100 times) appears to, occasionally, show differential focus on outspoken members of the industry.

“Many licensees voice concerns in private that they refuse to state publicly (if at all) to the LCB. When questioned, fear of reprisal is a common theme.”

“The WSLCB has absolutely no interest in the cannabis legalization succeeding, which is evident in their handling of the initial rollout, the Leaf software transition, their irrational and frequently irregular enforcement actions, their confusing, conflicting and often illegal rule changes, and the highest taxes per gram in the country.” 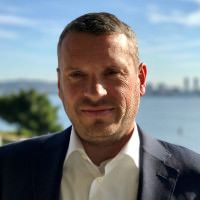 “This is the most competitive industry in the world. Being successful requires embracing and being passionate about all aspects – from the quality of the products to the level of customer service, all the way through to simple things like your relationship with the bank or following regulations.

“To be successful in legal cannabis you need to be passionate about the entire process.”

“We learned how vital it is to engage early in the political process as laws and rules are being discussed on the state, regional and local levels to push for a small-business-friendly atmosphere.

“If given a mulligan, I would engage much earlier in the political process. I would also advise myself to not overextend – focus on building one strong business.

“We are still in the infancy of the industry. The current is ever shifting, and it will continue to shift and refine over many more decades. The tortoise can win this race.” 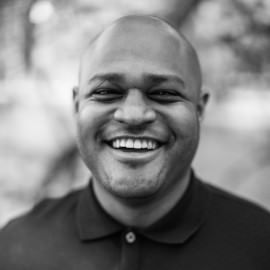 “The No. 1 lesson I learned about running a cannabis business in Washington over the past five years is to stay nimble and operate at the highest efficiency to stay competitive.”

“It is important to make sure your client actually has the ability to pay you before committing time and resources. When in doubt, run a credit check or require a deposit.

“Washington’s relatively low barriers to entry resulted in many businesses (opening) that lacked the necessary capital or business acumen to survive the oversupply issues that challenge Washington producers to this day.”

“The price of cannabis will go down. As cannabis gets treated more and more like traditional agriculture and less like an illicit substance, the more it becomes a commodity in a normal marketplace. This, in turn, lowers the price.

“I have seen wholesale cannabis go from $6.25 per gram down to $3.33 per gram for roughly the same product.”

“Focus on equipment and infrastructure – i.e., get rich from the gold rush by selling shovels, not by panning for gold. Also, financial-related things are probably smart as there is still a distinct lack of capital, assuming you have a huge appetite for risk.”

Interviews have been edited for length and clarity.