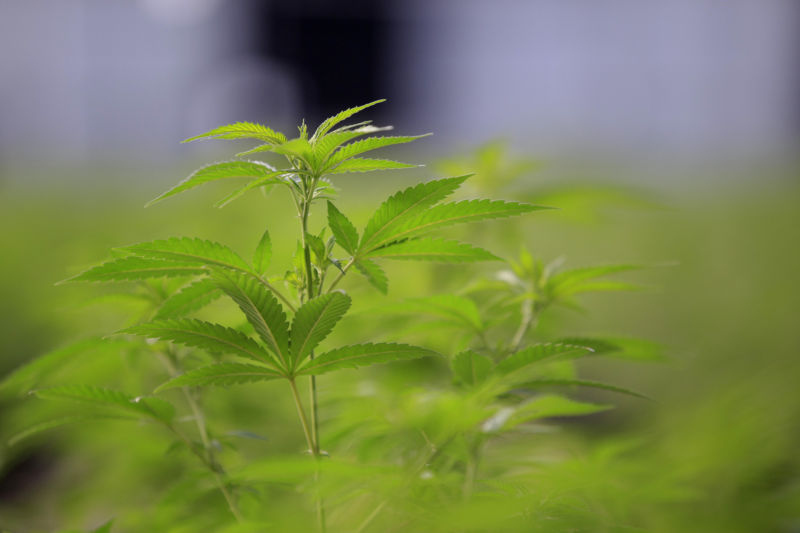 Enlarge / Marijuana plants grow in a greenhouse in Colorado, not for research.

With the recent explosion of cannabis access and CBD products, federally funded scientists are craving more research on the potential risks and benefits. But if any researchers were hoping for more varied sources of cannabis—sources that could better reflect what patients have access to, for instance—they may be left holding their breath.

Three years after saying it wanted more suppliers of cannabis for research, the US government continues to hold a monopoly on growing the crop. While more than two dozen entities have submitted applications to the Drug Enforcement Administration to become growers, the government has dragged its feet in processing the paperwork and is instead stepping up its own crop; its exclusive supplier, the University of Mississippi, is growing 2 tons this year, the largest crop in five years, according to a report by the Associated Press.

Orthopedics researcher Emily Lindley at the University of Colorado and other researchers are not happy with the situation, according to the AP. Lindley, who is studying whether cannabis with high THC levels could be an alternative to addictive opioids for chronic back pain, says she wants more suppliers than just Ole Miss, which has had limited strain varieties and product availability. “We want to study what our patients are using,” she said.

While patients can follow state laws on access to cannabis for medical and/or recreational purposes, federally funded researchers have to follow federal law, which still classifies cannabis as a Schedule I drug. These drugs are defined as having a “high potential for abuse and the potential to create severe psychological and/or physical dependence.” Other Schedule I drugs are LSD and heroin.

The government’s exclusive deal with the University of Mississippi to grow the highly restricted drug dates back to 1968, when a scientist there offered to grow cannabis for research as a favor to some colleagues. The federal government subsequently set up a contract for the university to be its sole supplier. Though the contracts had five-year terms, no institution out-competed Mississippi for the deal.

In 2016, the Drug Enforcement Administration said it would consider licensing additional suppliers to aid research efforts. “Based on discussions with NIDA [the National Institute on Drug Abuse] and FDA, DEA has concluded that the best way to satisfy the current researcher demand for a variety of strains of marijuana and cannabinoid extracts is to increase the number of federally authorized marijuana growers,” the DEA wrote at the time.

It added that it “fully supports expanding research into the potential medical utility of marijuana and its chemical constituents.”

And since 2016, some of that potential medical utility has been realized. In June of 2018, the Food and Drug Administration approved a CBD-based treatment for certain seizure disorders affecting children. (CBD, the acronym for cannabidiol, is a component of cannabis that does not cause intoxication or the euphoric “high” linked to cannabis use.)

Still, the DEA has not acted on the more than two dozen applications potential growers have submitted. The AP notes that in June, the Scottsdale Research Institute in Arizona asked an Appeals Court in DC to order the DEA to process the applications. The case is ongoing.

A spokesperson for the DEA responded that the agency is “still working through the process and those applications remain under review” but did not comment on the litigation.