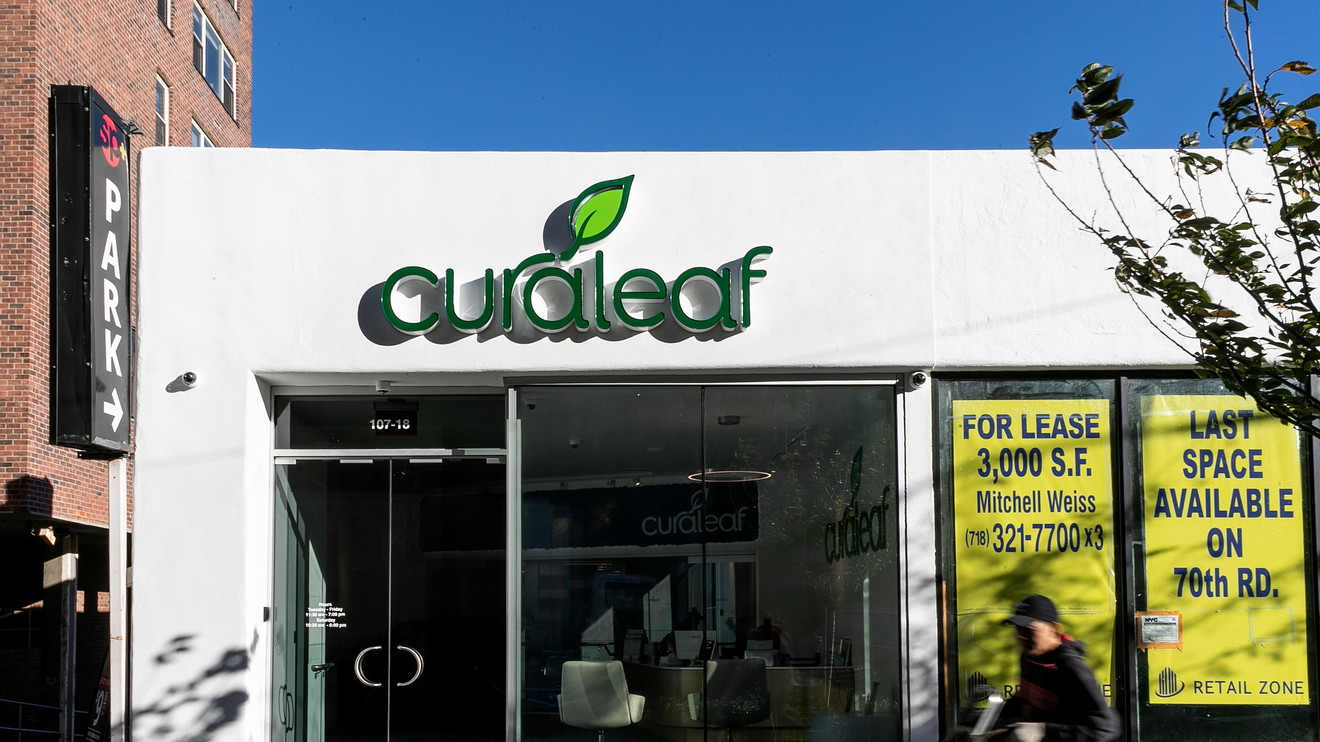 Cannabis stocks were mostly higher Wednesday, with Curaleaf leading the pack after announcing an $875 million stock-and-cash deal that will help it expand into new states, including Illinois.

The deal, which is expected to close in early 2020, will increase Curaleaf’s presence to 19 states from 12, including Illinois, which legalized adult-use cannabis in June through the legislature. The combined company will have 131 dispensary licenses, 68 operational locations, 20 cultivation sites and 26 processing facilities.

Aurora Cannabis ACB, +3.72% ACB, +2.88%  was also in the news, after its German subsidiary won all three lots to supply Italy with medical cannabis for the next two years, as news site Marijuana Business Daily reported. Aurora was competing with Tilray, Canopy Growth, Wayland and Medicinal Organics Cannabis Australia.

But the deal which involves 400 kg of cannabis may cost the Canadian company as the average price of 1.73 euros per gram ($1.94) was less than half the tender reference prices and only slightly above the company’s latest reported average “cash cost of sales per gram of dried cannabis sold,” Marijuana Business Daily reported.

Mattson is taking a bullish long-term view of the new legal sector, while acknowledging some of the teething problems that have surfaced in Canada since it fully legalized last year.

Aurora is “one of the most aggressive capacity expansion plays” in the sector, with its aim to become the low-cost provider of premium product, the analyst wrote. Aurora shares were up 3.4%.

“While some firms are being cautious about expansion with the possibility that the Canadian market may see oversupply, Aurora is taking the view that the market for cannabis will be global and it can export to areas like Europe if the Canadian market sees saturation,” he wrote.

The analyst views Canopy CGC, +2.48% WEED, +1.85%  as a compelling investment opportunity, and said he expects it to retain its leading position in Canada—and beyond. “We believe that Canopy can replicate that effort in other markets as those markets move toward legalization,” Mattson wrote. “Canopy has the most aggressive approach to capturing the U.S. market (estimated to be the world’s largest potentially) through its potential acquisition of Acreage Holdings ACRGF, +4.31% ACRGF, +4.31%

Turning to Tilray TLRY, +1.33% Mattson said that company is supplying medical cannabis to patients in 15 countries and praised its brand strategy and clinical trials. But the plan of distribution of its big shareholder Privateer will create an overhang on the stock that Mattson expects will weigh for some time.

The stock is currently trading at a multiple that is similar to bigger rivals in terms of enterprise value to revenue, even though 35% of its revenue comes from food products, which Mattson said does not have the same growth rates as cannabis.

“It remains to be seen what kind of traction Tilray will have with CBD in the U.S. and until then we don’t believe an established organic foods company should trade at the same multiple as a high-growth cannabis company,” he wrote.

Valens GroWorks shares VGWCF, +1.95%  rose 1%, after releasing earnings earlier this week that beat expectations. GMP analyst Ryan Macdonell said the company’s gross margin of 58%, which was 2,000 basis points increase over the first quarter and above his 56% forecast, was impressive, as was its positive Ebitda, or earnings before interest, taxes, depreciation and amortization.

“This is an impressive feat considering this was Valens’ second quarter of operations and capacity utilization remains low at ~8% of the recently expanded 425 tonnes,” Macdonell wrote in a note to clients. He reiterated his buy rating on the stock and price target of $10 that is three times its current trading level.

On the regulatory front, a U.S. Senate committee will meet next week to discuss ways to help cannabis companies get access to banking services in a move that has surprised the industry, as advocacy site Marijuana Moment reported. The Senate Banking Committee will meet on Tuesday to discuss the Secure and Fair Enforcement (SAFE) Banking Act, which aims to allow federally-insured financial institutions work with cannabis companies in the states that have legalized without fear of federal enforcement action.

In May, Sen. Mike Crapo, a republican from Idaho, had signaled that we was unwilling to give the topic a hearing. The issue is a key one for cannabis companies, who have been forced to run their businesses mostly using cash, creating security risks.

For more, see: Push for legislation allowing banks to serve the cannabis business is gaining momentum

See now: Zenabis fought short selling financiers in the cannabis industry, but did it win?