A Christian book company, formerly referred to as CBD, is changing its name after it was inundated with requests for cannabis products.

Christian Book Distributors said it was dropping its initials to avoid „brand confusion.” People kept calling the company asking for hemp products. CBD oil, which is extracted from cannabis or hemp, is the new rage among millennials and credited for treating a host of medical problems.

“A person may call up and say, ‘Hey, I’m looking for my order,’” president and CEO of the company, Ray Hendrickson, told the New York Times. “It’s like, ‘What did you order? Oh, I ordered gummies. You don’t have the right company.’”

Hendrickson and his brother started the company in 1978, when they were teenagers, out of their parents’ Massachusetts home and it grew to become the world’s largest seller of Christian products. The successful company has been referred to as CBD for many years and even used the initial on several products — until the cannabis craze and popularity of CBD started inhibiting their online search results. 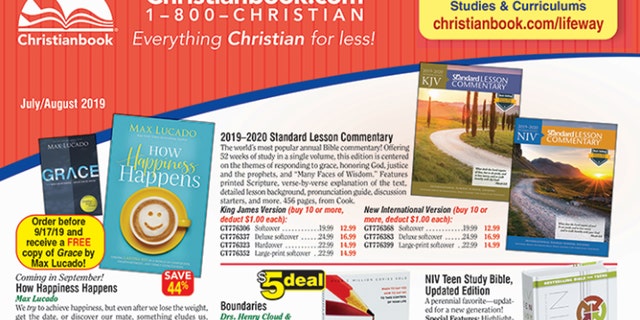 Christianbook, which formerly went by CBD, short for Christian Book Distributors, says it had to change its name due to „brand confusion” with the cannabis craze. (Courtesy of Christianbook)

„’Our CBD’ is nowhere to be found in the search results, only sites for the cannabis product are listed, and paid ads are no longer allowed,” Hendrickson said in a statement.  „As this wave of popularity over the 'other CBD’ is not likely to subside, we will stop referring to ourselves as 'CBD’ and will also drop the word 'Distributors’ from our company name.”

He added: „Going forward, we will operate under the name of 'Christianbook.'”

Because they had acquired the website Christianbook.com in the 90s, the transition may not be as difficult as it could have been. They plan to continue selling the same products: books, Bibles, homeschool materials, gifts, toys, games, church supplies, etc — but no CBD products, despite some Christians delving into the industry.

Hendrickson told the Times that the branding confusion even threw off his mom.

“I was driving my mom down the road recently,” he told the newspaper. “She saw a sign that said ‘CBD sold here.’ I was like, ‘No, mom. That’s not us.’”