Marcy Lyles, a single mother of three boys, has been trying to break into the cannabis business for a while now.

She is black, low-income and a resident of the Crenshaw area, which makes her a perfect candidate for the city’s cannabis social equity program, designed to give the people and places most affected by the misbegotten war on drugs a piece of the potentially lucrative cannabis business.

And yet on Tuesday, she wept in frustration as she recounted the slow pace of the city’s licensing program. She and eight others in the same predicament had gathered in a vacant storefront on Crenshaw Boulevard to talk to me about their experiences.

It’s been more than two years since the Los Angeles City Council passed its first ordinances regulating the newly legal cannabis business, and still, no social equity licenses have been granted.

“We’re sitting here and we are really begging,” said Lyles, 46, wiping away tears. “They said they were going to protect us. We accepted the offer. But I’m losing faith in my city. They don’t care about us. It’s terrible.”

As glossy dispensaries like MedMen and Dosist have sprouted on chic streets like Venice Beach’s Abbot Kinney Boulevard, people of color in the Crenshaw district and other struggling neighborhoods are spending thousands of dollars in rent for empty storefronts and warehouses they thought would be humming enterprises by now. 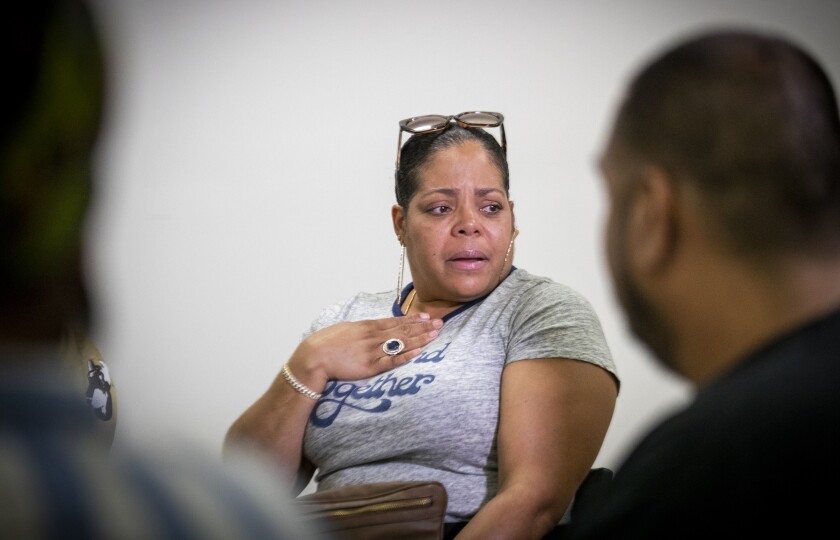 Moises Estrada, a one-time outlaw grower who wants to open a legal seed-to-sale business, said his landlord just doubled the rent on his empty downtown warehouse to $30,000.

Would-be dispensary operator Kika Keith’s rent for her empty storefront on Crenshaw also doubled, to $12,000. She is lucky to have partnered with Magnolia Wellness, a deep-pocketed cannabis firm from Sacramento that has given her the ability to hang on to the space. “In 2018,” said Keith, founder of a beverage company called Gorilla Life, “we were under the impression that everyone had to hurry up and start.”

In reality, it’s been hurry up and wait.

And wait some more.

“We’re watching people move forward and open their shops and make millions while we struggle to eat,” said Janve Sobers, 23, who left a public policy master’s degree program in New York and moved back to Los Angeles to create a delivery service with her mother, Mickey McKinney. They want to focus on serving older residents in their community.

“I came back here because I was proud L.A. was offering this opportunity for me to be an entrepreneur,” Sobers said. “For the last six months, no one has been responsive. So it makes me wonder, was this ever real?”

Yes, it’s real and it will happen, vowed Cat Packer, the city’s cannabis czar. Packer is sensitive to these complaints. She is responsible for implementing the city’s byzantine, ever-changing cannabis policy, including its social equity program. 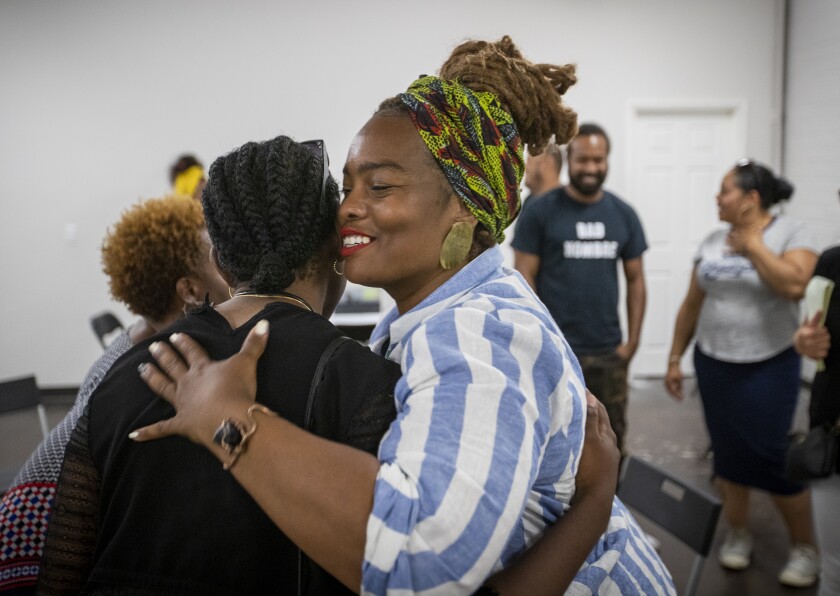 A major reason for the delay is that the city’s first priority after legalization was to license 180 of the city’s existing legal dispensaries that were grandfathered in.

And then, she said, it was not until this summer that the City Council allocated $3 million a year for three years to help walk inexperienced social equity applicants like Lyles through the arduous licensing process, and to help them learn how to run a cannabis businesses and woo investors. Packer calls this effort the “heart and soul” of the program.

It can’t happen too soon; Lyles told me she has become so desperate to figure out how to get funding that she is considering going door to door in Baldwin Hills looking for investors “who look like me.”

In April, the city began vetting would-be cannabis entrepreneurs who want to apply for licenses under the social equity program. Packer has held five workshops, which have drawn about 1,500 people.

So far, more than 700 people have submitted applications, and the deadline is July 29.

Applicants must be low-income, live in designated neighborhoods and/or have been convicted of a cannabis- related crime that is no longer illegal. Once they are vetted, they will be able to apply for businesses licenses, which will be awarded on a first-come, first-served basis, starting Sept. 3.

The city is granting only 100 licenses in this phase, and they will go to people like Estrada and Keith, who already have property.

“I’m worried because there are no guarantees,” Estrada said.

Those with outside investors will have to prove to the city that the applicant will own 51% of the business, and not just be a front for someone else. The potential for abuse is high, and already predators have begun circling like sharks. One video, available online, flashes private jets, sailboats and mansions. “Instead of dreaming about winning the lottery one day,” says the voice- over, “why not grab an opportunity that will earn you millions?”

Keith told me she spoke with a young man in the Crenshaw area who was offered between $5,000 and $7,000 a month to be the face of a business funded by outsiders. It’s a tempting offer for someone earning minimum wage. 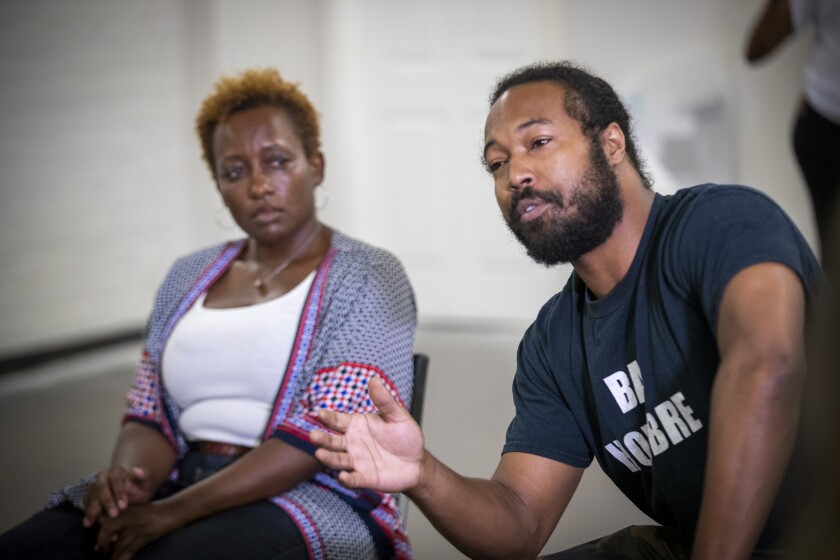 “This is the same thing that’s happened historically with beauty shops and liquor stores,” Keith said. “They are in our community and they aren’t owned by us.”

When it comes to pot, generations of people of color, mostly African Americans, have been unfairly penalized by the criminal justice system.

All races consume and sell pot at similar rates, yet while African Americans make up only 9.6% of the Los Angeles population, they have accounted for about 40% of cannabis arrests and about 51% of cannabis felonies.

I don’t know if cannabis alone has the potential to create multi-generational wealth, or lift up struggling communities.

But if it works properly, the city’s cannabis social equity program can help.