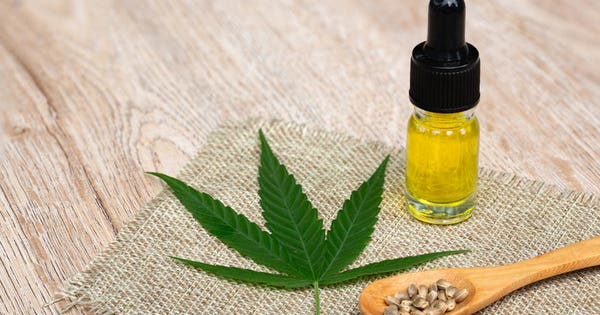 With fewer restrictions than ever, buyers are increasingly curious about the smoking hot CBD-infused consumer products space, but industry experts say remaining regulatory uncertainty and the young age of the category could result in more minority investments than buyouts in the near term.

The inflection point for bringing CBD, or the non-psychoactive part of the cannabis plant, into the mainstream was the passage of the 2018 US Farm Bill last December, which lifted restrictions on selling hemp-derived products across state lines. Since then, CBD-derived beauty, personal care and pet brands, among others, have made their way into national retail chains like Walgreens, Sephora and American Eagle Outfitters.

Michael Lux, a Denver-based Partner at accounting firm Crowe, said he expects strategic minority investments to make up the bulk of CBD’s activity over the next 6-12 months. Although many of the industry’s players are “growing like weeds,” he explained that most are younger than five years old and not ready to explore full exits.

Despite the category’s youth, Lux said interest from consumer packaged goods (CPG) companies has been “very high,” and noted that many of his firm’s CBD-based consumer clients have been approached for strategic investments, as well as research and retail partnerships.

However, one industry banker cautioned that “it will be a bit off” before the market can expect to see acquisitions from traditional CPG groups, particularly for ingestible products like beverages and edibles, since the Food and Drug Administration (FDA) is still working to create a regulatory framework for CBD.

Earlier this week, the FDA announced that it is expediting its effort to create clearer guidelines for CBD, which is believed to have healing property for a range of conditions, including inflammation and anxiety. The department plans to publish a report on its progress by early fall.

In the meantime, companies who operate in the personal care space, with products like CBD-infused topical creams, beauty products and tinctures, are more likely to receive strategic investments, said the banker and a second banker interviewed for this report. Both noted that regulators are more comfortable with non-digestible products, making them a less risky investment.

Canadian cannabis companies, many of which have dual listings on the Canadian and US stock exchanges, are especially likely to invest in US CBD brands in the near term, each of the sources said. They explained that these businesses provide entry into the US market without jeopardizing their US listings, since THC is still federally illegal in the US.

CBD stands for cannabiodil and lacks the psychoactive properties of THC (which stands for tetrahydrocannabinol). Both naturally occur in marijuana/hemp and the farm bill legalized hemp products with only low concentrations of THC.

Seattle-based Lazarus Naturals, which was founded in 2014 and sells CBD-based supplements and personal care products, is one such company. In an April interview with Mergermarket, CEO Sequoia Price-Lazarus said the business has received approaches from publicly-traded Canadian cannabis companies. Though not pursuing a sale, the executive said the company is considering raising up to $20 million in growth capital this year.

Cannabis producer Canopy Growth’s acquisition of London-based natural skincare company This Works in May was more evidence of hemp producers’ interest in the personal care space.

While some financial sponsors, such as Seattle-based Privateer Holdings, were built specifically to invest in CBD and cannabis brands, each of the sources said most US financial sponsors would be barred from investing in the category since most existing funds restrict investments in the space. Lux said he has “heard of a few” sponsors who are interested in raising CBD-friendly funds, but noted that this could take a significant amount of time.

Strategic buyers across a range of industries, including pharmaceuticals, consumer products and food and beverage, are expected to show interest in acquiring CBD brands once FDA regulations become more clear, but in the meantime, activity will be limited to minority investments, particularly from Canada, each of the sources agreed.

“I think people are still trying to figure out where this is going to go,” said Lux. “It’s an industry that didn’t exist 10 years ago and barely existed five years ago, and it sounds cliché, but the sky really is the limit here.”