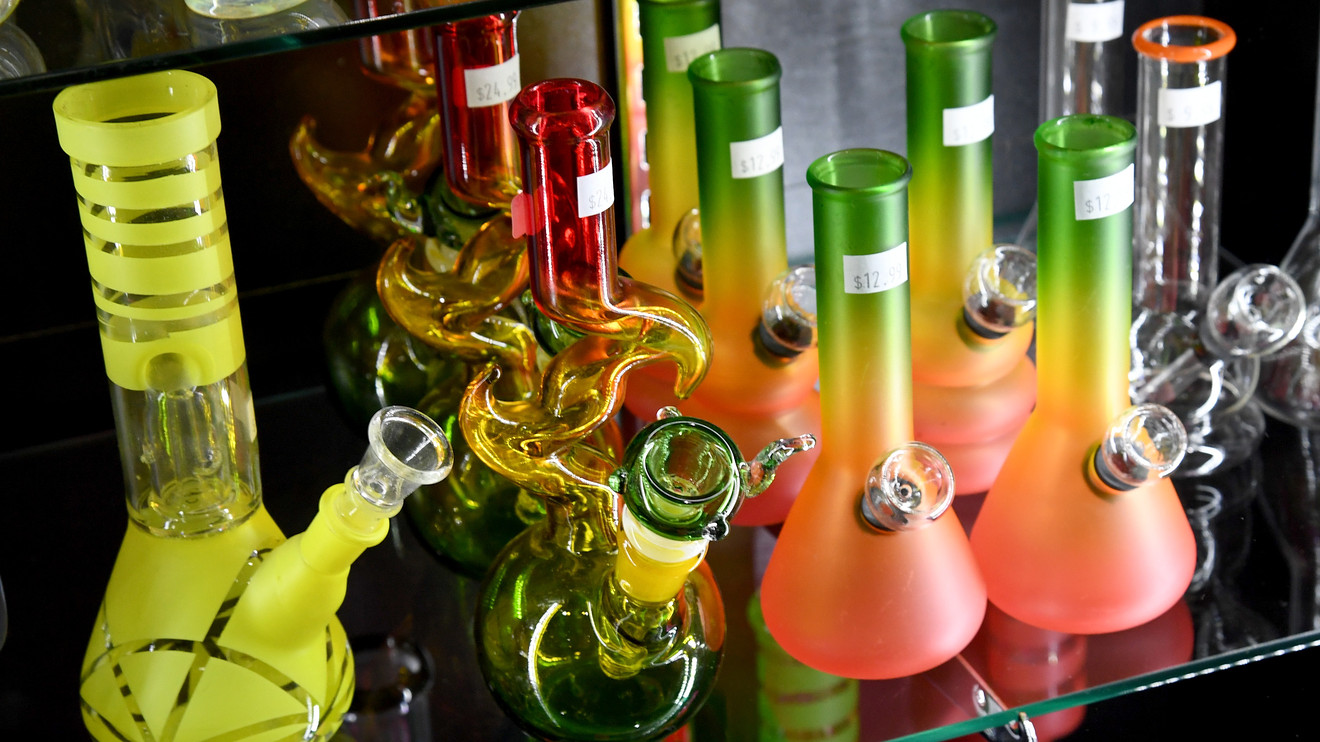 Cannabis stocks were mostly lower on Tuesday, led by Curaleaf Holdings, after the U.S. Food and Drug Administration sent a warning letter to the company for claiming CBD-based products could treat a range of serious diseases, including Alzheimer’s disease.

The FDA has asked for a response from the company within 15 working days, saying how it plans to address the violations. “Failure to correct the violations promptly may result in legal action, including product seizure and injunction,” said the letter.

The move is the first against a multi-state operator and is expected to shake the entire sector. CBD, a non-intoxicating ingredient in cannabis, is widely held to have wellness benefits and many companies are waiting for the FDA to create rules before launching product lines. But the FDA views CBD as a drug, because it’s the main ingredient in the only cannabis-based drug it has approved—GW Pharma’s Epidiolex, a treatment for severe childhood epilepsy.

See now: An entire industry is being built around CBD, but we really don’t know that much about it

A Curaleaf spokesperson said the letter is currently under view by its legal counsel. The company intends to cooperate with the FDA and intends to remain compliant with all rules.

“We can reaffirm that nothing in the letter raises any issues concerning the safety of any Curaleaf product,” said the spokesperson. “Curaleaf products are all derived from hemp and meet the requirements of the Farm bill.”

Andrew Kessner, analyst at William O’Neil & Co., said it was not surprising that the first major action was against Curaleaf.

“Among MSOs, Curaleaf has made the largest push into CBD – with a full “Curaleaf Hemp” line. And the CVS partnership brought them a lot of attention, he said, referring to the partnership announced in March to sell a line of CBD products at the drugstore chain.

“So they’re a good company to make an example of – you can bet that any other MSO with similar content/claims on their website has already taken it down, or will have it down by the end of the day. Same goes for other public and larger private companies selling CBD products,” he said.

The move came as speakers addressed a U.S. Senate hearing on cannabis and banking that industry insiders are hoping will lead to reforms of current federal laws.

As long as cannabis is banned at the federal level, federally-insured banks are reluctant to serve companies in states that have legalized out of fear of federal enforcement action. That means companies can barely access ordinary cash management and payment services, never mind tap capital markets.

If the laws are adjusted, “we should see a domino effect of multiple U.S.-based funding sources pouring money into the cannabis market,” said Matt Hawkins, managing partner at Cresco Capital Partners in emailed comments. “We could also potentially see a heavy influx of cannabis-related IPO registrations to the NYSE and NASDAQ. “

“The lack of access to banking services for cannabis businesses across the U.S. has crippled this industry for far too long,” she said. “This hearing will continue to put pressure on Congress to acknowledge the importance of the SAFE Banking Act and the move towards public safety, as well as providing the necessary structure financial institutions need to service this multi-billion dollar industry.”

The Secure and Fair Enforcement (SAFE) Banking Act is one of two key proposals that aim to protect banks that serve cannabis companies in states that have legalized marijuana. The second is the Strengthening the Tenth Amendment Through Entrusting States (STATES) Act, which would give greater autonomy to individual states in determining their rules.

Rachel Pross, Chief Risk Officer of MAPS Credit Union in Salem, Oregon with about $770 million in assets and 65,000 member owners, will tell the hearing that the issue goes beyond cannabis companies alone, as they do not operate in a vacuum.

“As a bipartisan group of Senators noted in a 2016 letter to FinCEN, ‘locking lawyers, landlords, plumbers, electricians, security companies, and the like out of the nation’s banking and finance systems serves no one’s interests’,” she said in prepared comments.

Then there is the issue of crime, which is a major challenge for companies operating primarily in cash, noting that a 2015 analysis found one in every two cannabis dispensaries had been robbed.

“We are on track to remove over 860 million dollars in cash from the sidewalks of Oregon’s communities in just 3 years’ time,” she told lawmakers. “That’s millions of dollars that used to be carried around in duffel bags by legal business owners in our state, creating public safety concerns for the communities we live and work in.”

For more, see: Push for legislation allowing banks to serve the cannabis business is gaining momentum

In company news, analysts at Stifel Financial highlighted the challenge facing the cannabis sector in attracting financing, an issue that is hurting smaller companies particularly hard.

Analysts led by W. Andrew Carter wrote in a note to clients that the capital needs of the cannabis sector are under-appreciated with cost of capital rapidly becoming a key competitive consideration. The note describes how The Flowr Corp. FLWR, +1.25% FLWR, +1.25%  a small Canadian licensed producer (LP), on Monday conducted a bought deal financing at a price that is well below its previous trading price after failing to complete a secondary offering. The price was about 30% below the June 25 close before the financing was announced.

“We highlight the advantage for both Canopy Growth and Cronos Group (C$ 3.7 billion and C$ 2.4 billion of cash on hand, respectively) with each company having the cash on hand to execute their business plan and take advantage of any dislocation in the industry,” said the note.

It has been a difficult summer so far for cannabis stocks, with the U.S.-listed shares of Canadian LPs and U.S. multi-state operators down 14%, while the broader market has gained 1%, said the note. Disappointing earnings from Canadian companies, the shock ouster of Bruce Linton as CEO of Canopy and the CannTrust scandal involving illegal growing that has led Health Canada to seize tons of its cannabis, have all put pressure on the sector, said the note.

In case you missed it: One Canopy Growth co-CEO is out, and the other isn’t far behind in major shake-up at world’s largest cannabis company

In the U.S., “we see very little momentum for a more accommodative federal approach,” said the analysts, despite today’s Senate hearing. At the end of 2018, there were hopes that three major states—-New York, New Jersey and Illinois—would legalize cannabis for recreational use, but only Illinois actually managed to get legislation in place.

Read now: Zenabis fought short-selling financiers in the cannabis industry, but did it win?

“And the heightened interest from the Department of Justice into U.S. industry acquisitions has at best slowed industry consolidation leaving a number of large of MSOs with key platform acquisitions outstanding,” said the note. “The DOJ’s approach potentially dampens a key theme for owning the U.S. MSOs which includes its advantaged position for consolidating the highly fragmented category.”

The industry is still mostly driven by retail investors chasing gains and capital is becoming more expensive as investor demand and supply are not balanced and it’s becoming more difficult for companies to issue equity, said the note.