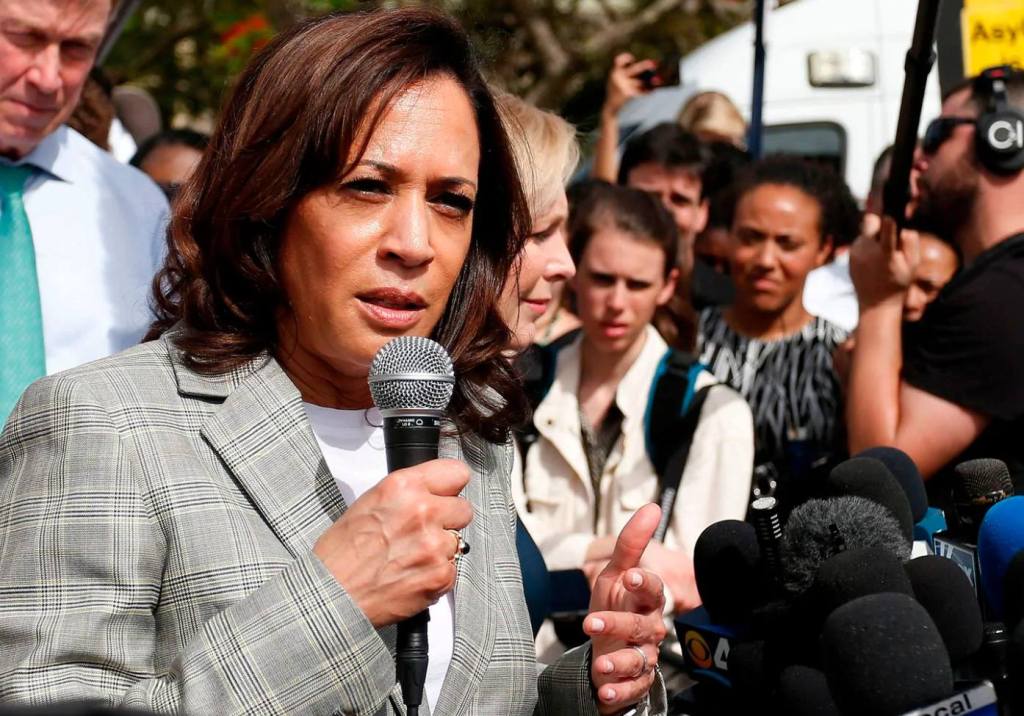 A decade and half ago, Alphonso Blunt was arrested for marijuana possession, serving five years probation. Now, the East Oakland native is running his own legal cannabis dispensary, thanks to an Oakland city program helping people on the front lines of the War on Drugs get a piece of the lucrative legal pot industry.

Others with similar records could get that opportunity under a bill introduced by California senator and presidential hopeful Kamala Harris Tuesday. The legislation would decriminalize marijuana at the federal level, expunge federal marijuana-related convictions and fund programs helping former drug offenders.

Harris, who once prosecuted marijuana crimes as San Francisco District Attorney, has previously come out in favor of federal decriminalization. But her bill would go farther, pulling the cannabis industry fully out of the legal shadows with new taxes and grants.

“Times have changed — marijuana should not be a crime,” Harris said in a statement. “We need to start regulating marijuana, and expunge marijuana convictions from the records of millions of Americans so they can get on with their lives. As marijuana becomes legal across the country, we must make sure everyone — especially communities of color that have been disproportionately impacted by the War on Drugs — has a real opportunity to participate in this growing industry.”

While it’s unlikely that the bill could pass the Republican-held Senate, it’s a sign of how Harris has focused on criminal justice reforms to shore up support among progressives, many of whom are skeptical of her prosecutorial record.

The bill would follow in the footsteps of California and 10 other states by erasing federal marijuana crimes from the books. It would apply retroactively to past convictions, requiring federal courts to expunge past marijuana-related records. Inmates still behind bars for marijuana crimes would get re-sentencing hearings.

Harris’ proposal would also authorize a 5 percent federal sales tax on cannabis products, which would go to fund new grant programs that provide job-training, substance abuse treatment and other services to people who have been arrested or convicted of drug crimes, or whose close family member has been convicted. (It wouldn’t apply to someone convicted of selling to a minor.) The money would also go to state and local loans for small marijuana businesses that are owned by “socially and economically disadvantaged individuals,” and to programs that make it easier for people with past convictions to start their own cannabis business or get jobs in the industry.

That takes a page from “equity license” programs in Oakland, San Francisco and elsewhere that help people who have past drug convictions get a leg up in applying for cannabis dispensary licenses. While the programs have been slow to get up and running, they’ve already helped a handful of businesses like Blunt’s.

“If this is done in the right way, it could be really big for the cannabis industry,” said Blunt, who co-owns Blunts and Moore, the first Oakland recreational cannabis dispensary to open under the city’s equity program. “It’s so important to fund and educate the people who’ve been impacted by this.”

Cannabis businesses would also be eligible for Small Business Administration funds. And the bill would prohibit the denial of any federal public benefit because of use of marijuana or a past conviction for a marijuana-related offense.

Even as cannabis use has become legal across more of the country, there are still thousands of people convicted of federal marijuana crimes each year. Nearly 2,200 people were sentenced under marijuana trafficking charges in federal court in 2018, according to the U.S. Sentencing Commission, making up about 11 percent of all federal drug trafficking cases. That was down about half from the number sentenced for similar crimes in 2014.

Still, the vast majority of people convicted of marijuana-related crimes go through state courts in states that haven’t legalized the drug, and they wouldn’t be directly impacted by Harris’ bill. In California and other states that have legalized marijuana, initiatives are already underway to expunge past state convictions and support people with previous convictions.

“Now that we recognize that the sky has not fallen because of legalization and prohibition has been a failed policy, it’s important that we work to repair the harm it’s done to communities,” said Queen Adesuyi, policy coordinator with the Drug Policy Alliance, who consulted with Harris’ staff on the bill.

Leaders in the Bay Area’s cannabis industry said they were happy to see Harris taking on the issue, although several said they were worried that the new sales tax could hurt their business. Legal cannabis sales already face high tax rates in California, which make their products more expensive and contribute to a still-thriving black market for cannabis in the state, even a year and a half after recreational use became legal.

But Adesuyi argued that taking marijuana off the controlled substances act would allow businesses to take advantage of federal tax breaks from whih that they had previously been blocked, resulting in a lower tax burden overall.

Shawn Richard, who spent three years in prison for a cocaine conviction decades ago and is now in the process of opening a cannabis dispensary in San Francisco’s Haight-Ashbury neighborhood, agreed that he was “a little iffy” about the prospect of new federal taxes. But overall, he said, the bill would be transformative for people impacted by tough drug laws.

“The chance to be able to make some money, be legit, and make a living and survive off of this is an amazing opportunity for all of us (who’ve) been affected by these policies,” Richard said. “It’d be a blessing.”