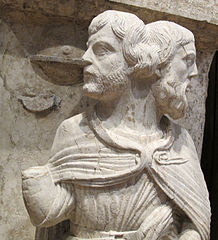 As marijuana is legalized in state after state, it is important to understand its effects on the brain. Effects of the two main pharmacological sub types CBD and THC are very different Unfortunately, the legalization debate conflates the two cannabis products.

The case for Legalizing Cannabidiol (CBD)

Although hampered by legal difficulties in conducting research, the prospects for medical marijuana seem bright with a myriad of applications from controlling seizures in young children, to reducing pain for glaucoma patients, facilitating sleep, treating chronic pain,or reducing nausea for patients on chemotherapy.

Instead of being the dangerous drug depicted in movies such as Reefer Madness, cannabidiol is a generally benign agent with an exceptionally broad portfolio of pharmacological benefits. States that have legalized medical marijuana have made these potential benefits easily available to large numbers of residents.

Unfortunately, in the process, they have also made THC, a possibly dangerous hallucinogenic drug, available to large numbers of people. This includes persons younger than 21 years who are not legally allowed to obtain the drug but can easily purchase it on the street.

Why is recreational marijuana so dangerous? Why are teenagers so vulnerable to it?

The Case for Controlling THC

Tetrahydrocannabinol (THC) is a hallucinogenic drug produced by the cannabis plant. Modern production methods, including indoor growing operations, are thought to have increased the potency of plants. Some methods of administration, such as smoking cannabis resin increase its potency even more.

These factors likely increase the risk of cannabis dependence among contemporary users.

In addition to the possibility of dependence, THC produces a long list of side effects ranging from the troublesome to the dangerous.

Some of these side effects are particularly troubling in relation to adolescents. THC use impairs learning and memory at a phase in their lives when education is particularly important. Teenagers using the drug are less likely to excel in academics.

In addition to such acute effects, there are serious chronic effects on the developing brain. So, habitual users had reduced IQ scores at the age of 38. Of course, we do not know if this is a causal relationship. It could be that habitual users of THC are different from the rest of the population to begin with.

Researchers find that chronic users have diminished neural activity in areas of the brain associated with learning, memory, and executive function.

This results in problems with impulse control and reduced prospects for social and occupational success.

In addition to this range of challenges to the developing brain, adolescent THC use is associated with an increased risk of psychosis. This is because prolonged use compromises neurotransmitter systems that are implicated in schizophrenia.

Given these many issues, it seems obvious that adolescents should steer clear of the drug. Yet, this is unlikely to happen if it is widely available.

In legalizing marijuana, states may find themselves condoning the use of two very different drugs – CBD and THC. The first -CBD – has many potential medical applications but few deleterious side effects. Clearly, its greater use could have widespread benefits. The second -THC – brings a wide variety of risks, particularly if highly potent varieties are used and if they are consumed in concentrated forms that are becoming popular among young people.

THC has many adverse side effects. It is potentially addictive. It may compromise the normal development of impulse control and it is a factor in the emergence of psychosis.

These adverse side effects are most serious in the case of adolescents whose brains are not yet fully mature. Given these problems, THC should be controlled for precisely the same reasons that other dangerous drugs are legally regulated.

Unfortunately, the distinction between CBD and THC is often obscured in campaigns to legalize “marijuana” as though only one drug were involved. Names matter and legalizing very different substances from cannabis conflates a potentially dangerous drug with a benign medicinal agent.