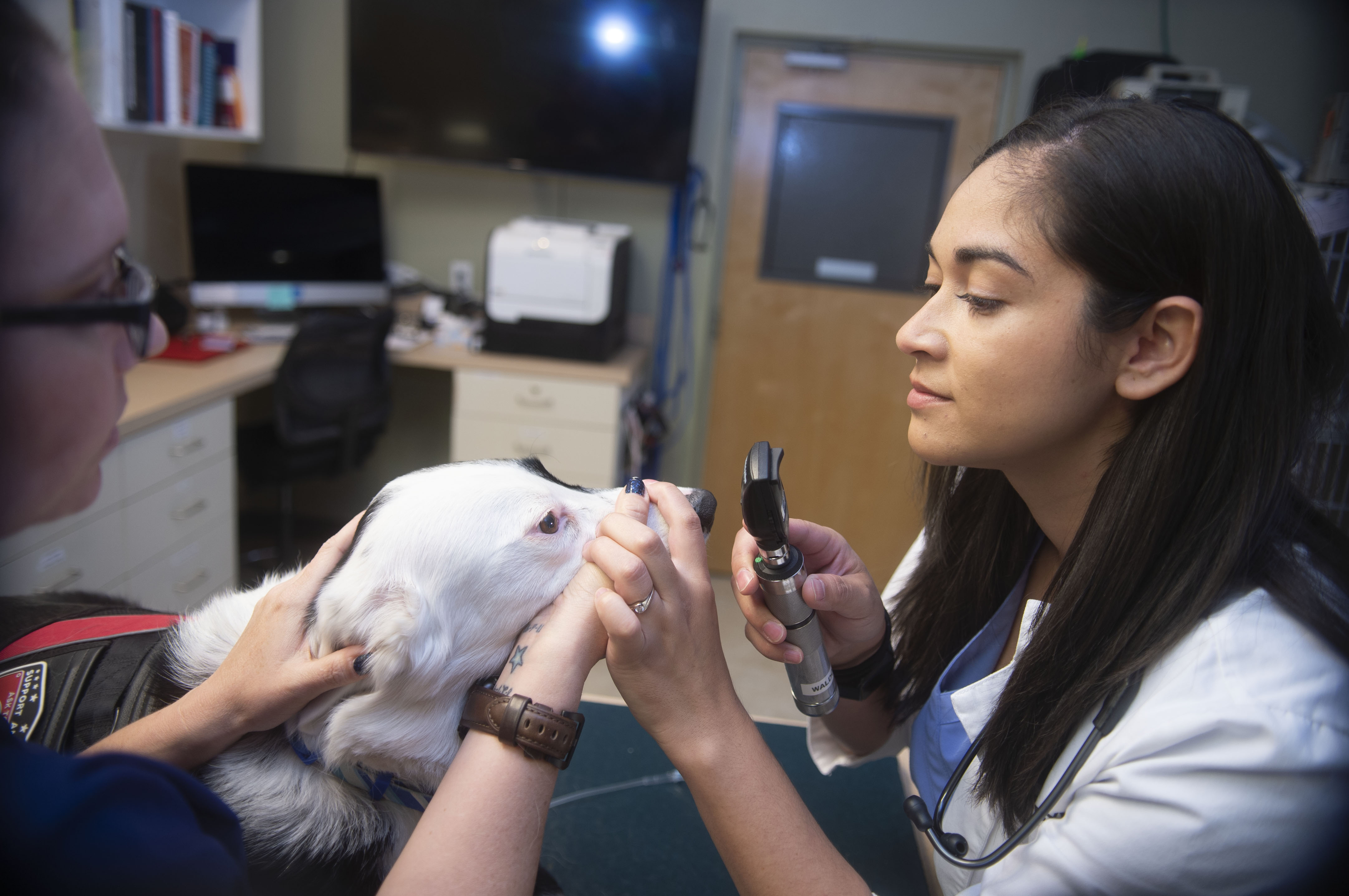 The Prescott Area Pet Emergency Hospital sees at least one case of THC toxicity each week.

“Probably one every 48 hours or so, whether it’s eating the actual plant (marijuana) or the edibles,” said Jennifer Hohle, the hospital’s practice manager and a registered veterinary technician.

THC, the psychoactive element in marijuana, is considered a health risk to dogs and other animals. When exposed to THC in some fashion, animals can suffer from vomiting, low blood pressure, low body temperature, seizures, lack of coordination and depression, according to the American Veterinary Medical Association.

That said, there have been very few documented cases of animals dying from marijuana.

“There’s only been three reported cases in the veterinary literature of dogs dying from severe THC toxicity that I’m aware of,” said Vihaney Graves, a doctor of veterinary medicine at Prescott Area Pet Emergency Hospital.

The THC itself is not what can kill an animal, Graves said, but rather the complications it causes. Of particular concern is aspiration (sucking food or some other foreign object into the airway). In very severe cases of THC intoxication, animals essentially go into a temporary coma and lose their ability to protect their airway via a gag reflex, Graves said. This can result in choking on vomit or anything else that might get into the airway.

Edible marijuana products (edibles) are a particular concern, partly due to how potent they can be, and partly due to what they’re made of. Many edibles contain chocolate and/or complex sweeteners, such as xylitol, which are even more dangerous to dogs than THC.

“Since they’ve come up with edibles, we’ve seen a huge increase in animals eating those as opposed to just somebody else’s plant,” Hohle said.

ARE THERE LEGAL RAMIFICATIONS?

In short, not really. As it stands, there are no laws in Arizona — or in any state for that matter — that specifically consider it animal abuse if a pet is simply exposed to marijuana in some fashion.

Arizona’s statute, ARS 13-2910, requires such elements as cruel mistreatment, cruel neglect, physical injury or death in order to commit the crime of cruelty to animals. These terms are all narrowly defined in the statute, and no animal-abuse cases specific to marijuana have yet been charged locally, Yavapai County Attorney Sheila Polk said.

“Having said that, each case is fact-specific and we would examine all the facts that gave rise to a pet getting high in determining whether a criminal offense has occurred,” Polk said. “For example, is there other evidence of cruel mistreatment, neglect or physical injury to the pet that gave rise to the intentional or inadvertent access to the THC?”

When pets are brought to the pet emergency center, Graves said, the staff looks for any signs of potential abuse and are required to report suspected cases to animal control within 48 hours. However, when it comes to THC intoxication, pet owners would have to admit to intentionally getting their pets high for hospital staff to involve the authorities.

“Like if someone said, ‘I blew smoke into my dog’s face,’ I would have to report that,” Graves said. “But most of these cases are not intentional.”

Often it’s a challenge just to get people to admit that their pets have gotten into some form of marijuana at all, Hohle said. And when that happens, it makes it more difficult for veterinarians to know what might be wrong with the pets and how to treat them.

“All we really care about is getting the pet better,” Hohle said. “The best thing to do is just tell us what happened so we can treat your pet appropriately.”

To reduce marijuana’s effects on a dog, there are a few options, Graves said.

Veterinarians can induce vomiting, pump the dog’s stomach or give the pet activated charcoal, which will help remove the marijuana from the dog’s system.

All of these treatments are dependent on the animal’s condition, so Graves said it’s best to have a veterinarian decide what the best course of action is, rather than pet owners attempting these methods on their own.

Depending on the severity of the case, THC intoxication treatment can cost anywhere from $140 to $2,000, Hohle said.

A resource that Graves and her colleagues recommend is Pet Poison Helpline. Pet owners who know or suspect their pets have eaten something potentially toxic can call the helpline and ask what the recommended actions to take are. There is a service fee, but it could save time, money and maybe even your pet’s life, Graves said.

“It’s worth it, because if it’s a severe case, we’re going to recommend to contact them anyway, especially if it’s a case that’s really hard to treat, because they know more about toxicity and treatment methods,” Graves said.