A decade ago, I finished my first year of grad school in Los Angeles, and my boyfriend and I went on a short getaway to celebrate. He recommended Ojai, a New Agey town a couple of hours’ north, because some famous person he liked had lived there. After an afternoon of hiking among the orange trees, we returned to our motel room to get ready for our fancy dinner, the kind of white-tablecloth place we could never afford to eat at normally.

I wore my grad-school finest, which is to say I looked like the assistant accounting manager at a medium-size business. My boyfriend brought out something special for the occasion: a cookie infused with marijuana butter. I had smoked joints before, and I wanted to seem game, so I eagerly ate my half. It tasted like your standard Nestlé Toll House, maybe a little grassier, and I swallowed it without asking key questions such as, “Where did you get this?” or “Why are we doing this?”

As soon as we pulled into the parking lot of the restaurant, Earth and its atmosphere began to whisper to me that all was not right. Everything seemed like it had been rotated 45 degrees, but in meaning, rather than appearance. I looked at my boyfriend and realized that I could no longer be sure he was him. What if he was an imposter, and I had come to this strange restaurant in this strange town with a strange man?

I decided to proceed with the dinner anyway—which quickly turned out to be a huge mistake. The tossed salad conjured dead leaves, reminding me that everything is picked, pruned, and fallen. The meat reminded me that we are all for slaughter. Then the dessert came out. The waiter placed it on the table, flashed us an impish grin, and lit it on fire. That’s when I started weeping.

My boyfriend paid and hustled me out. We returned to our room, where I lay motionless on the bed and clung to its edges so I didn’t fall up. I had, it turned out, gotten too high. Ever since, despite my live-and-let-live attitude toward most things, I’ve considered edible pot to be slightly suspect, a wolf in sheep’s clothing.

This seems to be a common dichotomy when it comes to eating, rather than smoking, cannabis. People who can smoke a bowl and go about their day will find that when they eat a weed candy (or two—is it even working?), they feel like their hands are about to detach from their body. Though cannabis is safer than many other drugs, edibles feel scary to some people because of the heightened delusional symptoms they seem to induce. Famously, the writer Maureen Dowd took a nibble of a pot chocolate and “became convinced that I had died and no one was telling me.” Indeed, in Colorado, edibles are responsible for a disproportionate share of emergency-room visits, relative to their sales.

The refrain you’ll hear from a more seasoned stoner is that people like Maureen and me simply ate too much. We should have had just a little, then waited, then only had more once the initial high wore off. That may be true. But some marijuana researchers (few though they might be, given restrictions on the drug) told me that something else might be happening, too. Edibles and smoked weed are processed into different substances in the body, and they say this allows the two to affect the mind in totally different ways.

According to Nick Jikomes, the principal research scientist at the cannabis website Leafly, the discrepancy comes down to the type of THC, the primary psychoactive compound in marijuana. When you smoke a joint, what goes into your bloodstream is called delta-9 THC. When you eat cannabis, meanwhile, the drug gets processed by your liver into a different compound, 11-hydroxy THC. The two forms are very similar to each other, but the small differences between them can mean they affect the brain in dramatically disparate ways. The 11-hydroxy THC affects you more intensely once it crosses the blood-brain barrier, Jikomes says.

Mike Tagen, a scientific consultant for cannabis companies who has a pharmacology background, agrees that 11-hydroxy THC is far more potent. The molecule, he says, can activate certain receptors in the brain more fully than delta-9 can. It’s “more like the synthetic cannabinoids, like Spice or K2,” Tagen told me. “Those are associated with bad reactions, things like anxiety attacks, paranoia. That might be why you see the strong reaction with edibles.”

However, this is weed we’re talking about. Despite its growing acceptance, it still has an air of illegitimacy that can induce snickering and shame. There’s not much research to back this 11-hyrodxy-THC theory, and thus, it’s not certain that 11-hydroxy THC is the real culprit here. Ethan Russo, a psychopharmacology researcher, says that though studies from the 1970s suggested that 11-hydroxy THC is more psychoactive than the regular kind, unpublished experiments later performed by his former company, GW Pharmaceuticals, didn’t bear that out. These more recent results showed that the two compounds are basically equivalent. Instead, Russo says the reason edibles affect people more strongly is simply because more THC—of any kind—gets into the body when pot is eaten. When a joint is smoked, only 10 to 30 percent of the THC is absorbed into the body, he says. A lot—quite literally—just goes up in smoke.

Regardless of who’s right, there are things you can do to protect yourself from being overpowered by edibles. Jikomes recommends that people new to edibles start with no more than a 2.5 milligram dose of THC—lower than the amount in many packaged confections—and work up from there. Generally, you wouldn’t want to consume a second dose until you’ve gone through the first “experience,” which means you wouldn’t want to have two edibles on the same day. And because mind-set matters so much to how you experience cannabis, Jikomes recommends not experimenting with weed for the first time if you’re feeling especially anxious or depressed.

Waiting to be perfectly emotionally content before you smoke weed might defeat the purpose. But that is, alas, the price of not thinking your legs have turned into bacon.

We want to hear what you think about this article. Submit a letter to the editor or write to letters@theatlantic.com. 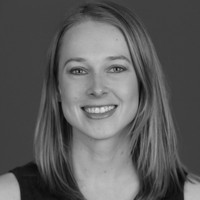