Welcome back to Higher Law, our weekly briefing on all things cannabis. I’m Cheryl Miller, reporting for Law.com from Sacramento. This week we’ll be looking at:

Thanks as always for reading. Send your thoughts and story tips to cmiller@alm.com. You can reach me at 916.448.2935. Follow me on Twitter @capitalaccounts.

This week I checked out a webinar, hosted by NU PropertyCasualty360, on the impact legalized marijuana is having on the insurance industry. Here are a few takeaways.

“Ultimately the risk-benefit calculation is continuing to shift toward a conclusion of de facto legalization,” Stewart said. “I don’t think we’re quite there yet. I think every company has to … avoid unreasonable fear of prosecution while at the same time recognizing that we are dealing with a federally illegal substance.”

… but the CBD and hemp market? Not so much.

“I think advising clients in this space is actually in many ways more difficult and murky than with cannabis,” Stewart said. “Hemp and CBD right now are very vague and that’s because we’re in a transition period … It’s really important for anybody operating in the hemp or CBD space to confirm the source, to make sure it comes from a state-sanctioned program and also to make sure that the proper tests were conducted to make sure the CBD falls under the threshold for THC.”

Medical marijuana and workers comp claims are a tricky mix. Dr. Teresa Bartlett, senior medical officer at Sedgwick, said the claims management company has seen an uptick, “particularly in the northeast,” of injured workers “going to one of these cannabis physicians and requesting marijuana to treat their workers comp injuries.”

In response, Sedgwick has revamped its approach when employers challenge paying for medical marijuana for workplace injuries, Bartlett said.

“We put together the whole clinical picture for the judge to consider rather than just a doctor who just saw the individual one time and is recommending medical cannabis,” Bartlett said. “So we like to include all the potential side effects and risks and harm to the patient just so that everything can be considered, not just the law of that state.”

“In the past we used to say, ‘hey it’s not approved by the feds, we can’t pay for it,’ and the judges pretty much didn’t care,” Bartlett said. “So now we have a different approach.” 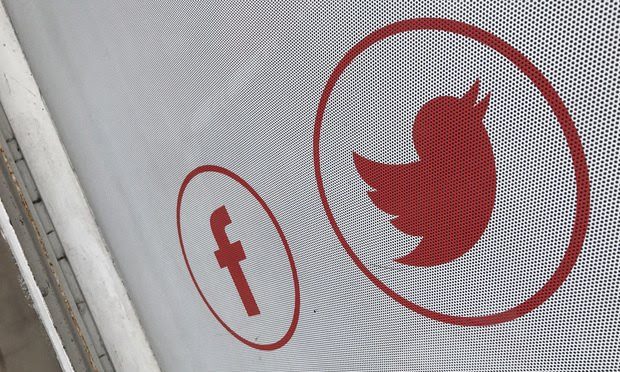 Earlier this week I wrote about Curaleaf getting a nasty-gram from the FDA, which essentially told the cannabis giant to remove all unsubstantiated health claims about CBD from its website and social media accounts.

It’s no surprise the FDA would target assertions about the popular compound’s supposed ability to fight cancer or Alzheimer’s disease. Before he left office in the spring, then-FDA commissioner Scott Gottlieb warned CBD marketers not to make “egregious, over-the-line claims … to vulnerable patients.”

More of a head-scratcher is how those claims got on Curaleaf’s sites in the first place. This is a publicly traded company—the biggest in the world, its leaders said after the recent acquisition of GR Companies—with in-house counsel. And even in my brief time covering cannabis law, I’ve heard plenty of lawyers warn that making health claims about CBD is like waving a red flag at an FDA bull.

Curaleaf said in a statement that it’s committed to complying with FDA marketing requirements. The comments flagged by the FDA appear to have all been removed.

Emily Leongini, an Arent Fox associate in the firm’s FDA practice, said the agency’s letter to Curaleaf wasn’t particularly noteworthy in and of itself. The FDA has sent similar warnings to other CBD marketers, most recently in April.

“I think what’s more interesting about it is the fact that Curaleaf was one of the first CBD brands to be sold in CVS stores,” Leongini said.

With CBD booming in popularity, the FDA’s public letter could be a high-profile warning to other manufacturers to watch their marketing practices. CVS announced this week that it was pulling some Curaleaf products from its shelves in light of the FDA letter, Investor’s Daily Business reported. Who Got the Work

• Cannabis law firm Vicente Sederberg has opened an office in New York. Elliot Choi and Jennifer Cabrera will co-manage the Manhattan office, which will put the Denver-based Vicente Sederberg closer to emerging markets in the northeast. >> Congressional Democrats Unveiled Legalization Legislation This Week. The bill by California U.S. Senator Kamala Harris (above) and New York Congressman Jerry Nadler would expunge past pot convictions and levy a 5 percent federal sales tax on cannabis products. The bill’s unlikely to go anywhere while Republicans control the Senate. But it could spark debate in the presidential debate. [Roll Call]

>> When the Law Says Using Marijuana Is OK, But the Boss Disagrees. “Some employers have already changed their policies on pre-employment drug screening, and not just to address the dissonance in punishing someone for using a legal substance. With unemployment so low, companies are finding that testing for marijuana adds an unnecessary barrier to hiring top talent.” [NYT]

>> New Jersey’s Supreme Court Will Consider Weed in the Workplace. The high court will hear the case of a funeral director who says he was fired after hs employer learned he was using medical marijuana as part of his cancer treatment. An appellate panel overturned a trial court finding that state law does not require employers to accommodate their workers’ medical marijuana use. [New Jersey Law Journal]

>> The U.S. Senate Took Up the Issue of Marijuana Banking. But will the Republican-controlled body ever vote on the SAFE Banking Act? CNBC noted that only one Republican, Idaho Senator Mike Crapo, attended the banking committee’s hearing this week on the challenges cannabis companies face trying to find a bank that will accept their business. [Credit Union Times]

>> The California State Bar Wants to Hear from Cannabis Lawyers. The bar has opened a 90-day public comment period on a proposed formal opinion that concludes a lawyer can advise a client on compliance with cannabis laws. [The State Bar of California]

>> Pot brownies in Quebec? Non. The Quebec government is proposing a ban on marijuana desserts that might appeal to children. Cannabis skin, hair and nail creams would also be banned. [CBC]

Our Calendar: Time to Mark It

Aug. 1 – Reed Smith presents the webinar ”Claims-Handling Best Practices for the Cannabis Industry.” Firm partner Michael Sampson will be one of the event’s presenters.