Wiisag Corp. of Neyaashiinigmiing in southern Ontario was on track to create the first outdoor medical cannabis grow-op in a First Nation. (Darryl Dyck/Canadian Press)

A legal cannabis grow-op on an Ontario First Nation has been stopped due to community opposition.

Chief and council of Neyaashiinigmiing First Nation enacted a temporary bylaw last month restricting an Indigenous cannabis company from operating on the reserve —  even though it is one step away from final approval by Health Canada.

„People were totally in the dark about what was happening with that cannabis farm,” said Ann Marie Proulx, who is a band member of the First Nation located on the Bruce Peninsula in southern Ontario’s Georgian Bay.

Proulx lives off reserve and said that she only found out about the grow-op by a post on Facebook after construction had already begun. 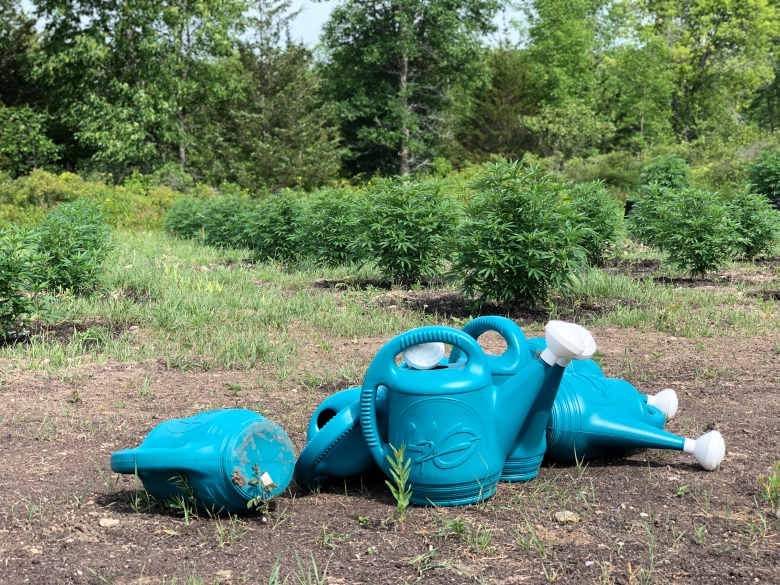 Plastic watering cans by rows of marijuana plants on the Tyendinaga First Nation on the shores of the Bay of Quinte, between Belleville and Kingston, Ont., home to more than 40 pot shops. (Stu Mills/CBC News)

Wiisag Corp., a company based in Neyaashiinigmiing that is behind the project, held local community consultation meetings in June although Proulx said they were more like job fairs.

She says she would rather have seen a series of educational meetings where the community could learn about the cannabis industry and benefits of cannabis to see if they wanted to invite the industry into the community.

Proulx said that the issue has fractured the community and now some families aren’t speaking to each other because they stand on opposite sides of the debate.

„It was really lazy business … it was very disrespectful to our community, our elders and our youth,” she said.

On June 28, the council passed a bylaw to regulate the cannabis industry on-reserve for the next 18 months while also calling for better consultation with the company.

„I’m in a position where I take my responsibilities seriously and I believe that a different process would have been so much better for everyone,” Chief Greg Nadjiwon told CBC. 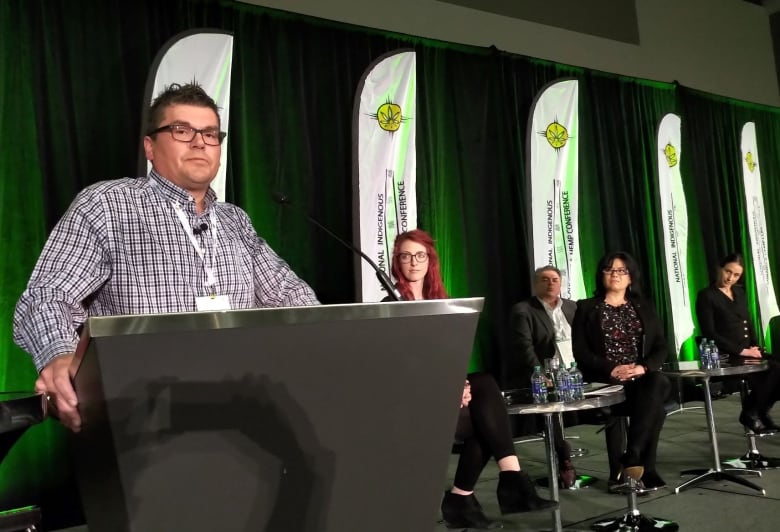 He added that chief and council takes their direction from the community and the future of the development will be unclear until after local elections on Aug. 2.

Nadjiwon is running for reelection against Jake Linklater, one of the founding members of Wiisag.

Shutdown is  a 'disaster’

Wiisag CEO Joel Strickland said having the project shut down is a „disaster for all kinds of reasons.”

Strickland insists Wiisag was consulting with the community and also following every law and regulation set out by Health Canada to obtain the legal license.

He said this has left him feeling like a 'moron’ for following the rules.

„On other reserves people are growing outdoor cannabis without a Health Canada license,” said Strickland.

He was referring to Alderville First Nation, located about 30 kilometres north of Cobourg in southern Ontario, which has garnered attention for a section of highway dubbed the 'Green Mile’ because of the number of cannabis shops along it. And Tyendinaga First Nation near Belleville, also in southern Ontario, which is currently experiencing an economic boom from the 40-50 cannabis shops that have opened in the community.

„All we want to do is do the right thing and build a sustainable business that gives a lot of opportunity to local people,” said Strickland.

Strickland said the operation would bring 35 jobs to the community and several hundred thousand dollars in direct benefits to the First Nation.

Wiisag Corp. was on track to create the first outdoor medical cannabis grow-op in a First Nation and would be the second Indigenous-owned First Nations-based cultivation business.

„The legal part of the consultation is that the license to cultivate cannabis is issued by Health Canada,” said Michael Johnston, who is a member of Neyaashiinigmiing and lawyer who is currently not practising.

„The Crown has a duty to consult — long established now — with Indigenous people when contemplating an action that could impact their rights and interests,” he added.

Companies that grow and and sell cannabis for medical or recreational purposes require federal licences. Health Canada issued a „confirmation of readiness” to Wiisag in May, the final stage before receiving a cultivation license.

In an email response to CBC, Health Canada said it does not comment on active applications for cannabis licenses.